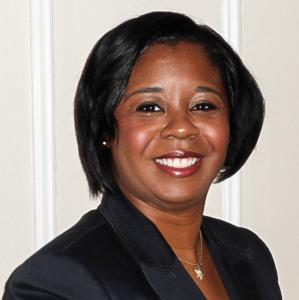 Alexia Hudson-Ward, pictured, was chosen as the new director of libraries. The previous director, Ray English, retired in June 2015.

Oberlin will officially welcome Alexia Hudson-Ward as the new Azariah Smith Root Director of Libraries on July 1, but she has already received warm greetings from students, faculty and staff.

“Ms. Hudson-Ward’s vision for the college library system, broad professional experience and enthusiasm were unmatched in a very competitive pool of candidates,”

Associate Dean Pablo Mitchell, chair of the library director search committee, wrote in an email to the Review. “As library director, she is going to be a very important member of the College and the town of Oberlin.”

Hudson-Ward, who previously worked in library systems at Pennsylvania State University, West Chester University of Pennsylvania and Temple University— where she was an undergraduate— said she is excited to work with Oberlin’s current library staff to make enhancements to Oberlin’s system.

“My responsibility is really in leading, but in also co-creating a rich and dynamic environment upon which students, faculty and staff can perform at their highest level,” Hudson-Ward said.

The position includes being responsible for the four campus libraries — Mudd library, the Science Library, the Conservatory Library and the Clarence Ward Art Library — as well as overseeing technology integration, engagement with College archives and assistance with library-related outreach and education.

After being recommended for the position by a mentor, Hudson-Ward interviewed first with a search committee and then, after becoming a finalist, underwent a series of on-campus interviews over the course of three days in early March.

Although this was her first visit to Oberlin, she had previously familiarized herself with the town’s abolitionist history throughout her courses at Temple.

Hudson-Ward said she feels as though she’s been working toward this specific position since her time as an undergraduate. To her, Oberlin exemplifies the intersection of education and social justice.

“It really is the chance of a lifetime to lead an incredible library system, to be in a town that has such a rich abolitionist history, and neither one of those facts rests lightly on my shoulders,” Howard-Ward said. “I’m very clear of the ‘bigness,’ if you will, of both of those aspects.”

The previous director of libraries, Ray English, retired in June 2015 after 25 years on the job. English became Oberlin’s head reference librarian in 1979 and went on to take over the director position in 1986.

Under English, Oberlin earned the 2002 Excellence in Academic Libraries Award from the Association of College and Research Libraries.

“Ray … has left me such big shoes to fill, and I’m very, very humbled and very, very excited to take the position, but I know I have a lot to learn,” Hudson-Ward said.