Off the Cuff: Joshua Pribanic, Journalist and Filmmaker 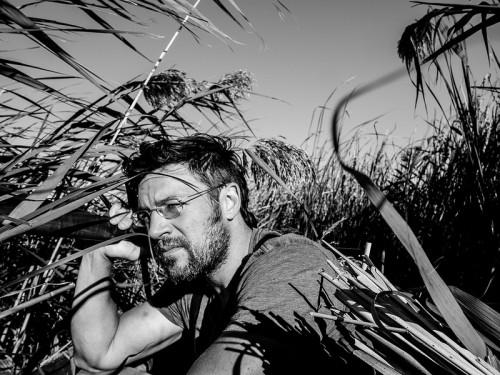 From where did you draw inspiration for Triple Divide? How heavily is Pennsylvania affected by fracking?

The inspiration for the film came from a request from the residents in Potter County, PA. They asked that I come and take a look while I was doing work in grassroots journalism in Ohio. I was covering ground fields and postindustrial pollution, so I had some familiarity with the chemicals being used and how they’re supposed to be handled.

So when I went, I got a chance to see what fracking actually looks like on land, which I had had a vague impression of after reading articles from ProPublica in 2009. I did not understand the amount of land that was needed for production, and the amount of chemicals that were really on site, and all the pressure, and those sorts of [things]. I asked to talk to the local journalist who was covering this issue, and it just so happened to be someone my age who was really passionate about the topic and decided to stay home to cover it in a county of 18,000 people, in a 12-page paper. She was a veteran to style — New York Times-quality or better reporting. So I said “Do you want to do a documentary?” She agreed, and [I thought that] this was perfect. From there, she and I decided to take it on every day in June 2011.

Exactly how bad is it in Pennsylvania? The only way to see what’s happening is through these records, but these records have been concealed, they’ve been withheld, they’ve been mishandled. The state of Pennsylvania has not aggregated a record for the total number of water complaints from fracking until we did in 2015, in September. We made a map for 17 of the 40 shale gas counties. Before that, the state had no idea what it looked like in like Susquehanna Township. They didn’t understand how many cases they had. Are there clusters? Where do we have problems? The public had no idea, but our report found that the impact of water contamination has affected Pennsylvania far more than the EPA said in 2015 and what Pennsylvania has been telling people for the last three or four years.

These are issues that we stumbled across with Triple Divide: water contamination. We didn’t realize how bad it really was until we got those records out of the state office. Now, scientists from Cornell are looking at them. Scientists from other countries are looking at them. I’m working with the Center for Public Integrity out of Washington, D.C. to do a larger investigative report to talk about how these records are being mishandled, how water contamination is being covered up.

How did you get your start in grassroots journalism? How did your current paper, the Public Herald, act as a platform for you to create Triple Divide?

I started to take journalism seriously around 2006 or 2007 as an institution in democracy that I really valued. From there, I decided that my best efforts in journalism would be at the local level, so I became a hyper-local journalist in northern Ohio. I started a grassroots paper there called the Erie Wire, and after that, I got the attention of the people in Pennsylvania — that’s how I met my partner Melissa Troutman — and we started Public Herald in September of 2011.

Did you find that members of the fracking industry in Pennsylvania were apathetic to the effects they were having on local residents?

The industry as a whole understood the malice that came with drilling. They understood the sacrifices and that families would have to deal with that. From our experience in the research, it is basically rolling the dice. There will be impact, but to say definitively which house — it’s going to be impossible. The industries approached these households as if there was going to be no impact at all, and everything would be fine, and that they would restore their land to the way it always was, or better. They willfully were deceiving to residents across Pennsylvania.

The first farmers who signed leases, signed leases for $5 to $85 an acre for their land. In that lease, there was renewal after five years for the same price, and the famers had no idea that their more informed neighbors down the road were making deals for $1,000 an acre. If a farmer decides that they don’t want to cause trouble for the company and the company will do whatever they can to help the homeowner, that relationship stays strong. But if a farmer decides that he wants to be involved with or talk to the press, then the industry shows a completely different face to that homeowner. The idea that the industry was acting responsibly in the start or is acting responsibly in the field hasn’t added up yet.

How have you seen fracking and oil companies invade and co-opt individuals’ constitutional rights?

That’s actually the subject of our next film, the Invisible Hand. Basically, communities have spent decades understanding where they wanted industry, where they wanted residential development, where they wanted agriculture through their comprehensive planning and zoning. Ohio passed a bill that says that this kind of comprehensive plan — that regulates where a drilling rig can go based on local township desires — is legal, and that local law cannot preempt state law. So there you have it: a clear violation of people’s constitutional rights from the start.

They can’t decide where a corporation is going to be that could have potentially harmful environmental impacts. That corporation’s property rights, at the state level, are considered more important than the constitutional rights on a local level. The battle is being weighed right now, and in Pennsylvania the scale has tipped closer to the communities because the communities have passed community rights bills. Pennsylvania has been able to get the same bill Ohio has, that says that [local] laws can’t override state laws … shot down by the Supreme Court. The Supreme Court said, “No, it’s unconstitutional for state laws to override local laws. Local laws have to be respected, and they have to be enforced.” Now these community rights bills are in court against these corporations. The courts are deciding right now who’s going to win. Is it going to be corporate rights that override community rights and constitutional rights for people? That really important outcome is what we’re documenting, and that outcome is not clear.

These bills of rights often include clauses for what is called “the rights of nature,” and corporations that are suing the town and suing [farmers] now actually have to sue the watershed. … There’s this completely new legal framework that is happening that arose out of fracking. Before, there were these kinds of shadowy morals around the rights of nature, but now that fracking is in the foreground, it has forced these communities to use that to protect their own rights as well as the environment in a way that they hadn’t really thought about before.

With your next film, Invisible Hand, what do you think will be different?

We will allow the communities to basically tell the story, and we’ll kind of sit as third-person narrators. That’s something that will definitely be similar.

One thing that will change is that the Triple Divide was extremely educational, and we focused a lot on facts, records and on lessons. With Invisible Hand, it will be a lot more about the person-to-person conversation that happens within the film. … It will feel more like you are taking part in what is happening, because it is real-time and we’re going to show it that way. It will make you question if it had only happened yesterday, and it should, because this stuff is happening everywhere, and we want people to feel the presence of that and the urgency too. This is whether or not democracy will survive the free market. Will the external costs of the free market be too great to perceive? This film will put you in a completely different place than the first one does.