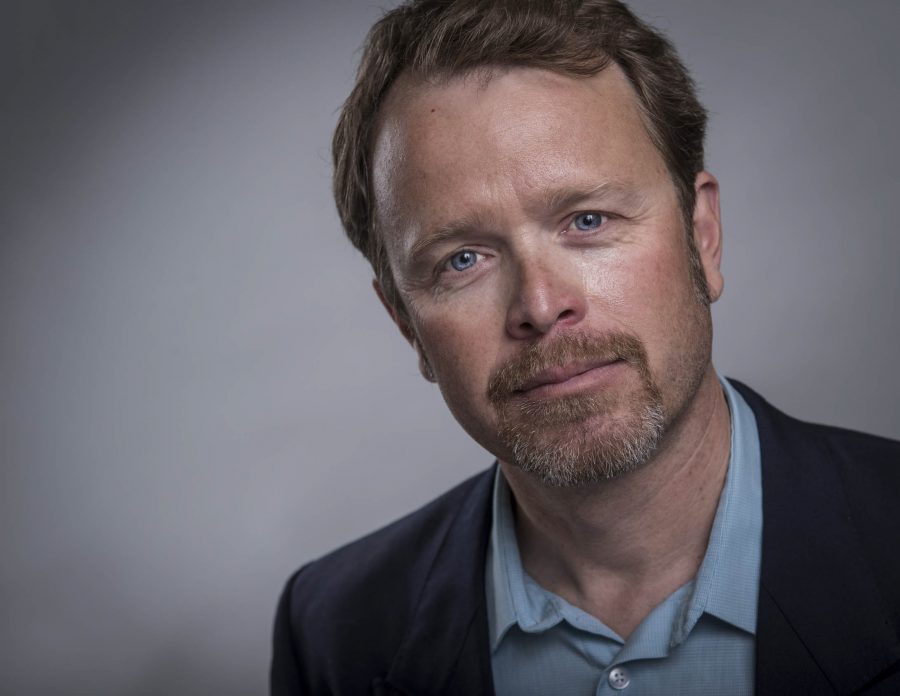 Brett Walker is a Regents Professor of History at Montana State University with expertise in Japanese health and medicine and its environmental history. After graduating from the College of Idaho in 1989, Walker spent several years traveling and studying Japan before earning his doctorate in Japanese History from the University of Oregon. Walker has written books on a number of topics in Japan such as the indigenous Ainu people, the disappearance of Japanese wolves in the last century and the history of Japan’s industrial-caused diseases. Most recently, Walker has been studying the concerns of asbestos poisoning following the Fukushima triple disaster in 2011, when a tsunami led to the meltdown of the area’s major power plant and raised many questions about the safety of nuclear plants in Japan. Walker gave a talk on the issue Thursday afternoon in Craig Lecture Hall.

Between your specialties in Japanese and environmental history, which interest did you pick up first?

I think it started with Japan. I traveled around Japan and became very interested in it. I went to a liberal arts college as well, and as I began researching the environment for graduate school, that was when I really began looking into environmental topics.

When I first traveled in Japan, I lived in the northern island of Hokkaido, and it fascinated me how much it reminded me of living in the western part of the United States. There was wild country, snow in the winter; skiing was good — it reminded me of home. So when I began studying the Ainu people a little bit, it was pretty natural that I would draw comparisons between the Ainu and the Native Americans of the United States. When I began looking into Ainu more carefully, I noticed that a lot of the same environmental changes that affected Native Americans — like the importation of smallpox — also affected the Ainu. So it was those comparative elements that drew my attention to the environment.

One of your books is The Lost Wolves of Japan. Can you talk about what it was like to research that topic and go around the wolf villages?

I really enjoyed that topic. It’s kind of a classic second-book project because you get to explore something a little closer to your heart. In my case, it was fun because I originally had slated funding to go to Japan to work in archives, but I asked my dean if I could use the money to work with wolf biologists in Yellowstone. So I went there instead. Afterwards, they let me go to Japan with the same funding, so instead of the archives, I went to all these upland remote villages. I saw areas where wolves had once lived, as well as the animals wolves interacted with that are currently there. One of the nice things about researching environmental history is it’s a very material subject and not very abstract. These are landscapes that persist in one form or another, and visiting those is an important part of environmental history.

In recent years, Japanese Prime Minister Shinzō Abe has stated his desire to reopen Japan’s nuclear power plants despite how devastating the Fukushima disaster was. What are your thoughts on the government returning to some very environmentally dangerous practices?

Prime Minister Abe is a tricky one because he really cut his teeth in the nuclear industry. He has very cozy ties with that industry in Japan. So in a political, cronyistic sense, it’s not surprising that he would be so supportive of nuclear power. To his credit, I’d say it’s a complicated issue. As anyone involved in discussions of energy knows, nuclear power is one of the sources of energy that will certainly alleviate a lot of greenhouse emissions from the planet. Japan, since the Kyoto project, has been very committed to reducing greenhouse emissions because of the threat of climate change. Since Japan is maybe the most prosperous and powerful island-country on the planet, issues like sea-level rise are real issues they need to think about. So the cynical side of me says he’s just doing this because he’s cozy with the nuclear industry, but the less cynical side says I need to be open minded about it, because what are the alternative sources of renewable energy? Are we going to burn coal? Should we dam rivers or build nuclear plants? None of the alternatives are particularly good, so all of them need to be weighed. Clearly, regardless of what happens, Japan’s regulatory regime needs to get a handle on safety.

How do you view Japan’s desire to maintain certain criticized traditions such as whaling and dolphin hunting?

Actually, I don’t view whaling as preserving an old tradition. I view it as preserving an invented tradition. Japan has whaled for a long time, but whaling was an incredibly minor part of the economy for a long time. It didn’t pick up until the late 19th century when it began modernizing. So it only really picked up after the Pacific War when there was borderline starvation throughout Japan. My ex-mother-in-law told me she won’t discuss it because it reminds her of school lunches in Japan. What it mainly is, for some communities, is a symbol of defiance and Japanese nationalism. It’s like, “Screw you, we’ll eat whatever we want,” and that’s whales. What whaling is for Japan is a public-relations nightmare. But for a small handful of people, it does represent this symbol of defiance against the West and nationalism, so that’s why it persists.

Do you view Japan as being a much more environmentally conscious place than the U.S.?

I got into a pretty heated argument about whether the Japanese are environmentalists. This guy argued no because the Japanese haven’t set aside its own Yellowstone National Park. Japan has national parks, but they still allow fishing and hunting on them — they have a very different philosophy toward parks. His point was that the Japanese continue to whale, they exploit parks, so they can’t be environmentalists. But I responded by saying that the reason they’re environmentalists is because they have a more efficient automobile fleet, and better recycling and public transportation than we do. When it comes to the efficiency of their communities and cities, they’re much better than we are, which is where the battle needs to be fought. Yellowstone is not the source of our problems, cities are. That being said, it takes a certain amount of ethical strength to set aside lands like Yellowstone, which are powerful expressions of the American belief in wild lands, and I wish the Japanese had a stronger expression of that. On one hand, we have a lot to learn from the Japanese. The new hotel on campus is a good example. It reminds me of a Japanese hotel. You check into your room, you have to place the key into a little tray that turns on the electricity so you don’t use power when you’re out of the room. That’s something Japan has done in their hotels for 30 years.

What is the topic of the recent research you’ve been doing and will be speaking on today?

It’s about natural disasters and asbestos poisoning, particularly focusing on the March 11, 2011 triple disaster and the cleanup effort after that. During the cleanup there was a lot of exposure to asbestos. What I’ve learned is that Japan banned asbestos very late compared to other industrial societies, and there’s a lot of asbestos that persists in Japan’s urban environments. So I’ve looked at what steps Japan has been taking to mitigate that, because many people see asbestos as Japan’s next big health crisis. They used a lot of asbestos, and very recently. The U.S. phased it out in 1980, whereas Japan used it until 2006, so many of the buildings in Japan today still contain asbestos.