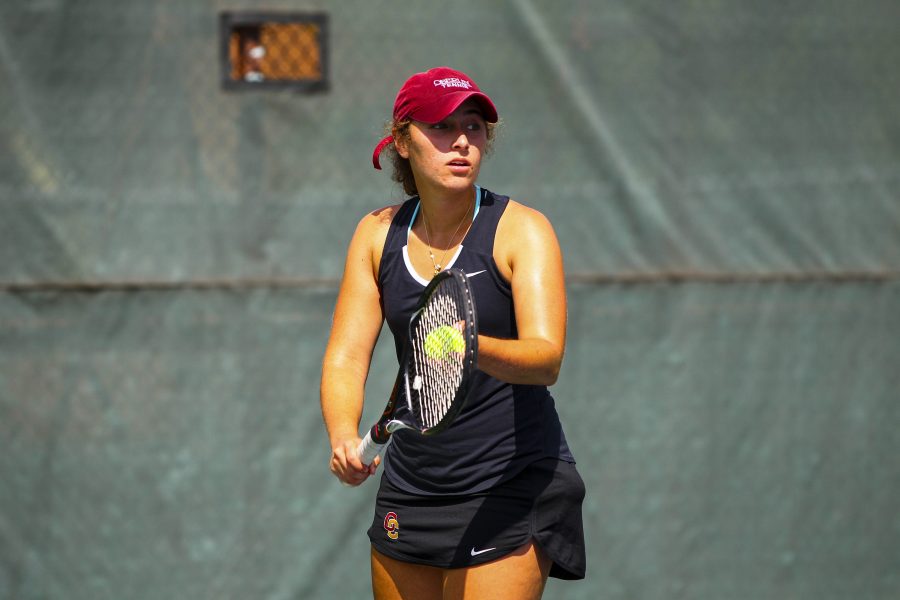 Over 100 women’s tennis players took to the Don Hunsinger courts for the 10th–annual Oberlin Invitational from Sept. 9–11. The invitational gave the Yeowomen a chance to compete against North Coast Athletic Conference foes Denison University and The College of Wooster as well as Division II Slippery Rock University and West Virginia State University. A total of 12 teams participated in the tournament, in which players and doubles pairs compete individually — no team scores are kept. Players are simply encouraged to compete in the spirit of early-season improvement. The invitational kicked off a four-week fall season for the Yeowomen, which will continue on Sept. 30 when the team travels to Kalamazoo, MI, for the Intercollegiate Tennis Association Central Region Championships. On Oct. 8, the team will close out its season by taking on two squads that were nationally ranked last spring — #12 Carnegie Mellon University and #32 Christopher Newport University — in Pittsburgh.