Off the Cuff: Michele Norris, Author and Former NPR Host 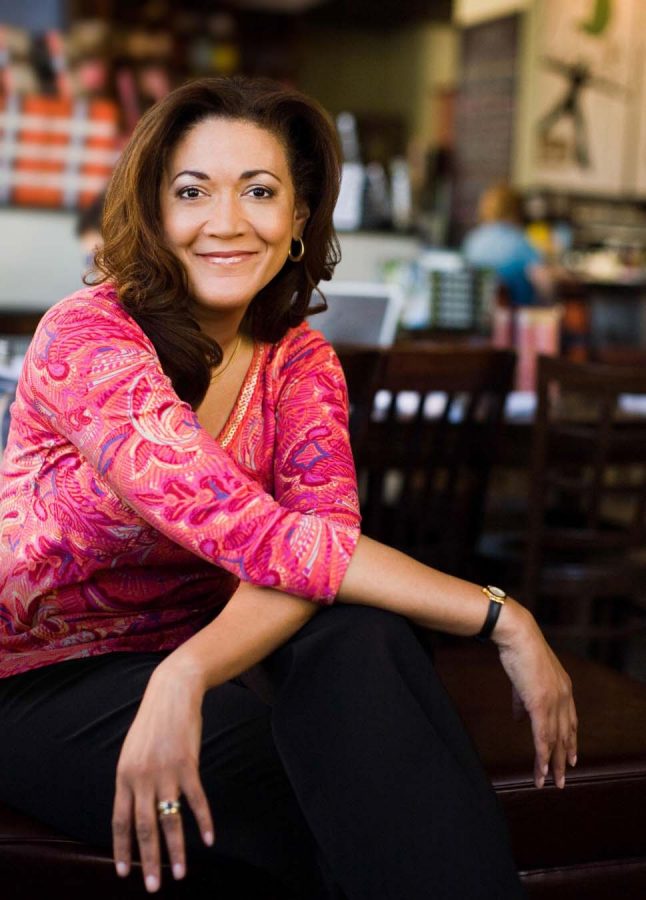 Michele Norris is an Emmy and Peabody Award-winning journalist who spent nine years as the host of All Things Considered, NPR’s longest-running program. After graduating from the University of Minnesota in Minneapolis, Norris began working as a print journalist at the Chicago Tribune, Los Angeles Times and The Washington Post. Norris then accepted a job at ABC News, where she worked for 10 years. Norris was NPR’s first African-American female host, and was awarded Journalist of the Year by the National Association of Black Journalists in 2009. At this year’s opening convocation Wednesday, Norris discussed the Race Card Project, which looks to start more conversations on race in the U.S. by having people submit cards to her that distill their thoughts and concerns about race into six-word sentences or phrases.

You’ve spent significant time as a journalist in all three fields of newspaper, television and radio. What was your journey like from papers to NPR?

My mom would tell you I started as a journalist when I was a kid in elementary school. I would write stories about the neighbors and sell them to them. It’s kind of like extortion because a little girl in pigtails knocks on the door and says, “I have a story about you! Would you like to buy it?” So, I mean, who’s going to say no to that? But after college, I started in print, and I’m really glad I did because it was the basis for everything that came after it.

I really learned to wrestle stories down to the ground as a print journalist. You learn how to write features in a certain way, much different than any other medium. I went into television because I was offered a job. I had never done television, and I went straight to network television, which was very unusual. I decided to do it because Don Graham at The Washington Post gave me a good offer and said, “If you hate television, or it turns out they hate you, which is always possible on TV, just come back to the Post. So go and try it out.”

And then how did the NPR gig come about?

I got a call nine years ago that there were two hosts retiring at the same time, so they had two spots they needed replaced. Somehow my name worked its way into their job search. So as soon as I got the call, I thought, “I’ve got to figure out how to do this and get that job,” because I had grown up listening [to NPR]. Minnesota was one of the first states to adopt the morning edition of All Things Considered. I always listened to public radio, had great respect for it and loved that you could play to all fields and do serious news, but that there were also moments of whimsy and joy. You could do cultural reporting, and I was fortunate that I landed it.

Was it hard to transition from newspapers to TV to NPR? Did you enjoy one form of reporting over the other?

Every transition was hard. Hosting is very different than reporting. You’re carrying the show, doing interviews, playing the role of a managing editor to decide what’s on the news. I loved the idea of it having longer pieces. Television at that point, the pieces were getting shorter and shorter, and I was doing feature segments at that point on ABC. They went from six minutes, to four minutes, to two. I worked on a feature called Closer Look, and by the end it felt essentially like a passing glance. So on NPR, getting to do a six-minute interview with somebody, you’re really able to get into the weeds and really help understand something. Taking an issue like the financial crisis, we’re going to help you understand what caused the economy to unravel. So I loved that as a reporter you could bring your full curiosity to work everyday. You could do a seven-minute piece on Jaco Pastorius, someone I love. So I could tell listeners that this is a man who changed the way of interpreting the bass. So for a seven-minute piece, I got to call Herbie Hancock, Marcus Miller and Pat Metheny and just said, “Help me understand how this man changed music,” because I knew there were people out there who would really dig this. So NPR was one of the few places I could do that.

One of the issues NPR faces is that their listening audience is oftentimes the older white demographic, and if there is music it’s usually classical, jazz or some soft alternative genre. When you got there did you face any challenges with trying to change somehow to appeal to a younger and more diverse audience?

I don’t know if there were challenges, but there was recognition of that. We knew that our core audience was largely white and older and that if we are broadcasters, we need to broaden our agenda and our appeal. That challenge is still there. It’s interesting you mention music, because NPR Music has overtaken Rolling Stone as the place to premiere music. But even so, it does lean heavily toward more alternative music, and they struggle to capture a hip-hop audience and its nuances. It’s interesting to talk about a changing America and changing the audience, because it’s something that NPR has struggled with and continues to struggle with, as they should. You should not get comfortable when you think you’re reaching that audience. America is always changing, so you have to keep improving.

Can you envision NPR in the future incorporating louder and brasher shows that deviate from its current format?

If you think about it, it’s more than it used to be, but maybe not enough for your ear. I remember one time somebody snuck some Nate Dogg music into one of the transitions between shows. And I remember I tweeted out, “I detected a subtle nod of the head from Robert Siegel.” It was a joke because it really wasn’t his genre, but that’s OK. But there’s also a time for things. So a news broadcast is very different than a Tiny Desk concert, which is different than a podcast like Code Switch. So if you have a full offering of programming, you’re going to hit people in different ways, and each of those shows will have a different kind of tempo. So when you’re doing a weekend show, by definition, it’s going to be a little looser. Whereas a news program that is reporting on war and pestilence, the pendulum is not going to swing in the same way.