In the Locker Room with Erica Rau 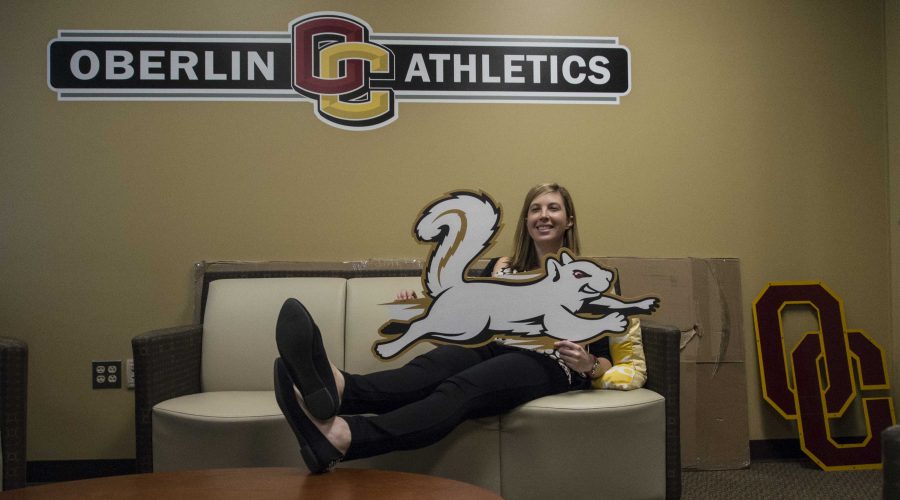 What are your daily responsibilities as the senior woman administrator?

Erica Rau: With my new role, I’m going to have more of a hand in the administrative processes with the department. So, I get to sit in the bigger meetings with Natalie [Winklefoos], Creg [Jantz] and Eric [Lahetta] and just be involved more with the day-to-day processes of the department. We want to work a lot with not only the women coaches, but also the women athletes to come up with some programming to empower them a little bit more and get them to really find their voice. I’m also the deputy Title IX coordinator for athletics now, which means I work with the Title IX office. I go to a weekly meeting and we discuss all of the Title IX cases that are happening on campus, and then I can advise students in those cases as well.

Do you think Title IX is well enforced within our athletics department?

ER: I do. I think there has been a lot of evaluation of it over the past couple of years. Our administrators now have done a really good job of making any fixes that they’ve seen or anything we need to do to get in line with Title IX.

From your experiences, have you noticed a difference in attention from our athletics department toward men’s and women’s sports?

ER: I think, here, it’s very equal. We are really lucky to have someone like Natalie, who is a smart, strong, independent woman. She really does a good job at being an advocate for our males and our females. I’ve been lucky to be at Carnegie Mellon University and Gettysburg College, where I think that women and men were supported equally also. I don’t think that’s the case at all institutions from a lot of talking to colleagues, but I think we are doing a really good job here.

As the senior woman administrator, what are your goals?

ER: I think my short-term goal is just to be here and to be a support system for all student-athletes, not just women. I’m another voice that student-athletes can come and talk to if they need support or anything. My more mid-term goal is to get some more programming going for women athletes and help them find their voice, empower them. Long-term, it’s a really exciting time to be a part of Oberlin College athletics and I’m excited to be here and I really believe in it, so I’m looking to see what we can do as a department next.

Are there differences in funding between the male and female sports teams?

ER: The biggest thing I’ve seen, and not just here, is that women are not as likely to give back in any type of fundraising. So women alums are not as likely to donate; men are more likely to donate to their programs. I also think our women’s programs here have not all been in existence as long as the men’s programs or may not have had a lot of stability and coaching, so the alumni network is also not as strong, which makes it difficult to give back and fundraise. But it’s something we all have to focus on for men and women coaches in this day and age. Budgets are short, so it’s definitely a focus and a priority for everyone.

Has being the head coach of the volleyball team helped you in your role as the senior woman administrator?

ER: Absolutely. Number one, just being a coach you deal with pretty much anything and everything, like whatever fire you have to put out that day. I think just getting to talk to a lot of different student-athletes and dealing with a lot of different situations has prepared me for this role. I’ve also been lucky that as a head coach, I’m still given other responsibilities outside my scope of just coaching, like working with [the Student-Athlete Advisory Committee], running some programming in the gym for females on campus, so that definitely prepared me for my role as well.

How have you seen the culture of Oberlin College athletics grow?

ER: This is my sixth year here. I actually was a little reluctant to take this job, but once I was here, after six months, I knew that this is a special place and a special department. It is an exciting time to be here. I’ve seen a lot of new coaching turnover in a positive way and a lot more support from the rest of campus — not just in terms of funding, but in terms of how people view us on campus. It’s changed so much in six years for the positive which is a big part of why I wanted to step into this new role and be part of the bigger picture.