On the Record with Suzanne Overstreet 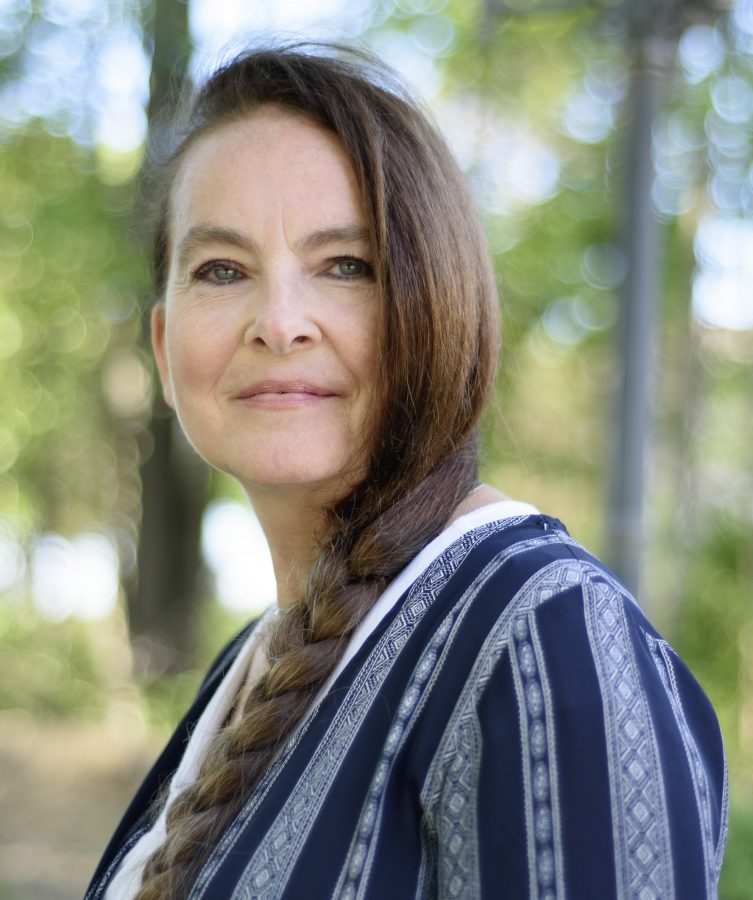 Community member and long-time Creative Writing Program Coordinator Suzanne Overstreet released her debut novel, Wait for Me, through eLectio Publishing in August. Overstreet spent over four years on the project, a historical fiction piece about her parents and their circumstances before and during World War II. Formerly a special interest writer for The Morning Journal, Overstreet has spent 28 years in various College administrative positions, including in the Office of the Chaplain (now Religious Life) and the Sociology department.

This being your first novel, what has your writing experience looked like in the past?

You know, I’ve always been interested in writing, ever since I can remember. Having a large family didn’t leave me a lot of time to really pursue that. I would send off little stories every now and then, not very many, over the years. And when this project came up I knew that the usual path would probably be to get short stories published or go through journals. I didn’t feel I really had that luxury of time, because I knew that’s very time consuming.

As an employee, you’ve taken classes at Oberlin, including Creative Writing classes. Were those in preparation for this project or out of general interest?

I’ve taken Psychology here, I took a horseback riding class through the [Athletics] department and most recently, about seven years ago I took two Creative Writing classes in alternate semesters — not in the same semester — so [it’s been] a little bit of a variety.

Do you feel your perspective from within the administrative side of the program has changed since you’ve experienced being a student here?

I was always encouraged to take classes I was interested in by the people that I work with here. When I [was first hired] … I thought, “Well, I really don’t have time to do that, I don’t have time to do the assignments,” but … I was interested in writing, and I had the opportunity, fortunately, to get into an intro class first, and I loved it. … I asked [ former visiting faculty member Chelsea Johnson] if she’d be willing to work with me on an independent project, which is 400 level. She said, “Sure,” so I then worked with her on that 30 page story, and again I really loved the process. I really soaked in everything that I was told, found it very interesting, asked a lot of questions and it just sort of fit in with what I do here. I could actually answer questions better because I sat in on those classes, so when I talked to prospective students and their families I could say, “Well, I was actually in that class,” so it actually was helpful for my job here too. It was a really good experience.

Your novel centers around your parents during World War II. What inspired you to explore that history in writing?

The [real] driving force was that I didn’t want my children — especially my younger son — to forget [their] grandfather. He was so young, he wouldn’t remember him. He was so small when my father passed away, and that really troubled me, … that all the things he used to tell us about what happened in the war and so on would just be forgotten, and no one would really know. And then I began to realize that not only was it important for my family to know that, but also in general I think it’s important for people to remember history, whatever history that is. In my case, it’s these stories about World War II and the letters that [my father] wrote my mother — the feeling that he put in there about really appreciating the fact that he would be able to eat off a plate when he got home instead of [out of ] a can. … Sometimes it’s helpful to sort of look at what other people [have] gone through that I think sometimes we don’t relate to because it’s so long ago. … Reading the feeling that he had when he was overseas, how much he missed his family, how much he wanted to come home and the struggles that he went through, I think I was really appreciative of … how good we have it now. When people are at war now, they can Skype, and they can see their loved ones; they don’t have to rely on getting a letter seven or 10 days after it was written. They can certainly be more in touch, and I think in some ways that’s really helpful for people who are away from their families. I realize that he didn’t have that luxury. It was a totally different scenario for those soldiers.

Those are the kinds of really personal details that don’t make it into textbooks.

Exactly. So it turned out that there were many things about the book that I see now … are actually helpful to people who read it that I didn’t realize when I was writing it. I had a certain tunnel vision at first about what I wanted to accomplish; then, after it was completed, I realized that there are actually things you can learn when you read it.

Do you plan to continue writing projects like books or longer short stories?

I’ve been asked by many people if there’ll be a sequel to this book, because it ends when my parents marry in 1946, and I think a lot of people who are outside my family … wonder what happened next. So there may very well be a sequel to that.

I took it in stages. First of all, I did a lot of research about what publishing companies were out there, what they were looking for. … I certainly didn’t send my manuscript off to publishing companies that were only interested in, for example, sci-fi, so I would rule those out. And then I just started sending query letters. … And then, as I think is true in a lot of cases unless you hit it lucky, sometimes you just don’t get responses at all, and sometimes you get responses that [say] “This project isn’t right for us,” but I got some encouragement that I should keep trying. … Every couple of months I would do this — I would send out five or 10 and then I would wait. … I was determined that the project had some value, and I was hoping that someone would see that.

What advice would you give to anyone looking to navigate the publication process, particularly someone who might not have the first clue how to do it?

Take time to do research about the industry, about what people are looking for. If you know you’re going to do a specific project like I [did], then you’ll have to find publishing companies or agents who are interested in that specific genre. … Be persistent. Don’t give up. It’s a long process, typically. Again, I’m sure there are people who’ve sent off a couple of queries and immediately got a hit, but I think that’s … an exception rather than the rule … and I think you really have to believe in what you’ve done, because … it’s easy to think that maybe your project is really not good at all, because when you get so many rejections, … self doubt starts to seep in, and you have to keep reminding yourself that this has value, that you have confidence in it, and that’s really all you can do. You hope that someone else will see the value in it, but you really don’t know, and so you’re stepping into unfamiliar territory. … It’s really frustrating when you don’t get any feedback at all, but you also have to realize that … many of these people are getting hundreds — if not thousands — of queries, and they may not have even seen yours, or they may just not able to write you back. So try not to take it personally.