City’s School Board to Consider Consolidation 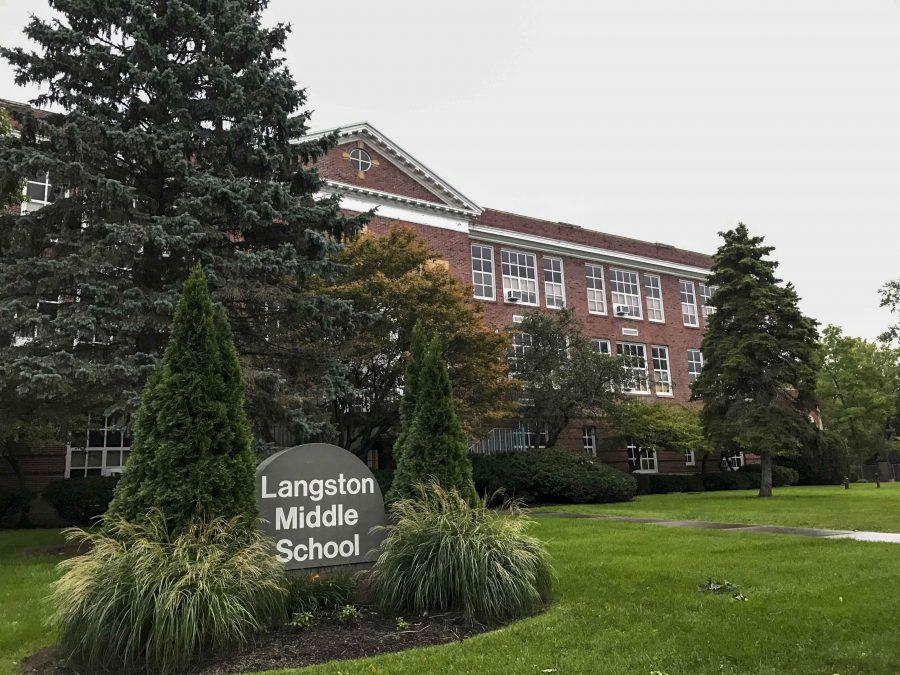 One of the Oberlin school district's four schools, Langston Middle School, sits on North Pleasant Street. The district is considering a variety of plans to consolidate space, as the current facilities are far larger than the district requires.

The City’s public schools are all over 50-years old and in substantial need of repair, forcing the Oberlin Public School board to consider a multitude of plans to revamp the run-down buildings, including even tearing down a few schools. In the coming months, the board will put together a committee tasked with finding the best way to update the aging infrastructure.

“Something has to be done to the buildings to upgrade them and get them up to par,” Superintendent Dr. David Hall said. “Whether that’s going to be a consolidation, renovation —we need to address the facilities’ issues, which we will.”

Chief among the problems at the schools — Prospect Elementary School, Eastwood Elementary School, Langston Middle School, and Oberlin High School — is inefficient heating. Many classrooms also do not have air conditioning. According to Ken Stanley, Oberlin Board of Education President, more than half of the district’s students study in classrooms without air conditioning.

“In many cases the temperature can get up to 85-90 degrees in classrooms [without] air conditioning] at some time during the year,” Stanley said.

Other maintenance issues, in combination with aging infrastructure, have rendered the buildings severely outdated, according to Hall. However, the board has not yet found a single plan they can rally behind.

Some members feel the best solution lies in consolidation. They contend that Oberlin has too many public schools and simply cannot maintain all of them. According to Stanley, the city’s four schools are designed for approximately 2,000 students in total, but only around 1,000 students are actually enrolled.

“We have a lot of space, but we in many cases have the wrong sort of space,” Stanley said. “That means it is expensive to maintain all of that space. We have four separate schools all of which are smaller than what the state considers to be the minimum size for an efficient school.”

Stanley hinted that consolidation could come at the price of tearing down Prospect Elementary.

“We haven’t found a repurposing use for Prospect, so it might be torn down,” Stanley said.

Other plans call for creating one K-12 school to house all district students; another proposes keeping all four schools and renovating them.

“There a number of people who feel we need to start fresh, build a single campus that would house all students,” Stanley said. “Or we tear down and repurpose different buildings. Some would be torn down, some would be repurposed. Some people feel we should continue to maintain four buildings, and there’s an argument for that.”

At the moment, even the superintendent is undecided what the town should do next.

“Consolidation, renovation, construction, everything is on the table,” Hall said. “I don’t have a favor either way. I don’t need a new building to say, ‘You know what, hey, I did that,’ so I’m not in favor of that. Whatever is best for the community, I’m in favor of.”

The committee is comprised of teachers, administrators, community members and people with expertise in construction and finance, but members are reluctant to identify themselves at such an early stage in planning. Prospect Elementary Principal Jim Eibel acknowledged he is on the committee, but declined to say who else was on it.

In order to come to a decision, the committee will pull together more information regarding each plan. Once they reach a consensus, they will make a recommendation to the school board regarding what should be done. The school board will then vote on the proposed plan.

Stanley expects to have a set committee by the end of the year.

“It’s something we have to make a decision on, but it’s something we have to get right,” Stanley added. “It’s a big decision, obviously. It’s a huge decision. Whichever way we go we’re likely to stick with it. If we build a new building, we’re obviously stuck with it for 25-30 years minimum. If we go another route, we’re probably precluding the new school building route for a while.”