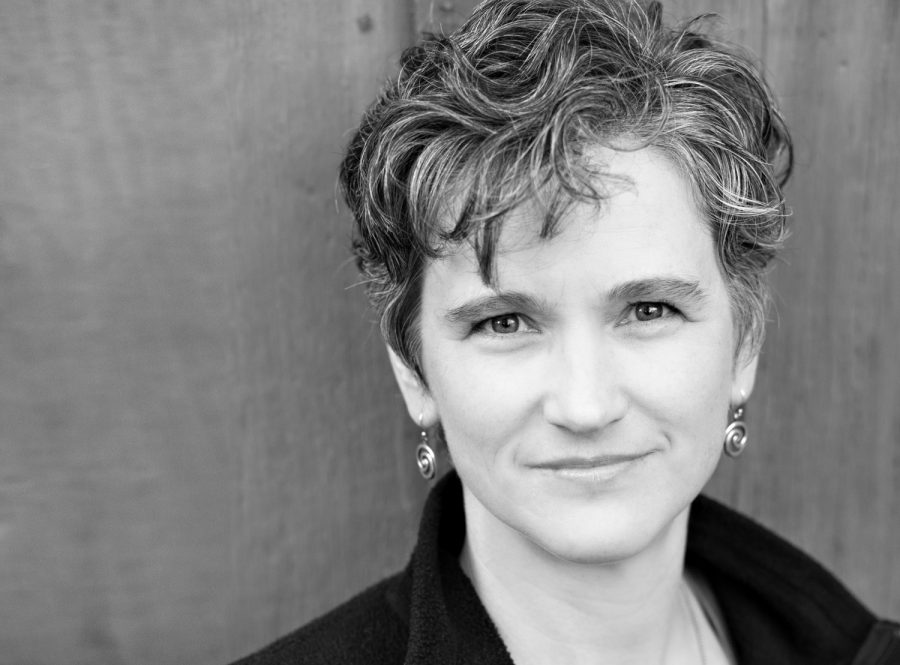 Cindy Frantz is a Psychology professor who studies social psychology with an emphasis on bias and discrimination. Frantz teaches classes about implicit bias and ran a workshop with faculty and staff on reducing implicit bias Thursday. Frantz also researches environmental psychology, works with the Environmental Studies Program and directs the Community Based Social Marketing Research Project, an initiative that finds ways to help reduce carbon emissions at the College.

Can you briefly define implicit bias?

Implicit bias is the result of the way we’re hardwired to function. There are several things about human beings that lead to implicit bias, and they’re really adaptive most of the time, but then you combine them in a situation where you have marginalized groups and negative stereotypes, and it becomes very toxic.

A lot of our decision-making and processing happens completely unconsciously. So we don’t know what’s going on in our minds. And so someone might look in their mind and say, “I’m not racist,” but they can’t know that because so much of what’s going on is happening below conscious awareness.

Another really important thing is that we categorize constantly. So when you walked into the room, you had a category for chair that made it possible for you to know where to put your butt. We absolutely, positively have to categorize or we could not function, and one of the things that we spend a lot of time categorizing is people. And we also do that completely automatically. So anyone who says, “I don’t judge people based on their group, I always look at them as individuals” — they do. They categorize people. And then they might look at them as individuals as a second step, but the categorizing happens completely automatically. And then if we pretend we’re not categorizing, that’s not helpful, that’s ridiculous.

Then the third thing that I think is really important to understand is that we are social creatures. We are very influenced by our social environment and the people around us. Right now we live in a racist world. We’re exposed to negative depictions of people of color constantly. Whether or not we believe them or endorse them, they are in the air that we’re breathing, so they’re going to influence us.

When is implicit bias most likely to happen? That’s a really important question, and then the next question is: What can we do about it?

So we can override our biases. You can have a correction process, basically. Let me give an example. I’m walking down a city street at night, I notice there’s a Black man walking behind me, I have an implicit immediate reaction of fear, then my rational mind can say, “I don’t need to be afraid, I’m OK.” So there’s a correction process that can happen. If we’re distracted or cognitively tired, that correction process doesn’t happen and then the implicit bias is more likely to happen.

The other circumstance in which we’re more likely to engage in implicit bias is if we’re feeling defensive or threatened. Sometimes we use our implicit biases to feel better about ourselves or to defend ourselves.

There’s actually a lot of research on what can do we about this. For white people who don’t want to be racist or don’t want to be biased, it’s really important to not take it personally and not feel like anyone is saying, “You’re a bad person.” Because it’s not about you. It’s about the way humans are hardwired and it’s about this racist society that we grew up in. So don’t waste any time on shame. Instead just focus on, “I have this good intention, how can I act on this good intention?”

Becoming aware of your own bias is the first step. There’s actually a number of things you can do to kind of retrain your brain. There’s research showing that when we’re exposed to counter stereotypic exemplars, like Barack Obama — incredibly competent, the President of the United States, I really think he’s helping people develop a new association with Blackness. They’ve also done exercises with police officers where they’ve had them do this categorization task where they’re associating Black faces with positive words, and that actually helps them literally retrain the wiring in their brain. But you have to be committed, you have to put effort into doing that.

Perspective-taking seems to be important — really understanding what it’s like to be another person. … We have these things called mirror neurons. So when you are writing, and I’m watching you, the part of the brain that’s involved in me writing lights up a bit, since I’m watching you write. It’s a really important part of empathy — when you’re doing something, my brain is kind of doing the same thing too. White people don’t do that when they’re watching Black people. Those mirror neurons don’t light up. So perspective-taking is a way basically to get those mirror neurons to light up.

What can be done about implicit bias in police shootings?

Think about a situation where a police officer doesn’t know whether it’s a life or death situation, has to make a decision really, really quickly, there could be a lot of noise or it’s dark. Those are objectively really difficult decision-making moments. What we know is that simply seeing a Black face makes people more likely to perceive an object as a weapon. So that’s a problem. And I think that another huge problem that we have right now is there really is no accountability. And that’s not about implicit bias.

It’s really true that many of these police officers are acting really quickly. They’re completely acting from a place of implicit bias, but they’re not doing it on purpose. It’s not like they’re sitting there thinking, “I’m a racist, I’m going to shoot this person.” They’re genuinely thinking they’re doing the right thing in that moment. So that’s a problem, and we as a society need to change the implicit associations with Blackness. That’s a long process, but that’s something we can work on.

Why should police officers be motivated to do that if they’re not held accountable for their actions? Because that process of re-learning associations takes effort and commitment. If there’s no accountability for their behavior, why should they bother? I think that’s the other part of the problem. There needs to be accountability.

Are racial stereotypes always the strongest and most persistent biases?

No. We can be biased on any dimension at all. It’s whatever category is most salient and important in that social context. So in Sweden, for example, the distinction between Swedes and Finns is really important even though they’re all blond-haired and blue-eyed. So it is not inevitable that we do this about race, it’s just that right now, in our cultural context, race matters.

Are there things that our society can do to make future generations less biased?

I think we really need to try to not teach the stereotypes in the first place. That is the ultimate prevention strategy. That means kids see people of all backgrounds in their history books doing important things, people see pictures in the media and the bad guys are all different colors and the good guys are all different colors. We learn those associations really deeply and they basically haunt us for the rest of our lives, so I think that efforts to make sure that media representations are not biased is a really important place to put energy.