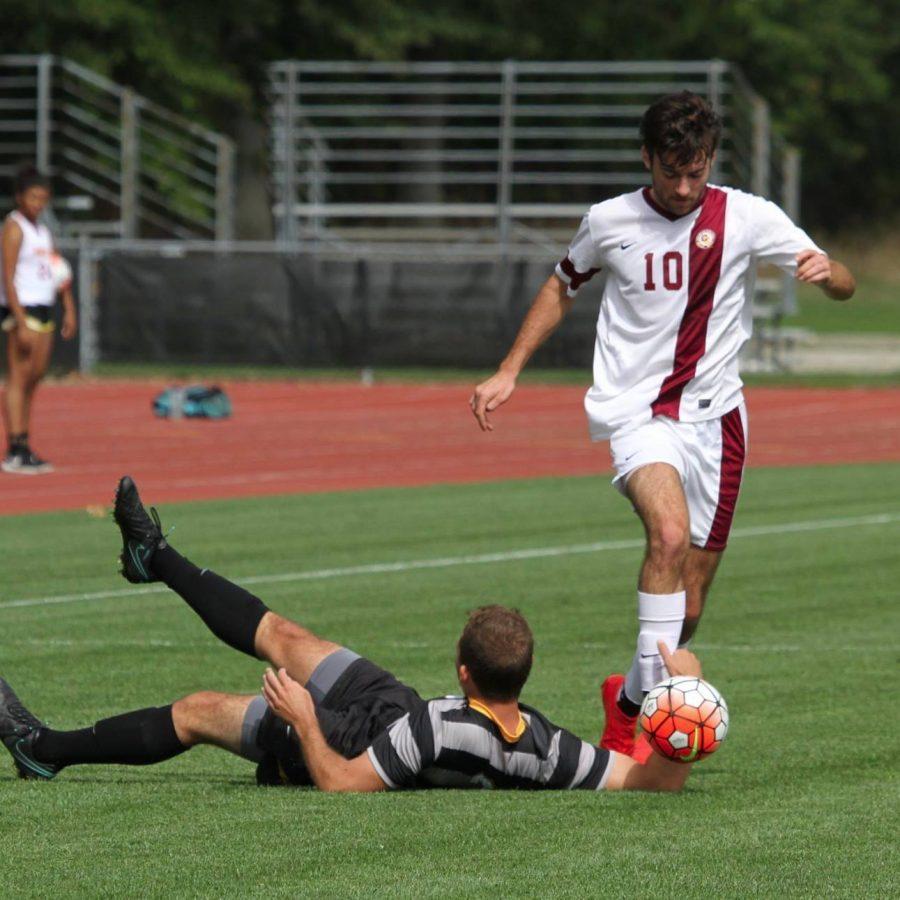 After scoring game-winning goals over the Baldwin Wallace University Yellow Jackets and the DePauw University Tigers last week, senior midfielder Nick Wertman was named the North Coast Athletic Conference Player of the Week. The Westlake, Ohio native currently is tied for the team lead with three goals and eight points.

A two-time Second Team All-NCAC selection, Wertman plays a key role for the squad being ranked No. 25 in the most recent National Soccer Coaches Association of America top-25 poll released Sept. 27.

In a Homecoming-weekend thriller, Wertman netted a game-winner in the game’s closing minutes against DePauw. The 2–1 victory extended the Yeomen’s win streak to six games.

Last year, Wertman tallied five goals — three of which came after the 85th minute — which led the Yeomen to two wins and a draw against No. 20 Case Western Reserve University.

One of the most memorable moments of his career came in the team’s 2015 regular-season finale at Denison University. Wertman’s double-overtime, game-winning header catapulted the Yeomen into the NCAC Tournament for the second time in the past three years.

During Wertman’s rookie season, he was a part of the All-NCAC Honorable Mention squad while helping the Yeomen receive an at-large bid to the NCAA tournament.

Currently, the Yeomen are 7–1–1 after a 1–1 tie against Otterbein University Wednesday. Tomorrow, the team will look to secure its second NCAC victory of the season against The College of Wooster under the lights of Fred Shults Field at 7 p.m.