Off the Cuff: Gregory Kulacki, Nuclear Weapon and Control Expert 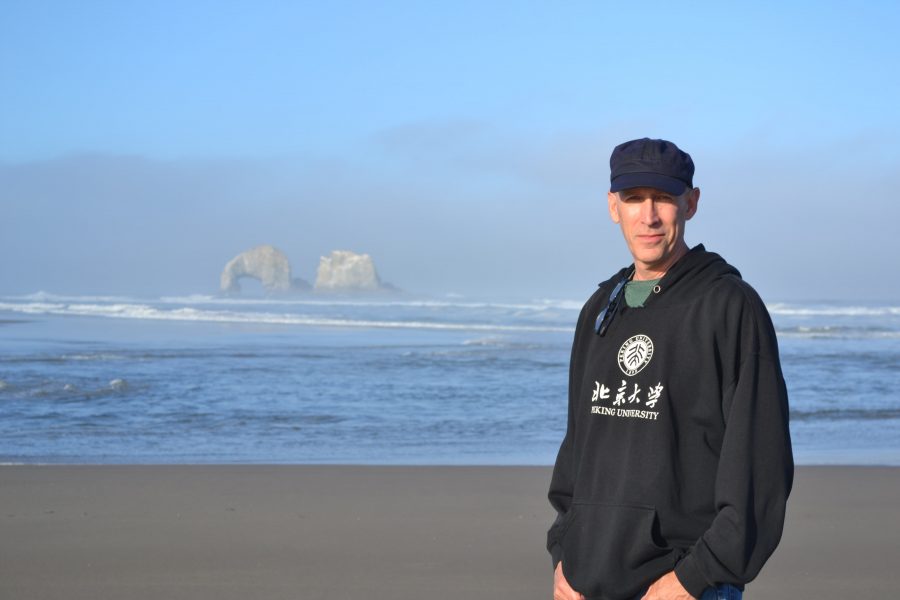 Gregory Kulacki specializes in cross-cultural communication between the United States and China. He has been working for the Union of Concerned Scientists since 2002, promoting dialogue amongst experts in the U.S. and China on nuclear weapon control and security. He has worked with the House of Representatives’ U.S.-China Working Group, the Senate Armed Services Committee, the U.S. National Academies, NASA and the Office of Science and Technology Policy. Kulacki, who is fluent in Mandarin, has lived and worked in China for over 20 years. Prior to working for the UCS, he served as an associate professor of government at Green Mountain College, director of external studies at Pitzer College and director of academic programs in China for the Council on International Educational Exchange. Kulacki gave a talk Monday in the King Building about the possibility of nuclear war between the U.S. and China in the near future.

Can you briefly explain some of the main sources of tension between the U.S. and China in nuclear weapon threats and relations?

In a nutshell, the problem is that we don’t trust each other. We don’t talk enough about why we don’t trust each other, and as a result we’re arming to defend ourselves from each other. Both of our countries have nuclear weapons, and we talk about that even less, and as a result of that there’s a lot of miscommunication about intentions that could lead to an accidental war. If that happens, there’s a surprisingly high probability that nuclear weapons might be used by one side or the other.

In your opinion, how likely is a nuclear war between the U.S. and China within the next few years?

There’s no way to quantify the risk. I’d imagine that you could get the best actuarial mathematicians in the country and they wouldn’t be able to put together a formula that could give you that number. So I can’t answer that question. What I can say is that 365 days a year, 24 hours a day, the United States and China are a few bad decisions away from launching nuclear weapons at each other. We have an increasingly tense relationship for a variety of different reasons that seem to be getting worse. So I’d say the problems are getting worse, not getting better. The risks are increasing rather than decreasing.

How did you become interested in your field of work?

Well, I got this job looking for work in the Chronicle of Higher Education. I answered an ad. Before I went to the Union for Concerned Scientists, I had no background in nuclear issues at all. And my job isn’t really as much about the weapons as it is about the people who think about them and plan to use them in both countries. My job is to get those people together and get them to have conversations with each other in order to be clear, first of all, about what their intentions are, but also to sort of work on dismantling the distrust that leads them to want to use these weapons and have these weapons in the first place.

What does the Union of Concerned Scientists do, and more specifically, what do you do when engaging with the cross-cultural communications between the U.S. and China?

We do three things, basically. The first thing is that we observe what is being said by government officials and by the media. We fact-check that and we write about what we find. The second thing we do, and I do for the Union of Concerned Scientists, is talk to people in the United States government, since that’s the government of the country I’m from and that I live in — the government of the country that’s democratic and open enough to listen to people’s opinions. And we try to advise them on policies that we think would be more constructive to eventually eliminating nuclear weapons, which is what our organization aims to do. And the last thing we try to do is to improve communication between both sides. And we do that in a variety of ways, including convening meanings and conducting exchanges where the two sides have a chance to talk to each other.

What do you think of the presidential candidates’ policies, or lack thereof, on the issue of U.S. and Chinese nuclear tensions? Who do you trust more concerning this issue?

I am forbidden by law to make any public comments on candidates or elections because of the legal status of our organization. So I’m not going to answer that question. I will say this: In the campaign, the question has been whose finger is on the button when the question really should be the button itself. Should we really put ourselves in a situation where one individual, regardless of who that individual is, has the power to destroy human civilization as we know it?

After living in China for over 20 years, could you describe some of the cultural and social components you picked up that currently help you with your job?

Well, first of all, language is critical. One of the problems we have, especially in the defense-related and foreign policy-related area, is that most of the people who work in these fields have marginal Chinese-language skills. So language, more than anything.

One of the problems our defense, intelligence and foreign policy professionals have is that they don’t do that because they can’t do that. The United States government isn’t going to hire anybody that spends as much time in China as I have. I have too many friends. I have too many associates in China, and that poses a security risk. And it’s a perfectly understandable problem, but it leads to a very superficial level of cultural understanding in our bureaucracy that, in my opinion as a cross-cultural educator, is actually the source of the mistrust. We don’t really understand who we think our enemy is, who I don’t really think is our enemy. If we just figured out how to leverage all the people in society who have that cultural experience, who can better inform our government, I think that would go a long way in solving some of the security problems we have. It would certainly solve the trust problem, or help solve it. I mean, there are very real disagreements between the United States and China that are hard to solve, so I’m not just saying that they’ll all go away, but it’ll make solving those very serious disagreements much easier. And it’s certain to lead to a lower probability of either side resolving to violence to try to solve them.