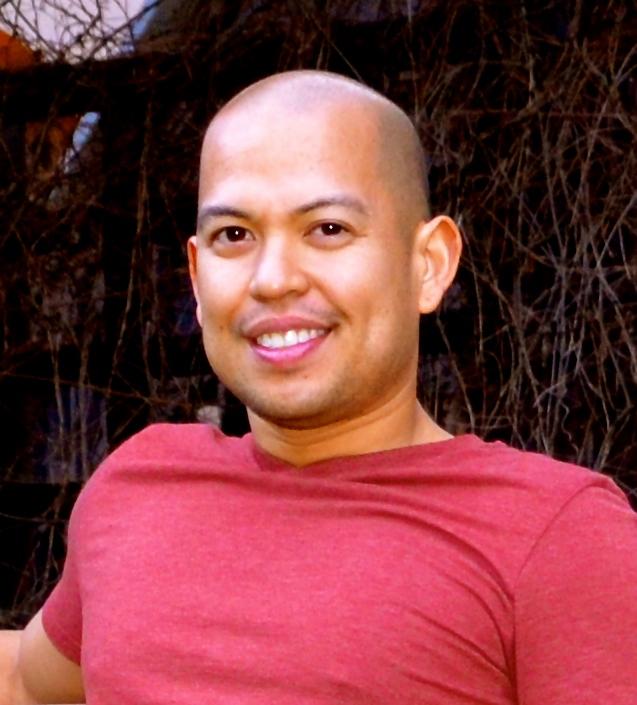 Anthony Ocampo, Ph.D., is a sociologist who focuses on immigration, race and LGBTQ issues. He is the Assistant Professor of Sociology at California State Polytechnic University, Pomona, and is a Ford Foundation Fellow. He wrote e Latinos of Asia: How Filipino Americans Break the Rules of Race, which examines the complexity of Filipino racial identity. These studies highlight how Filipino-American identities can change depending on the communities they live in and the groups they associate with. His book was recently featured on NPR’s Morning Edition. Ocampo is currently researching LGBTQ relationships within Filipino-American communities. At Oberlin’s Filipinx American Heritage Month Banquet on Saturday, Ocampo delivered the keynote speech.

What kind of work do you do as a sociologist?

As a sociologist, I focus on immigration, race and ethnicity, gender and sexuality; specifically, I do my research on Filipino Americans, Latinos and Asian Americans in Los Angeles.

How have your own experiences as a Filipino American informed your research and writing of The Latinos of Asia?

My personal experience is a huge influence on number one, why I wrote the book, and number two, the way I approach the book. Growing up in Los Angeles in a Filipino and Latino neighborhood, one of the things that I was always accustomed to was firsthand seeing these overlaps between Filipino and Mexican-American cultures in terms of religion, family dynamics, last names and everyday words in Tagalog and Spanish.

What was interesting about this is that when I got older, I remember leaving LA and going to Stanford, and people would describe me as Asian. Something about that label didn’t sit with me well because in my mind, Asian

meant East Asian — Chinese, Japanese, Korean. But Filipinos were always something different. I wanted to explore that idea a little bit further because I felt like even though Filipinos were labeled as Asians, people didn’t treat them as Asians. Like, a lot of my family members are mistaken as Latino, or I thought that Filipinos blended with Latinos in ways that were qualitatively different than other Asian groups. at’s another reason I wanted to pursue sociology, so I could understand what was going on.

Do you find that there are any barriers, racially or otherwise, as a scholar of color?

Yes, at every twist and turn as a scholar of color you always have to prove the merit of why you study what you study. So whenever I study Filipinos I can’t just be like, I study it because I feel like it. Whereas, if you study Europe, if you study Western societies, people say, “That’s prestigious, I can understand why you’d want to study France or Italy or England.” When it comes to studying Filipinos or other people of color people always think, “Oh you’re just navel-gazing; you just want to study yourself.” They treat it like you can’t learn anything from studying the experiences of racial minorities in the U.S. So in that sense it’s been a challenge because it’s annoying to always have to prove yourself to audiences who can’t see the merit of your work.

In addition, as a person of color, you don’t always have the same role models in any arena, not just academia. In any profession, you’re really pressed to find role models of color. If you want to become an actor, the only people you have to look up to as a Filipino, there’s not many. If you want to be a doctor — my mom has worked at a hospital for over 20 years and they’ve never had a Filipino-American resident come into their department, which is incredible because a lot of Filipinos are interested in health. In academia, it’s the same thing. I’ve been lucky in the sense that I’ve met Filipino- American role models in academia. But still, there’s not a lot of people who look like you, so it subconsciously makes you think, are you supposed to be here? So you have to really have a rational amount of self-belief to push through.

What other projects are you currently working on?

And it doesn’t just look at LGBT Filipino folks as victims, but it also looks the really incredible, creative strategies Filipinos have used to build community, form friendships, and love. It’s been such a rewarding experience because I’ve been able to meet these people who are such resilient characters and I’ve gotten to hear their stories. I’m probably even more excited to write up this book because there are so many queer kids out there who feel that they’re alone, so I’m hoping I can write something so they can see that there’s a light at the end of the tunnel.

What other sociological pursuits do you want to look into after what you’ve learned from your research so far?

I have several lifetimes’ worth of research studies that I want to do. I am fascinated at the ways in which Filipinos are perceived, whether people view them as Latino or Asian and if that affects their labor market outcomes. If someone applies for a job and if their name is John Rodriguez, are they going to be seen differently from someone who is named John Chua, even if they’re the same exact person? So I’d love to do psychology experiments that look at whether Filipinos’ job prospects are affected by things like last name. I would love to do a project on Filipino dating patterns to see if the way Filipinos are perceived affects who’s willing to date them or not. I think that’s really interesting, both in heterosexual and same-sex relationships.

I once did a study where I worked as a balikbayan box deliveryman. So I spent many months picking up boxes from Filipino immigrants in LA and then in the Philippines. I actually delivered them to their loved ones, and that was a really cool project to see the ways in which sending balikbayan boxes creates emotional bonds between families who are separated. It was really fascinating, so that’s one of the projects I want to write up.

I trip out at Filipino YouTube stars — these phenomenal artists that do covers on YouTube like Morrisette, Darren Espanto or even Arnel Pineda, the guy who was the Journey singer. I’m so curious about the way Filipinos in the Philippines see entertainment and singing as a way of upward mobility — like Charice Pempengco, for example — and what that means in terms of the way people in the Philippines are able to capitalize on the fact that they have familiarity with American culture. There are so many studies I want to do, but only so little time to do them.