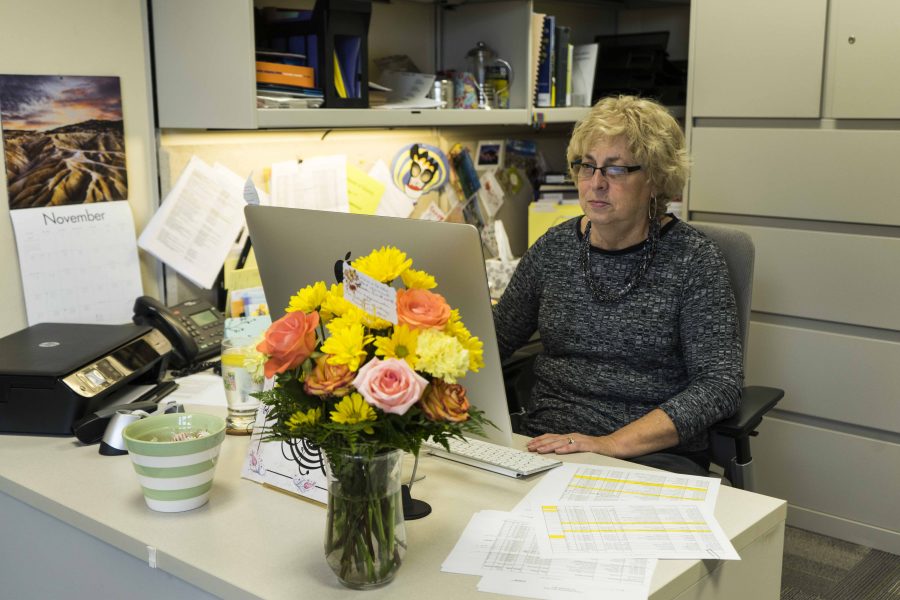 According to the Oberlin College Office and Professional Employees Vice President and Interlibrary Loan Supervisor Diane Lee, that uncertainty has led to anger.

“Our problem is that we’ve been asking ‘What’s the plan for handling these vacancies?’” Lee said. “We’ve been asking since April. We’ve gotten absolutely no answers. Some people have already left.”

OCOPE members and administrative assistants are frustrated that the administration won’t communicate its plans.

Last spring, the College offered a year’s salary to faculty and staff who retired early. To qualify, employees had to be 52 or over, have worked at the College for at least 10 years and have their age and length of employment at the College total over 75 years.

The Voluntary Separation Incentive Program was originally intended to save the College money by replacing older faculty and staff with younger, lower paid employees. In this way, the College expects to save between $2.5 million and $3.5 million each year.

However, according to Dean of the College of Arts and Sciences Tim Elgren, the administration decided to use the VSIP as an opportunity to restructure positions after the College’s financial situation deteriorated over the summer.

“The financial picture changed this summer,” Elgren said. “It’s no longer that we might consider not hiring. Now we’re thinking about which of the positions we’re thinking of filling.”

According to Elgren, an unexpectedly large number of students who had committed to coming to Oberlin backed out over the summer, leading to a budget shortfall and a need to cut spending in all divisions.

Tucker questioned whether cutting administrative assistants was the best place to find savings.

“If we’re in such financial crisis, who made those budgetary mistakes that have gotten us to this point?” Tucker asked. “They’re looking at cutting or combining or eliminating or whatever they are calling it some of the people that are the lowest paid group of campus workers and have more connection with students. There’s other areas that they could look at to reduce costs.”

“The AA’s are very dedicated. A few of the academic AA’s taking the VSIP, asked if they could leave at the end of the academic year. They were told no. They didn’t want to do that to their departments.”

Elgren agreed that the timing wasn’t ideal, but said that regardless of when the AA’s stopped working, it would have caused disruption.

Elgren stated that the rigid nature of collective bargaining made restructuring now the right move.

“The VSIP — we’re pursuing it for savings,” Elgren said. “ The reorganization — we’re pursing because the window is open with the collective bargaining unit. It’s one of the few opportunities we have to restructure.”

To Tucker and Lee, a serious danger in eliminating administrative assistant positions is making faculty do administrative work, taking time away from their core responsibilities.

“Faculty have been brought on to teach and do research,” Tucker said. “They don’t want to do our work and be faced with grievances. The administrative assistants are the ones who do the other bulk of the work. We’re the ones that keep this place going.”

Lee emphasized the personal connection that administrative assistants bring by pointing to her own experience working with students over her career.

Tucker also pointed out that administrative assistants are often the first point of contact for prospective students.

If work currently performed by administrative assistants gets shifted to faculty, the union plans to file grievances, the official process for resolving disputes between the union and the College as stipulated in the OCOPE contract.

“We have to protect our bargaining unit work,” Tucker said.

Elgren emphasized the legitimacy of union procedures and stated that he didn’t believe the relationship between the union and the administration had to be adversarial.

“They oftentimes file, and that’s their right, it’s their absolute right to file. But we also have a right on our end to restructure.”

“We want to understand the scope of everybody’s work, the location and how many departments and programs they serve, and then we’ll think about where the resources are needed,” Elgren said.

Elgren has formed a task force consisting of OCOPE leaders, faculty and administrators to help decide how the work should be restructured.

Restructuring is happening in divisions across the College, not just in academic departments.
According to Dean of Students Meredith Raimondo, the buyout provides a way to reassess the way College employees operate without laying anyone off.

“I can tell you what I’ve told the administrative support staff in this division, that no one’s job will be eliminated at this point as a result of the VSIP,” Raimondo said. “We might reconfigure things, but people will still have their jobs.”

Raimondo said that the restructuring was important for helping keeping tuition down.

“Not all of these positions will be replaced and that is important to the College’s commitment not to continue to raise tuition at the same rate.”

While Raimondo isn’t responsible for managing administrative assistants as Dean of Students, she emphasized the importance of the role that they play.

“In many of these offices, they’re the first person a student interacts with. For many students they’re friends and mentors. So I’m really hoping we can move through this in a way that recognizes the value and importance of these key people at the College.”