In The Locker Room with Club Tennis 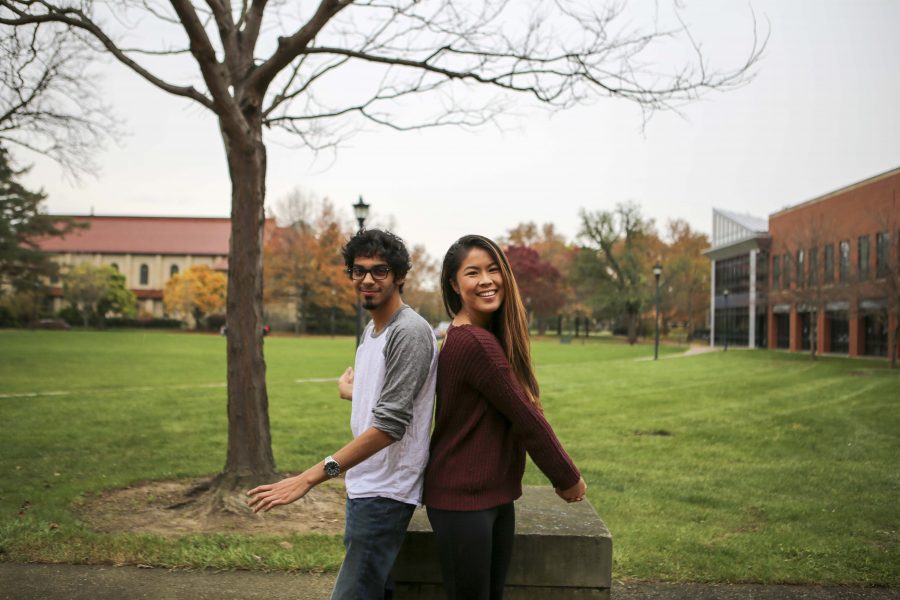 In The Locker Room with Club Tennis

This week, the Review sat down with club tennis team president junior Elayne Zhou and captain Samir Husain to discuss the thrill of competition, how the club has grown over time and some of their favorite tennis memories.

Q: How did you become involved with club tennis?

Elayne Zhou: I actually joined the year it was created and was [one] of the founding members. I started off literally as someone with no role on the club tennis team. I’ve always played tennis throughout my life on and off, but never on a team, because I never had time during school. I really wanted to continue that again here because I didn’t really have time to be a part of the team, but still really cared about the sport.

Samir Husain: I also started the year that the club tennis team started. I was a part of the actual founding members, as well. It started off with a Facebook group for people who were interested. Then we had a general interest meeting. I played for like 13 or 14 years before in Pakistan, so we didn’t have a team at our school. This is my first time playing competitively in any way.

Q: Describe the competitions the team participates in.

EZ: We will practice competitively and then we will play around one or two home matches. Then we try to do one to two away matches and we will go to whatever school is hosting a tournament. They’ll usually have two to three other colleges bring their club teams and we will all rotate playing.

SH: We are part of this league called the [United States Tennis Association]. There is this special club tennis sector, which involves a bunch of schools in our area here in the Midwest. We sign up, register our teams and basically when people want to host a match, they let the representative at USTA know. We travel [up] to about two hours away, or if there is a big tournament we are willing to travel about six to eight hours away.

Q: What is the mission of the club?

EZ: I definitely think that the club has players from tons of different levels. We’ll have competitive players indicate that they are interested in playing competitively so you get matched up with players that are at a similar level. It is also very much focused on developing potential and working hard at things you want to improve on. And then there is also a social aspect to it. We always have club dinners and club parties outside, as well. It is a good community to be a part of.

SH: The club initially started off for people who really wanted to play tennis on campus but … couldn’t join the varsity team due to time commitment or skill. It’s a space for people to play either competitively or noncompetitively, just have a good time, build a community, etc.

Q: How have you seen the club grow over time?

EZ: There are tons more members this year. We have done a really good job recruiting, especially at the club sports fair. The first year that we joined, there were a large number of people at the meeting and then much fewer of us showed up as the year went on. We have a really healthy number of people this year constantly going to practices.

SH: [Director of Recreation and Club Sports] Betsy Bruce has helped us get our name out there, like on the club sports website. She has updated that, so before people come to Oberlin they know that this actually exists. From the club sports fair, we recruit a bunch of people. People just seem more interested this year as well, so that’s definitely a plus.

Q: What have been your most memorable experiences thus far?

EZ: I’ve seen myself improve tremendously, and when I get to play with people this year, I get to compare that with how I played last year. And I think there has been a huge improvement and apparently our old captains said I really improved, so that made me feel really good.

SH: Definitely social aspects, which we didn’t have during my first year here. Social aspects started later on. Away tournaments are also what make the club really fun to me. Going to other schools, playing against other schools and having that competitive element drives me to be really interested in this over casual play.

Q: How can people join club tennis or get involved?

EZ: We have a Facebook page and we are also part of the club sports Facebook page, so as long as you email me you can be a part of the club. You can find my name on goyeo.com under “Liaison.” You can commit however much time you want, but it’s totally open for anyone who wants to join.

SH: Anyone who wants to join, whenever they want to join, how many times they want to come to practice — we are not strict about that at all. The club sports fair really helps. Email Elayne and you’re in. There is no tryout or anything of that sort. It’s very open.