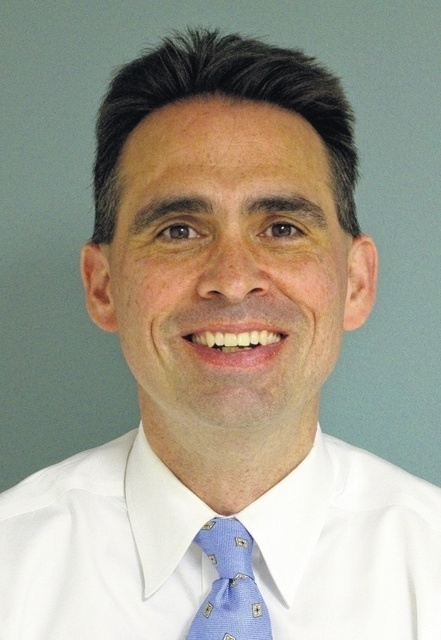 Todd Baker, OC ’90, was recently named CEO of the Ohio State Medical Association after working as co-CEO of the organization since 2014. The Ohio State Medical Association lobbies for Ohio doctors in Columbus and helps them cope with changes in the medical industry. Prior to working as co-CEO, Baker was the association’s senior director of professional relations. Baker graduated from Oberlin in 1990 with a degree in Economics and went on to study at the University of Texas at Austin’s Lyndon B. Johnson School of Public Affairs.

What exactly does the medical association do?

Thee state medical association is the professional association of doctors in Ohio. We’ve been around for 150-plus years. We’re guided by a board of physicians, so there’s a president who’s elected by his or her peer group. We have a governing board who are volunteers who oversee all of our activities, and I’m what would be considered our lead staff person. So I’m the day-to-day chief executive officer of a staff of about 25 people.

The biggest thing we do is advocacy. We represent physician’s interests, mainly at the state level in our legislature — a lot of regulatory issues, issues with insurance companies. We do a lot of education, and not in the traditional clinical sense, but more in sort of the policy arena, and then we try to provide tools to help physicians do their daily work. There’s a lot more being asked of physicians today rather [than] just providing care to you, in terms of what they have to report and have to do. So we try to provide some services to go in and help them on a daily basis.

My job is to oversee all of those activities, to hire good people and to sort of chart the course on a daily basis and on an annual basis. There’s a lot of strategy, a lot of implementation that I do, but ultimately, I serve at the will of the board. We’re a not-for-profit, we’re considered a trade association. That’s probably the best way to describe it.

What kinds of additional things are doctors being asked to do?

Best example I can give you: In Ohio, we have a pretty significant issue with opiate addiction. Now the state has a system where before I can prescribe an opiate to a patient, I need to ping the system and see what has that patient gotten recently, and are they doctor shopping? Are they just going from doctor to doctor, they don’t really have a bad back, they’re looking for a fill of Oxycontin or Percocet or whatever it might be. I’m now legally obligated as a physician to check systems before I provide care. Now is that good care? Most people would say yes. Not in all circumstances.

There’s a regulatory burden that’s been placed upon me. Before I can do anything, I need to go over here and check that. And in order for me to get paid for the services I provide, I have to document things in much greater detail than I used to have to document. There’s a lot of administrative burden — some would argue necessary and others argue a complete waste — that drives what I have to do.

Then they get out into the working world and it’s 50 percent of that, 50 percent of everything else, and it’s really strange. There’s not that many industries that do that. If you go be an architect, or you go be an engineer, your training probably at least 90 percent mirrors what your work environment will be. I’m not suggesting we should change the system, but we should give them better preparation for the other 40 to 50 percent they have to do when they get out.

President-elect Donald Trump has said he wants to repeal and replace Obamacare. What do you think that means?

The reality is we don’t know what it means. People think of Obamacare — or the ACA — as one big bundle, and you can throw the bundle out or you can keep the bundle. The reality is that it’s a bundle made up of many many strands, and you can’t just pick it up and throw it out. The fundamental part of Obamacare was creating additional avenues of coverage. We had lots of people who had no insurance, therefore, they didn’t have an ability to really access the system because it was cost-prohibitive.

What Obamacare did was create a couple different pathways to access care because you’re now covered. One pathway was expanding the Medicaid program, which is the program that covers the poor. … For those who weren’t brought in under that, we created this health insurance exchange where I can, with a subsidy, buy individual coverage. I’m going to have access to something. And then the way that they incentivized people to buy it was if you can’t prove that you have coverage, now that everybody has the ability go get it, then you’re going to get penalized from a tax perspective.

There are other provisions of the ACA that I don’t think they’ll touch. Things like insurance-denying for preexisting conditions — that’s one they’re going to keep. Keeping your kids on the policy until they’re 26, they are going to keep those kinds of things. But the fundamental issue of how are we going to cover people if we’re not going to have expanded Medicaid or the exchanges — how are we going to do that? What is going to be the mechanism in the short term to cover people, and then in the long term, what kind of overall system are we going to use? That’s the biggest unknown. Millions of people now have coverage. Are we just going to cut them off?

It is not simple. It’s incredibly complex, and I think that they’re scrambling right now. There’s a big difference between what we say we’re going to do and what we do, and even when we say what we’re going to do, it doesn’t really mirror what’s happening. Trump’s going to talk a big game. How much is actually going to get repealed, we’ll see. He’s going to come out with some symbolic stuff out of the gate that may not have a dramatic impact.

I imagine Ohio doctors have a variety of opinions on insurance reform?

It’s a complete mixed bag. I will tell you there’s a number of doctors who were not for Medicaid expansion. Our organization came out in support. There’s a lot of doctors out there who would say, particularly independent doctors, who would say, “Look, the Medicaid rates — what I get paid to take care of a Medicaid patient — is actually below my cost. It’s the worst-paying insurer. So what Medicaid expansion did for me was increase the number of Medicaid patients I saw at a rate that’s below cost. That makes it really hard for me economically.”