In the Locker Room: Men’s Basketball 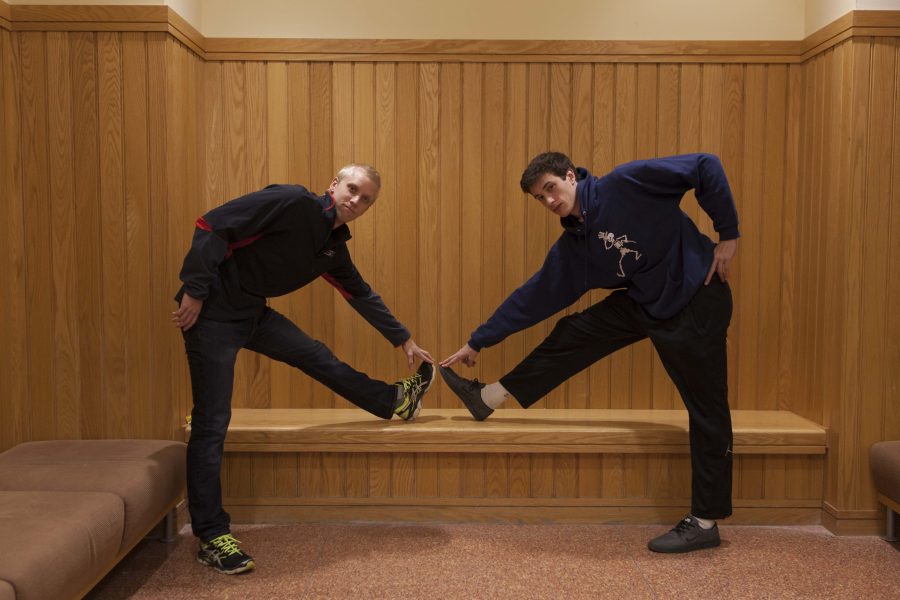 This week, the Review sat down with men’s basketball senior Scott Miller and sophomore Eli Silverman-Lloyd to discuss the upcoming season, differences in playing style and team goals.

Describe the excitement for your first game of the season against The College of Wooster.

Scott Miller: It’s our first conference game, and it’s also the best opponent. They’re probably our biggest rival over the past few years. They’ve ended my season almost every year. It’ll be nice to get some revenge for the first game of the year.

Eli Silverman-Lloyd: We are the underdogs, but our team and our system are so much different from last year. We are really going to be able to surprise them in a lot of ways, and I think we have a good chance.

How much different is the team’s playing style this year compared to last year?

SM: Well, we lost two of the tallest guys [Randy Ollie and Matt Walker] on the team. We didn’t bring in much height, necessarily. We are all very versatile, so we are playing a lot smaller and [will] be playing a lot more guys.

How has the team’s preseason training prepared you for the season?

ES: Practices have been good. We are trying to simulate in practice what we are trying to do in games. We want to make the other teams feel hectic and crazy to force a lot of turnovers. We have pretty good chemistry between guys, not much tension.

SM: I think our leadership role is to lead by example. I think that a lot of the sophomores were kind of thrown into a lot of the leadership last year. We all treat each other as equals. Everyone listens to each other. There is a lot of respect and support.

ES: Sophomores don’t really get treated as underclassmen, so it’s this mutual, shared leadership that works pretty well. The first-years are still underclassmen in a lot of ways because they haven’t quite played under the system yet, but even some of our first-years can be our leaders in many ways. It’s helpful to the team.

How has your relationship grown with the coaching staff?

SM: One of the main reasons I chose Oberlin, besides the academics and the team, was the coaches. Over my four years, they’ve helped me grow. From seeing me freshman year until now, a lot of the credit goes to them and the basketball experience they put me in. It’s rare to have a coach that you can shoot with before practice, after practice. It’s rare to have that relationship, and we are pretty lucky to have them as coaches.

ES: The coaches were a big part in my coming here. Coach [Tim] McCrory is very personable and friendly and easy to get along with. That is even before we step on the court. Same with Head Coach [Isaiah] Cavaco. He is very good at letting me know what I need to improve upon and work on in the offseason. I feel really comfortable talking to him. Our relationship is great, and he, as a coach, is great.

What are your team and individual goals for this season?

SM: Our team goal is to increase our win total. We want to finish in the top half of the conference this year, which I definitely think is doable. So hosting a playoff game would be really cool. Individually, since we are playing so many guys, I just want to fit in and contribute as much as I can to winning. I need to be as efficient as I can from behind the arc since shooting threes is a big part of our game.

ES: Definitely finishing within the top four in the conference, because we underachieved last year. Individually, I’m going to have to shoot well like everyone else. Just try to help play a team game on both ends of the floor, offense and defense.