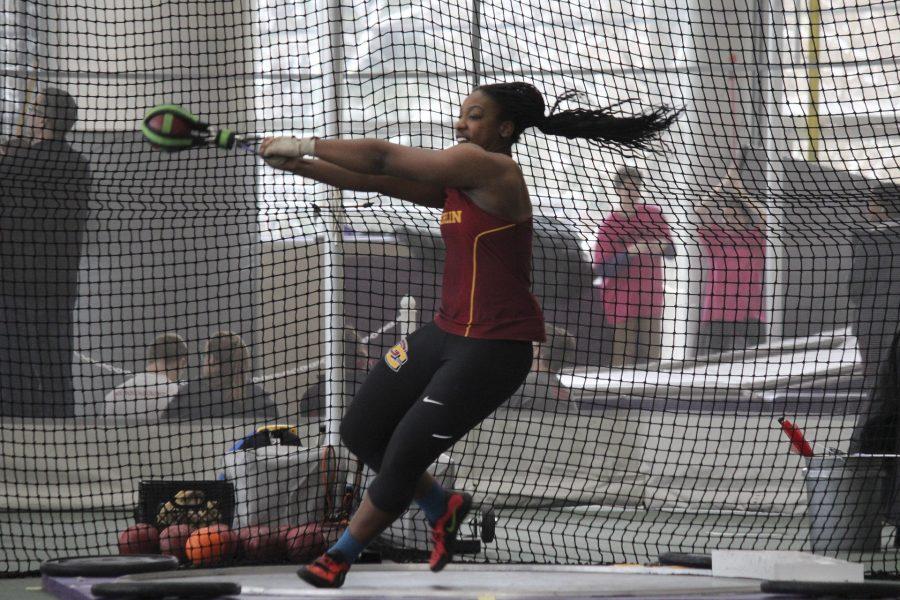 Last year’s indoor season brought four individual North Coast Athletic Conference Championships for the track and field team, and the squad looks to get on that same path to success tomorrow as it kicks off the winter season at the Case Western Reserve University Spartan Holiday Classic.

“We worked really hard in pre-season and after working out for three or four months, you just want to compete against people that aren’t your teammates, and you want to see people from other schools,” said junior thrower and captain Monique Newton. Newton was named an NCAA All-American last winter and finished second nationally in shot put.

Newton and her teammates will compete against Ohio rivals this weekend, including Case Western Reserve University, John Carroll University, Ohio Wesleyan University and Muskingum University. Head Track and Field Coach Ray Appenheimer said that he is eager for the teams to compete in the non-scoring meet.

“[The Spartan Holiday Classic is] a really nice opener for our student athletes who have been working so hard all fall to finally get a chance to show off all the hard work they’ve put in,” he said.

Although the distance runners just completed their cross-country season and started practicing with the indoor track team Monday, the rest of the team has been training all semester for this first meet. Numerous runners trained throughout the summer, rarely taking a break from the year-long practice schedule. While practices look the same no matter the season, some team members prefer indoor track and field because it eliminates the elements.

“My event is definitely much easier indoor than outdoor because of the weather,” said senior pole-vaulter Ave Spencer. “Indoors, we don’t have to worry about the cold, the wind or rain, which can really impact how you jump.”

Both teams also have their fair share of first-years, with 25 total rookies lacing up their spikes tomorrow. While many first-year distance runners, such as Marija Crook, Shannon Wargo and Oona Jung-Beeman already had an opportunity to compete in cross-country, others will begin their collegiate career tomorrow.

“Coming in as a freshman was intimidating at first, because it was a new team and I didn’t know where I would fit,” said first-year distance runner Will Taylor. “But I quickly realized how easy it was to be a part of the team. The senior captains do a good job at checking in with everyone and that attitude flows down to other people on the team as well.”

This winter season will be a time for the teams to build their cohesion before the competitive conference meets in the spring. Both teams lost a lot of talent with the graduating classes last year and must work hard to fill the gaps.

The Yeomen in particular graduated some key figures. Geno Arthur, OC ’16, was named the 2016 North Coast Athletic Conference Outdoor Distance Athlete of the Year, earned All-American honors and was arguably the greatest men’s runner in Yeomen history. Though a runner like that is hard to replace, the men’s team will look to other members to help lead the pack.

“It’s a matter of everyone working hard, doing their part, supporting their teammates around them, challenging them — you’re not going to replace someone like Geno Arthur, but we have lots of guys who are aspiring to get there,” Appenheimer said.

Looking ahead, both teams will travel eastward to Kent, Ohio, to compete in the Kent State University Golden Flash Gala Dec. 9–10. Following the holiday break, the teams will host the Crimson and Gold Invitational Jan. 13.