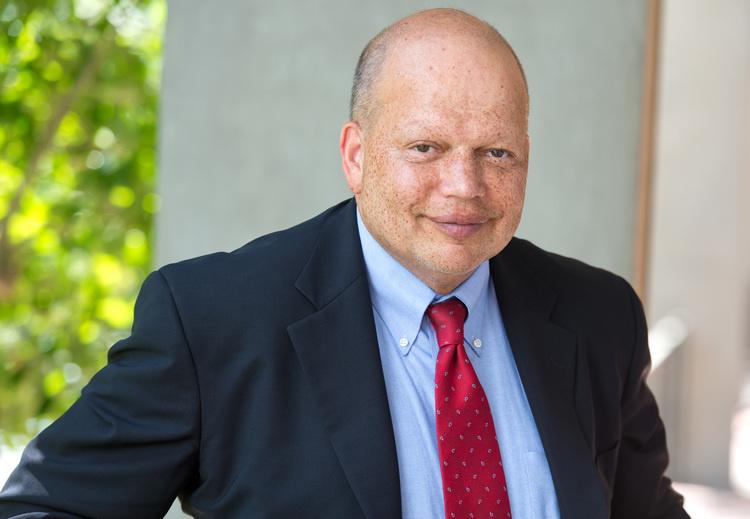 Theodore M. Shaw is the director of the Center for Civil Rights and the Julius L. Chambers Professor of Law at the University of North Carolina School of Law at Chapel Hill. He previously served as the fifth director-counsel and president of the National Association for the Advancement of Colored People Legal Defense Fund from 2004 to 2008, spending a total of 26 years at the Legal Defense Fund. Shaw also worked in the Civil Rights Division of the Justice Department during the Carter and Reagan administrations. He spoke to several classes and delivered a lecture in Dye Lecture Hall Monday, titled “America on the Precipice: Civil and Human Rights and the Battle for the Soul of Our Nation”.

From a civil rights perspective, what do you expect from a Trump administration?

I don’t expect good things from the Trump administration with respect to civil rights. Maybe I should answer the question a little differently, in that our expectation should be that he enforces the civil rights laws of the country or he has his Justice Department do so. That’s probably the better way to put it, because although apparently the president-elect doesn’t realize that he doesn’t get to make the calls in terms of law enforcement — see his pronouncement with respect to prosecuting Hillary Clinton. That’s not his job, that’s the attorney general’s job and the attorney general is supposed to have some degree of independence. Having said that, if his nominee for attorney general is confirmed, this is not somebody who has a record that gives comfort to the civil rights community.

We know Senator [ Jeff ] Sessions well. We know his history, and in fact, the organization for which I worked many, many years was deeply involved in opposing his nomination to the federal court of appeals years ago, which of course was unsuccessful. So he has no love lost either for the NAACP legal defense fund — I’m not there anymore, but I’m still a civil rights lawyer — or anybody who’s been associated with it.

For those who care about civil rights, we’ve seen this before in some ways. That is to say, when President Reagan was elected, we knew that he was not a friend of civil rights. I was at the justice department at that time. I was a fledgling lawyer, and we quickly found ourselves to be in great conflict with the people who were appointed to run the civil rights division for the Reagan administration. I could talk in detail about some of the matters that came up which were controversial, including the federal government’s reversal of position in a case, raising the question whether private institutions that practice racial discrimination were eligible for tax-exempt status. The Reagan people said that they should be. Those of us in the civil rights division at the time went into a kind of revolt, but it quickly became apparent that my position there as a trial attorney was not going to last long one way or the other. That was the beginning of my end there at the time.

When I say we’ve seen this before, however, my concern is that this administration is somewhat different even from the Reagan administration, which, when it came to civil rights, was terrible. And I say that again knowing that for many Americans Ronald Reagan was a hero — not so much for African Americans and not so much for civil rights advocates. I could back up the reasons why, since I know people would jump all over me for saying that, but I don’t back down one iota. This administration could be worse. I take no pleasure in saying this, but I don’t think the president-elect would know the Constitution if he tripped over it.

But if the president-elect is so ignorant about the Constitution, won’t that trip him up?

The amazing thing to me is that so far when he has said things that would have and should have doomed any other candidate, he got away with it. … The conflicts of interest that he’s already demonstrating he has — and he seems pretty shameless about it — should doom somebody from taking that office in my view or being able to stay in that office once he’s in.

To be clear, I’m not one of these people who say that America is more divided than it’s ever been. This country has often been divided, and for goodness sake, we fought a civil war. But having said that, there is this notion of having an election and then the loyal opposition, which is British in its origins, but the United States certainly embraced it. We’ve been losing that in recent years. The way that at least one of the major parties has behaved, and I hesitate to say that because I don’t want to be partisan — there are some things that both parties have been doing that are destructive.

There are some things that one party has been doing in particular that has been destructive in an extraordinary way — see the vacancy on the Supreme Court. Where does that leave us with respect to what the major parties are going to do when they’re not in power with respect to Supreme Court nominees or vacancies? If somebody is president and for one-fourth of his elected term he is told that he can’t nominate somebody to fill a vacancy, who should say it shouldn’t be half? Where does it stop? This is destructive of American democracy; it’s not the way the Constitution can or should work. I can hear the voices of those who disagree now responding to what I say by saying, “ That’s all sour grapes, you lost.” But the notion of the people deciding a Supreme Court nominee is totally inconsistent with the way the Constitution is written or operates.

So now the Democratic Party is going to have to decide if it uses the same tactics to obstruct Donald Trump.

Here’s the dilemma: First of all, Democrats typically don’t stay together with the same force as Republicans. That’s one thing. But the real dilemma is this: Republicans behave the way that they do and set a precedent. Then the question is, if you believe that what the Republicans are doing is destructive, do you do the same thing when they’re in office if you can, just as a matter of turnabout or fair play or not completely giving in to them so that they get the benefits of their obstructionist behavior? Or do you do what you think is right in the sense that that’s the way our government should operate? That’s a hard question under these circumstances. It’s not an easy one. I’d like to say that you do what you think is right, but you don’t get anything for it. In fact, you reward other behavior. That’s the race to the bottom that we’ve been in that’s destructive.

What kind of specific civil rights laws are you most worried won’t be enforced?

I’m worried about almost all of them, and I’m concerned about what position the Justice Department and the federal government is going to take when it comes to the issues of diversity that have been bouncing up and down in the federal courts for many years. We just had a decision by the Supreme Court last year — the Fisher case — that would seem to settle the issue of whether colleges and universities can consciously try to achieve diversity in admissions. But this president is going to have an appointment to the Supreme Court — an appointment that frankly should not be his, but is coming to him. It’s possible he could get an additional appointment, at least one. e change in the Supreme Court that was within the grasp of those who were concerned about civil rights when it appeared that Hillary Clinton might win is not going to happen.

I’m concerned about those diversity issues. I’m concerned about policing. I think a Trump administration — when it comes to the recognition that we’ve seen in recent years that policing needs to change, particularly with respect to African-American communities — I think we’re going to see an administration that’s probably going to walk back from those kinds of concerns. … I’m concerned about the treatment of Mexican Americans. When you demonize a group of people, and when we talk about mass deportations, what we have already seen is an unleashing of a torrent of hate that doesn’t distinguish between those who are citizens and those who aren’t.