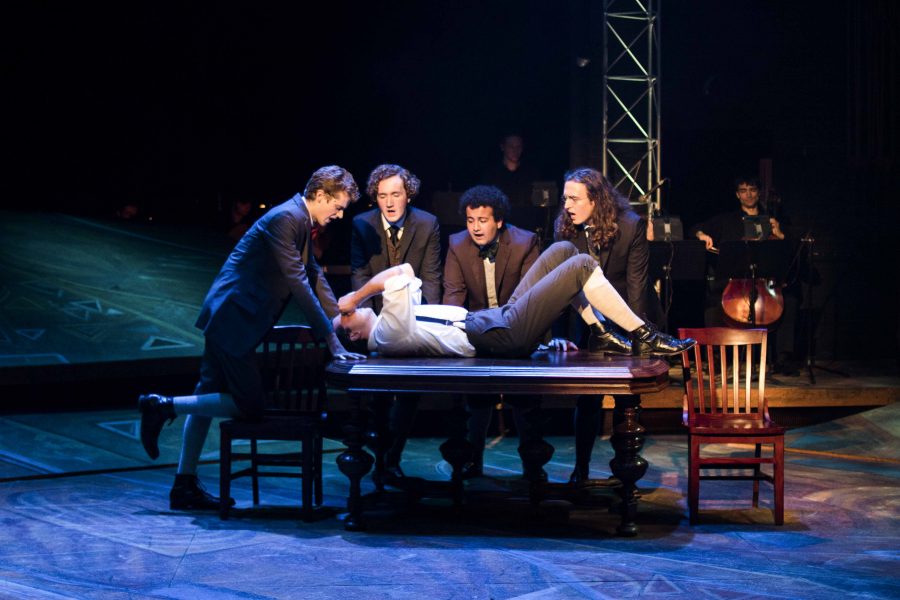 Oberlin Musical Theater Association presents Spring Awakening, a rock musical adapted for Broadway in 2006 from Frank Wedekind’s 1906 play of the same name. Controversial at the time due to its unflattering portrayal of late 19th century Germany, the play presents a powerful critique of a societal structure that insulates its young people from reality for their supposed protection. The story follows a cast of teenagers grappling with misinformation and taboos surrounding puberty and sexuality as well as issues of abuse, isolation and ostracization. “It’s when you really start to become yourself, that’s when the world tells you that you can’t,” said College sophomore Joe Owens, who plays the role of Moritz. Performances began Thursday and will run through Saturday at 7:30 p.m., with a matinee Sunday at 2 p.m., in Hall Auditorium.