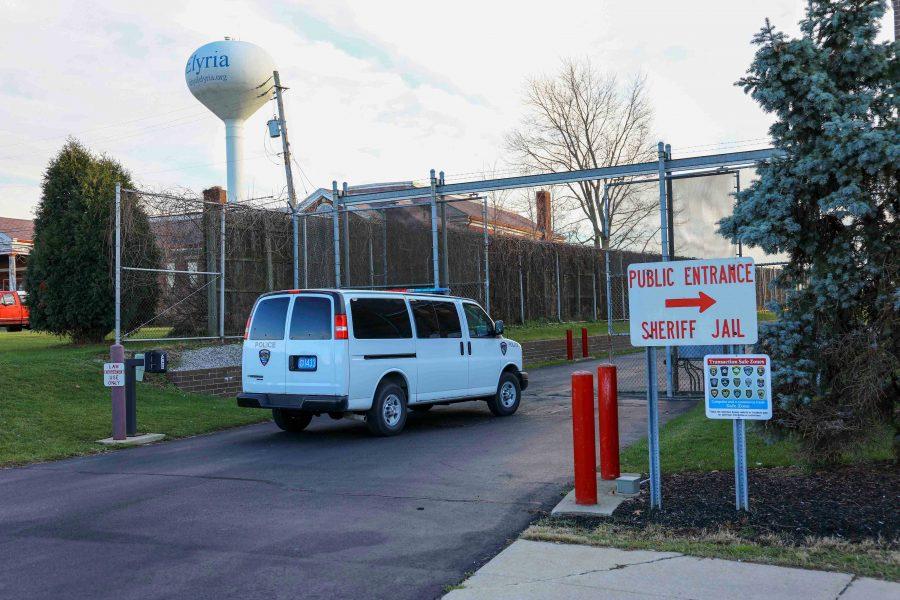 A van enters the Lorain County Jail in Elyria. The Sheriff’s department will have to make deep cuts after county commissioners opted not to hike taxes.

County officials have chosen to defer to the will of the voters and implement budget cuts instead of a tax hike, which will include cutting funding to law enforcement as Lorain County’s heroin epidemic rages on.

The county commissioners’ office rejected a proposal Wednesday morning that would have raised the sales tax in Lorain by .25 percent. The increase would have gone against voters’ decision on the Nov. 8 ballot, but was under consideration regardless because of the county’s dire financial situation. In the wake of the commissioners’ decision, the county is looking at large-scale budget cuts and layoffs.

With a $5-million deficit projected for next year, Lorain County could be looking at severe budget cuts in its already understaffed justice department — an unwelcome prospect in the face of one of the largest heroin crises in the nation.

“The cuts could be as deep as 20 percent, and that probably means that the Sheriff’s Department would have to get rid of 12 people, the prosecutor would have to make cuts,” said Lorain County Commissioner Matt Lundy. “They’re already understaffed, and it makes it difficult to battle or win the war on the heroin epidemic when you have to make the cuts.”

The heroin epidemic is weighing on many government officials’ minds. e prosecutors’ office can barely keep up with the influx of drug-related crimes and is going to have to start dropping cases due to the workload. In addition, the coroner’s office is overwhelmed by the more than 100 fatal overdoses it has seen this year. The county’s crime lab “is barely operating,” according to Lundy.

The county jail, which already uses a third of the county’s budget, is also in need of serious repairs and improvements, such as a body scanner to prevent drug smuggling into the jail.

Over 74 percent of voters voted against the proposed Issue 32 last month, which would have generated around $10 million per year that would have been split between the general operating fund and the transit department. Voters also rejected Issue 35, a proposed tax levy that would have raised money for addiction treatment. “We didn’t run any big full-fledged campaign, and we were hoping we were going to get some support from the folks working in the transit issue, because we were going to divide the money between transit and the county budget,” Lundy said. “But the transit advocates weren’t willing to work with us on that.”

“I think they made the right decision by not circumventing the will of the voters,” said Connie Carr, former Lorain County commissioner candidate. “I understand and sympathize with the fact that the county’s operating costs are increasing more than its income. However, Lorain County residents have the same issue. Their income is not keeping up with increases in living expenses, and they are all trying to stretch each dollar further to make ends meet. If our residents have to live within their means, so should our government.”

Lorain County currently has the fourth–lowest sales tax rate out of Ohio’s 88 counties at 6.5 percent. Of that tax, which typically generates around $19 million, the state government receives around 88 percent, leaving Lorain with less than $3 million in revenue from sales tax, a small portion of its $60 million operating budget. Within the last five years, the state government in Columbus, Ohio, has cut the county’s sales tax revenue by more than half.

“This is not a self-inflicted wound,” Lundy said. “This is because the state has not honored its promise of sending money back to the communities and has cut 50 percent. Right around 2010, 2011 we have seen a 50-percent phase out for our budget.”

“Columbus has abandoned us,” Lundy said. “Columbus has put our families at risk, and they’re forcing us to look like the bad guys.”