In The Locker Room with Women’s Basketball 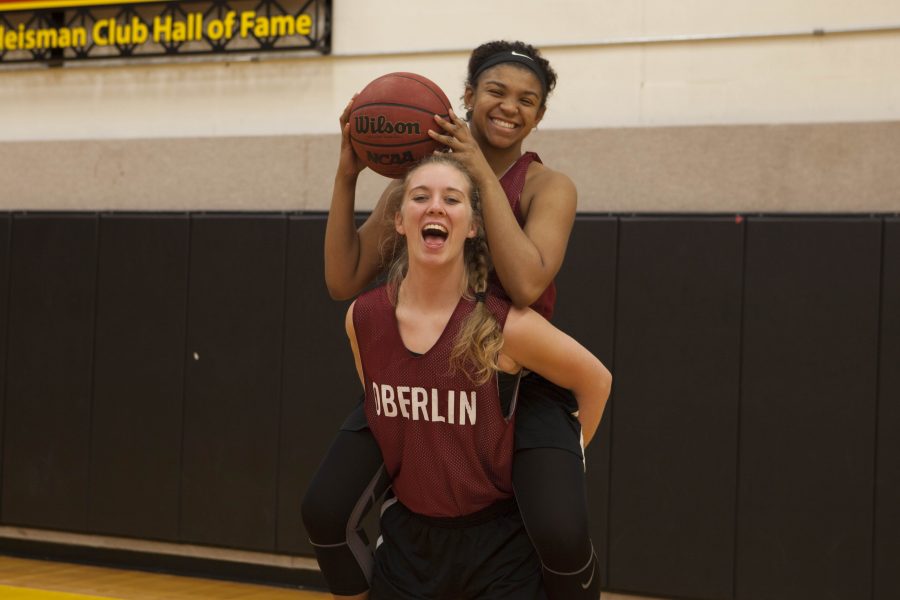 This week the Review sat down with junior guard Tyler Parlor and junior forward Abby Andrews to discuss the team’s midseason improvements, recent attrition and the impact that their rookies have made throughout the season. The juniors help lead a Yeowomen squad that has earned an NCAA Division III-best 150 blocks this season.

Q: How has the season gone so far?

Tyler Parlor: I would say the season so far has been a journey. We’ve been growing from day to day. We went through a section of Winter Term when we had to do some introspection and look at ourselves and decide that we were here because we wanted to be here and it meant something. I think we are making good progress toward being where we need to be when we need to be there.

Abby Andrews: Well it has definitely had its ups and downs. But I think we are headed uphill now, which is where we want to be in this point of the season because going into the tournament again is what we care about.

Q: Does being a captain add any extra stress in addition to always performing at a high level?

TP: I wouldn’t say stress. It definitely adds extra responsibility, and you kind of have to bring another level of focus and leadership to the court. It’s not just about going out there and playing and running. It brings another notch of thinking to the game.

AA: It’s definitely different this year, but I think that it also comes with being an upperclassman. We have a lot more responsibility to lead the team. But it also helps me on the court to come outside of myself and engage with my teammates, rather than just going in my head when I make a mistake or something. I have to make sure that other people are still playing well even if I’m not.

Q: How is this team different than teams of the past?

TP: We are young. Even our leadership is young — three junior captains. I think youth is the biggest difference with this team.

AA: We have a lot of youth, but we also have every single upperclassman and returner contributing this year. Leadership wise, even our sophomores are really stepping up because they realize it’s really necessary with so many first-years. We also have more leaders on the team this year than we have had in the past, which is good.

Q: Some players have quit this year. How has the recent attrition impacted the team’s performance?

TP: It’s always tough to lose family. We are a family on this team so you see a sister move on and it’s always tough but you have to stay focused. We are here to play basketball so kind of just use that as motivation … to work harder and not take it for granted. You use it to bond, grow closer and grow stronger.

AA: It sucks. But they did what they had to do and we just kept moving.

Q: In what areas has the team improved the most during this season?

TP: We are trying to bring another level of intelligence to the court. I think that’s our biggest focus this year — bringing our minds to the game, figuring out plays and thinking what the next play should be. We are growing every day and taking steps towards that.

AA: Just getting smarter, especially since we have so many first-years. They’ve had to have a very steep learning curve and I think they’ve met that.

Q: What are the goals for the team this season?

TP: Our ultimate goal is to win a championship. In order to achieve that goal we need to continue to grow and continue to process things, trust in the process and trust our coaching staff and each other. We can’t be the same team we are right now, two weeks from now. We definitely aren’t the same team now that we were in the beginning of the season.

Q: How has the youth of this team performed thus far?

AA: I’m really proud especially of our two [first-year] point guards who came in. We didn’t have a true point guard last year. It was really big. Especially for first-years, that’s a huge role and they came in and have been really successful and I’m very proud of them, but everyone has been great.