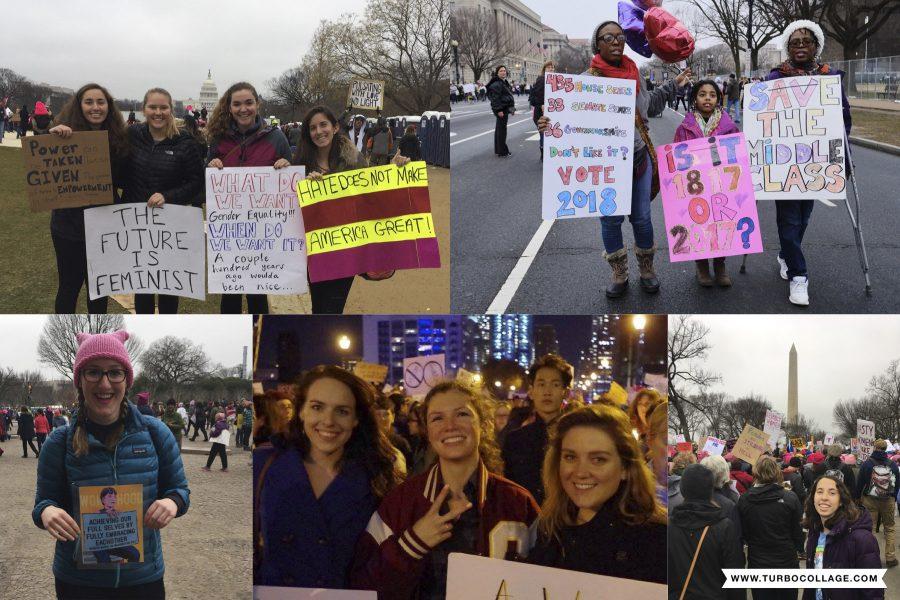 Women’s marches around the country and the world on Saturday, Jan. 21 brought Oberlin’s current student-athletes, athletics alumni and Heisman Club members to the streets to support gender equality and protest the incoming Trump administration. Many Oberlin students and alumni attended the Women’s March on Washington, which drew about 500,000 people, as well as marches in Chicago, New York City, Los Angeles and numerous other cities. Members of the women’s tennis and women’s lacrosse teams, pictured above, spent Winter Term in Oberlin and road-tripped to D.C. for the March. Junior Sydney Garvis, a midfielder on the women’s lacrosse team, said she was amazed by the sheer number of attendees and was happy to have her fellow Oberlin athletes by her side. “There were just so many more people there than I thought were going to be” Garvis said. “It just goes to show the power of organizing with your friends, coworkers and the people in your life. It’s easy to show support when you have a community built somewhere.”