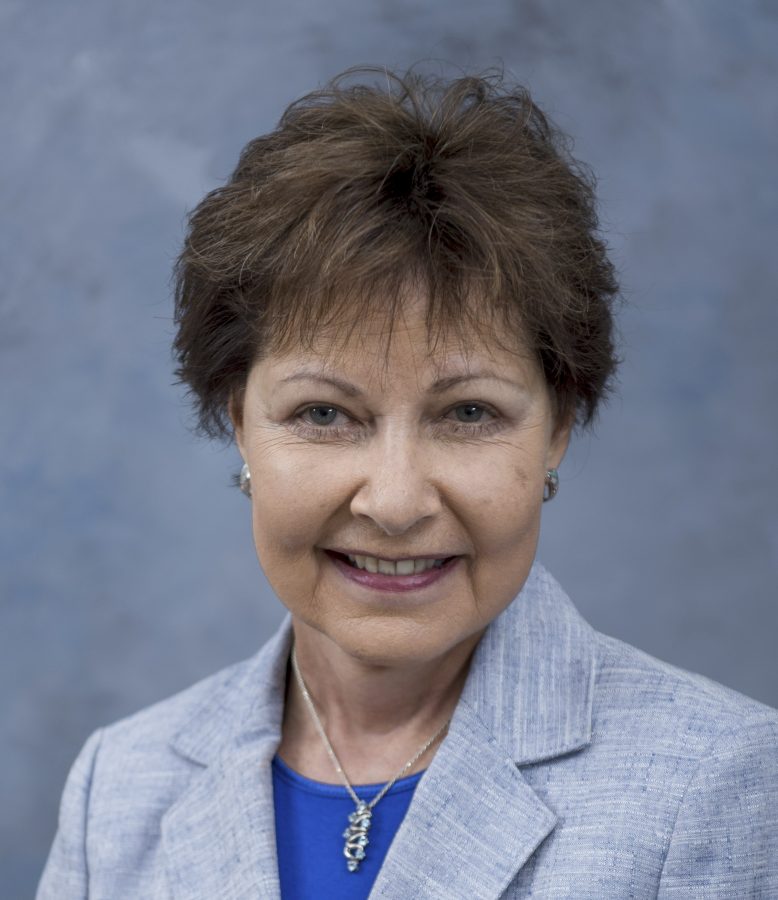 Janet Garrett is a life-long Oberlin resident and spent many years as a teacher at Eastwood Elementary School before retiring in 2015. Garrett ran for Congress in Ohio’s 4th Congressional District both in 2014 and 2016, losing twice to current Republican congressman Jim Jordan. Since President Donald Trump’s victory, Garrett has been hosting a monthly reading group at the Oberlin Public Library where community members discuss books and how to respond to Trump’s presidency. The next meeting is Feb. 11, when they will be discussing “The Indivisible Guide,” a widespread online document that describes itself as “a practical guide for resisting the Trump agenda,” along with advice from former congressional staffers on how to make Congress listen.

How did the monthly reading group at the library come about?

We originally called ourselves “The Resistance,” but we’re changing the name. We’re going to become an “Indivisible” group. We’re reading “Indivisible” this time for our discussion. We’ve had two meetings so far, the first one in November discussing Henry David Thoreau’s Civil Disobedience, because we’re trying to create a toolbox of resistance methods, so it seemed like a logical place to start. Back in the ’60s, they had these things called teach-ins. People learned the skills of how to respond when the government is doing terrible things, so I thought we need to educate ourselves together as to what to do. If we don’t have a teacher, we’ll use books.

What was it like running for Congress as a Democrat in this district the last few years?

Ohio is a 50-50 split between Democrats and Republicans. We have 16 congressional representatives. If democracy were served, we would have eight Democrats and eight Republicans. But we have four Democrats and 12 Republicans, and it’s because of the damn gerrymandering in our districts. They take these scalpels, and they carve out where they want their voters so they can take away the voices of as many democrats as possible.

So the Ohio government has done that?

Right. Every 10 years during the census, whoever is in power in state government does that. The Democrats have been guilty of gerrymandering too, but it’s never been this bad. It would be great if we had equal representation.

And then why did you run?

Basically, in 2014, nobody was going to run against Jim Jordan, and he is such a disaster as our representative. I was teaching at Eastwood at the time, and it was actually Congresswoman Marcy Kaptur who twisted my arm to get me to run. I was a write-in candidate, and all you have to get is 50 votes in the primary. But no one else was on the ballot but me. I think 280 people wrote my name in, from all 14 counties, and they all had to know how to spell my name correctly.

I ran knowing this district is completely unwinnable by a Democrat. I knew it was a suicide mission. But I started a group in Oberlin in 2012 when Jordan first became our rep, and we called ourselves the Jordan Watch. We made sure to find out what he was doing, write letters to editors, tried to raise awareness and clear the way for a candidate, but none arose. There were three guys that flirted with it, but none of them ran.

This last cycle, during the primary, there were two other Democratic challengers, but they were both so lame. One of them was Norbert Dennerll, and he is 86. He’s living in a nursing home, one of those guys who likes seeing his name on the ballot. The other guy was a retired schoolteacher, and he was a little delusional. So I had to run again, and I won the primary by a landslide.

Do you plan to run again?

In the next election cycle, if another candidate comes along that has very little chance, I will probably run again. I just can’t see letting Jim Jordan go unchallenged. You know what they do? They go around the district saying, “Here he is, our only candidate! He’s so great, no one will even run against him.” With the current situation being so volatile, in the next two years there could be a huge Democratic landslide, and I could just slide right in.

But where would you get the votes? This district includes a lot of rural areas where I would think not many vote Democrat, could you see that changing?

Here’s the thing about the voters here: There’s a small number of Democrats. There’s a slightly larger number of Republicans, but the vast majority of voters are registered as independents. They lean Republican, but the fact they’re registered as independents says to me that maybe they’re not so married to it. This time, the district went for Trump and Jim Jordan, but if they get really upset about all of these shenanigans that are going on, they might just turn Democratic.

What was your reaction to Trump’s election victory?

I was absolutely astonished and devastated. I laid in bed all day and either cried or slept all day. It was horrible.

voted for Trump in places like Ohio because they believed he would bring all their jobs back?

I mean, they just bought his bulls–t.

Do issues like the Muslim ban make you worried things will just get worse? Oh, it’ll get worse. One thing that made me positive today was I was watching the news, and they said both Democratic senators and House of Representatives members are doing a protest march from the Capitol Building to the Supreme Court building as we speak.

What other forms of activism have you been up to aside from the reading group?

I’ve been meeting with every group in Oberlin, around six of them, that have sprung up because they are concerned about the election. So I’m going to each one to try and pull them together. If we’re united, we’ll have a bigger voice. There’s a danger of people getting burnt out right now because some are making phone calls every day, going on marches every day. I went to the Women’s March last week, and one in Columbus before then. Then my daughter told me there’s one in Cleveland, and I had to say I’ll take a pass. My eventual goal is to bring all these people together.

Do you think Bernie Sanders would have won the election?

Absolutely. He would’ve kicked Trump’s ass. There’s also a remote possibility we can meet with Bernie Tuesday when we go to Washington. Nina Turner [who traveled with Garrett] is a former state senator, and she worked for Bernie Sanders’ campaign and knew him personally. So hopefully we can get him as an audience.

When’s the next meeting for your reading group?

I think we had three students at the first one in November. They’re certainly welcome, so please come to our next one — it’s on Feb. 11 from 3–5 p.m.