On The Record With Aoife O’Donovan 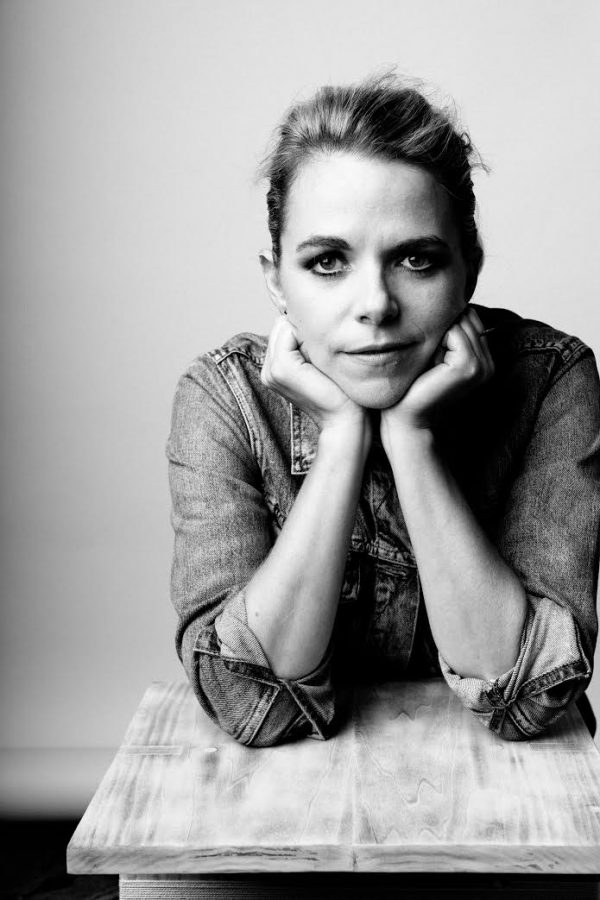 Irish-American singer-songwriter Aoife O’Donovan, who graduated from New England Conservatory’s Contemporary Improvisation department in 2003, has made her career touring and recording both solo and with other artists, including members of the Punch Brothers. Lead singer for bluegrass-folk band Crooked Still and a member of the female folk-trio Sometymes Why, O’Donovan has previously appeared at Oberlin to perform and teach master classes with the Conservatory’s American Roots residency program. She returns this week to lead songwriting master classes today and tomorrow, teach private lessons and host open mics and jam sessions.

When did you know that you wanted to be a professional performer?

I knew before I graduated college that I wanted to be a performer, but I didn’t know if I’d be able to do that for a living. Performing for a living is never a sure bet. It’s a month-by-month thing. I moved to New York after graduating and had some day jobs, like babysitting, before I was able to stop it all and focus on touring. I started a band called Crooked Still and eventually moved back to Boston.

You’ve visited Oberlin and spent time as an artist-in-residence in the past. What about Oberlin attracts you, and how did you get involved with the Oberlin community?

I had previously played at the Oberlin Folk Fest with Crooked Still back in 2009. I knew a lot of people who had gone to Oberlin and knew it was a great school and a great campus. But the first time I really got to know Oberlin was when I met up with the Punch Brothers to go on tour with them. They had just finished a residency and I flew out to Cleveland and got a ride to Oberlin to meet up with the tour bus. I got out of the cab in the parking lot of the Feve, … and I got to visit a practice room in the Conservatory and talk to some students. I was like, “Wow, this is an amazing place.” I came back to Oberlin last fall in 2015 to do a residency with the Punch Brothers and I really got to talk to students one on one.

You’ve performed in bands and as a solo artist. Do you prefer performing with a group or by yourself?

I like playing both in a band and by myself. It’s good to have various things that you do. Mostly, these days, I tour under my own name — sometimes it’s me solo, and sometimes it’s me in a duo or trio. I haven’t been touring with Crooked Still since 2011. But I’m in a couple of new bands, like I’m With Her, a collaboration with Sarah Jarosz and Sara Watkins.

The first record I put out with Crooked Still was called Hop High and we put it out ourselves. We made our money back from the record that weekend when we sold 1,000 records at Falcon Ridge Folk Festival. But that usually doesn’t happen now, especially with the music industry changing. I don’t think people buy CDs anymore with that enthusiasm and excitement. The benefits of having a label is you get a small advance, but you don’t have to front that money at the beginning — then again, you have to buy the album off the label. There are pros and cons to both, no matter what level you’re at. Some really well known artists self-release because they have the financial muscle to fund themselves. Some indie artists join a label because they don’t have the money to pay for their own publicist.

You’ve collaborated extensively with members of the Punch Brothers. Are there any other artists that you especially enjoy collaborating with?

There are tons of artists I’ve loved collaborating with over the years. I think my favorite thing about being a professional musician is getting to meet and play with other musicians. My favorite band to play with is a Scottish group called Lau. They’re so musical and experimental, but also so rooted in the Scottish tradition. One of my favorite memories ever is when Crooked Still and Lau played together at a festival in Scotland. Another favorite band to collaborate with is the Swedish band Vasin.

What’s next for you as an artist?

I have another month of touring, mostly by myself. I’m also doing a tour with Chris Eldridge from the Punch Brothers, and I’ll be working with A Prairie Home Companion. I have plans for an unannounced, exciting collaborative album in 2018, so stay tuned. I’m currently starting to work on my next solo album. There’s always new music coming.

You’ll be teaching some classes today and tomorrow, but do you have any words of wisdom for the aspiring songwriter or professional musician?

My most frequent words of advice are to find a community, seek out comments and criticism from your friends and peers and don’t be afraid to put it all out there. At the same time, don’t take it too personally if not everyone likes it. Even The Beatles had some skeptics.