Off the Cuff: Michael M. Lederman, Professor of Medicine 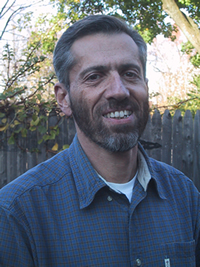 Dr. Michael M. Lederman has researched HIV/AIDS since 1983. With Dr. Oscar Rotno, he has traced AIDS-related immune deficiency disorders in hemophiliacs, contributing to the confirmation of the blood-transfer of AIDS

Dr. Michael M. Lederman is the Scott R. Inkley Professor of Medicine at Case Western Reserve University School of Medicine and University Hospitals/Case Medical Center where he is also a professor of biomedical ethics, pathology, microbiology and molecular biology. He is a member of the American Association of Immunologists, the Infectious Diseases Society of America, the HIV Medicine Association and a councilor of the Clinical Immunology Society. He is on the editorial boards of AIDS, the Journal of AIDS and Clinical Immunology. Lederman has been engaged in HIV/AIDS research since he and Dr. Oscar Ratnoff first identified AIDS-related immune deficiency disorders in otherwise healthy men with hemophilia in 1983.

Can you explain what your research on hemophiliacs and HIV/AIDS showed?

What we’ve showed is that the AIDS agent was likely to contain these contaminated plasma products, and I think that was important to recognize. And it wasn’t the only work that suggested that blood was a means by which HIV or AIDS could be transmitted, but I think it was important in alerting the community that that was going on.

Have you seen the social attitudes towards HIV/AIDS change over the past 35 years?

It’s been amazing. In the beginning there was fear, there was anxiety and there was some level of revulsion because this was an invariably fatal disease. As more and more people got to know people with HIV, there was much more sympathy for friends who were ill. And as this became a much more treatable disease, a lot of the revulsion went away. It was truly amazing to see how people’s attitudes changed. You know, in the beginning it was really scary because people were scared. People were anxious. People were afraid of one thing or another. And that gradually changed with time and dissemination of truth, dissemination of the facts. People changed attitudes.

How have you seen scientific work around HIV/AIDS evolve?

In the beginning [of the HIV outbreaks], for me, I was just starting my career. For people of my generation, this was such a compelling thing to do. The seriousness of this became clear within a year or two. The importance became clear, and getting involved in a new field of investigation when you’re a young researcher is a real opportunity because old fields are populated by these old guys who established their reputations and are pretty fixed and entrenched in their things. A new anything is an opportunity for a young investigator and people of my generation jumped for it. And all the best [immunodeficiency doctors], the best oncologists, the guys who were really energetic were attracted to the field. All the best fellows in training wanted to do HIV.

What are some of the best ways to protect against acquiring HIV/AIDS today?

Safer sex, [Pre-Exposure Prophylaxis], and if your partner is known to be infected, make sure he or she is on therapy. That’s what works. Other things are more experimental. People who are interested in getting engaged in those experiments can call us. We have this infusion trial of one of these neutralized monoclonal antibodies, but in that study not everybody gets the antibodies. Some people get saline, which is the right thing to do to see if it works. But the things that I mentioned — safer sex, use of condoms; if you’re a male and you’re not circumcised — getting circumcised cuts down on your risk. There’s also getting pre-exposure to prophylaxis. If you’re unaffected, it’s expensive, but it does allow 60 to 80 percent protection. And if you’ve got a partner who’s known to be infected, make sure he or she is on suppressive antiviral therapy.

Why was it so difficult to find an effective treatment for HIV/AIDS when it first emerged?

It wasn’t that difficult. We actually did pretty good. Six years after the syndrome was first identified, we had an effective but not durably effective treatment, and that’s pretty damn fast. And I’m not saying it wouldn’t have been better if we did it faster since a lot of lives could have been saved. We’ve all lost a lot of people we care about to this. But I think on balance, it was pretty much a success story.

Also, it was Rock Hudson’s death that mobilized the Reagan administration, because apparently, he was a friend of the first family. What I think this emphasizes is that people don’t pay attention to things until it gets closer to them, and the death of a friend — the illness of a friend — was enough to mobilize the Reagans to pay attention.

How close are we to finding a vaccine? A cure?

There’s an opinion piece in our journal Pathogens and Immunity, which I authored with some friends that talks

about a cure. If you search Pathogens and Immunity on Google, it’ll get you to our website. It’s free, open access and it provides the opinions of a number of leading AIDS researchers about the likelihood of a cure. I think it’s pretty far away — it’s a moonshot. But I think doing research is good.

In terms of a vaccine, I think we’re getting there. There are a couple of strategies that are looking good.

What are some key things to be alert about with HIV/AIDS in the present political climate?

Well, one thing is that there’s a lot of debate in our society about what it means to have access to health care. Some of us feel that all people in our country should have access to health care. Some people feel that healthcare is really a business, and that a business model should be applied to health care. I happen to disagree, and I’ve been fortunate enough to work in a field — HIV care — that has been exceptional, meaning that the [Ryan White HIV/AIDS Program] has allowed me to provide care to my patients whether they have money or not. In the beginning, my hospital let me do that, but then, if it weren’t for the Ryan White legislation, I don’t know what my hospital would’ve done.

People who don’t have HIV and don’t have money have a lot of trouble getting access to care, and that’s, in my opinion, why President Obama’s [Affordable Care Act] was so important. Now, if the [Republicans] want to do away with it, they should be thrown in jail; but if they want to fine-tune it, I’m all for it, because it’s not a perfect legislation, but it’s a start. I think what we need to do is have society where there is access to healthcare to all who need it. And that’s not just for HIV, that’s for everything.