In The Locker Room with Women’s Lacrosse 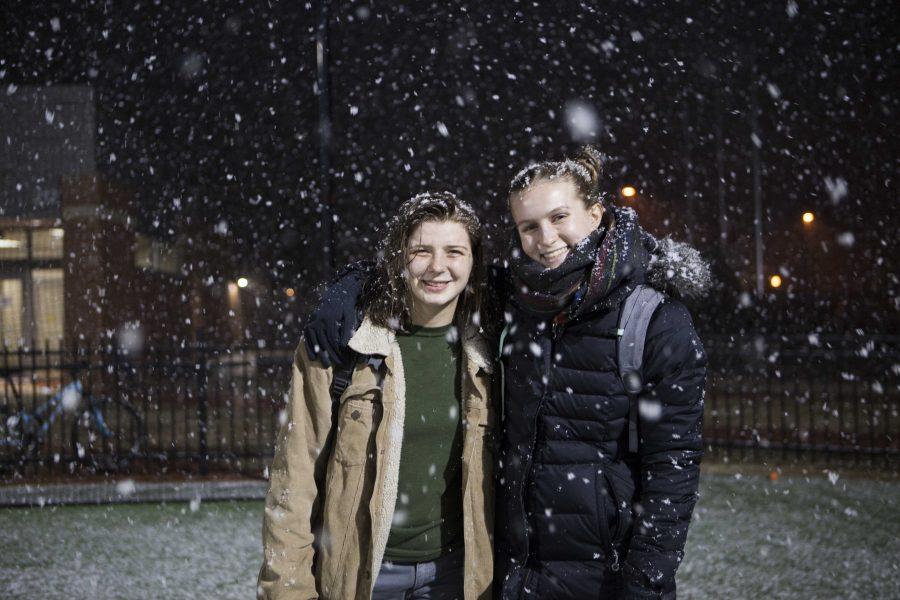 This week, the Review sat down with women’s lacrosse first-year midfielders Mia Battle and Eliza Amber to discuss their rookie season, offseason training and the eight-person senior class leadership. Last season, the Yeowomen finished 10–7 overall and 4­–4 in North Coast Athletic Conference competition, falling to The College of Wooster in a heartbreaking 14–13 loss to keep them out of the NCAC tournament. The squad ranked fourth in the conference’s preseason poll and earned its first win in its season opener Wednesday against Heidelberg 17–2.

Q: How excited are you for the start of your season and to play in your first collegiate game?

Eliza Amber: I would agree. The team is super energetic, so it will be nice to have us all on the same side working together because it’s always a weird dynamic when the team is split up to scrimmage each other. I’m a little nervous, but I’ve only heard great things about our team. I don’t think there is anything to be worried about.

Q: How has the offseason prepared you to be successful during the season?

MB: It’s been pretty good. It’s been a lot more work than I was used to in high school, but I think it was really good for me to learn new things and challenge myself.

EA: Working out is year-round, which is a new thing for me, but it was good to have stick skills going all throughout the year. I feel like in high school, I would miss a little bit when I played other sports, but I feel solid about the season.

Q: What improvements has the team made during the offseason?

MB: There were a lot of injuries last year from what I heard, and I think people are trying to take better care of themselves so we don’t have that issue again.

EA: I think our defense is really strong. I don’t know how it compared to last year, but we very commonly are talking about our strong goalies and our strong unit.

Q: Did missing the North Coast Athletic Conference Tournament by one game last year provide any extra motivation for the team this season?

EA: I would say for sure. I hear our team talk about it a lot. We just got our preliminary ranking, and they were all super pumped up about it and a little pissed. It’s definitely a motivation to do well. We talk about the conference a bunch, so coming in as a first-year, I want to live up to that and make sure it happens.

Q: How is the transition from playing lacrosse in high school to playing in college?

MB: It’s definitely a lot more involved and aggressive in college, at least for me, because lacrosse wasn’t as big of a thing in Texas.

EA: I came from a pretty tiny school, and everything is so much tighter on defense and offense. Everyone is communicating. I enjoy the college level a lot more. Everyone is super motivated on this team, and that makes everything better.

Q: How important are the eight seniors to the success and leadership of the team?

MB: They have all been great. It’s so nice to have a lot of role models of different interests and different personalities. They all give great advice and I think they help everybody grow.

Q: How has the team chemistry been so far?

MB: I’m so happy that I decided to play because coming into college, it can be hard to make friends and navigate all of the social situations. Having people automatically was really nice for me, knowing that at least somebody has my back.

EA: I think we are a really close team. It’s so easy to walk into the Science Atrium and just sit down with any team member. On the weekends we all hang out, and it’s pretty nice to have a group.

Q: With just four first-years on the team, how has that group dynamic been?

EA: I think it’s nice. Four is a really good number. We are pretty close. We are all getting ready because next year there are going to be a lot of people coming in.

MB: It’s nice to have a smaller group within the big group.

Q: How will the non-conference schedule prepare the team for success in the NCAC?

MB: At least for the first-years, I don’t know what position [Head Coach] Lynda [McCandlish] is going to want me to play so it’ll be nice to figure all of those logistical situations out before we are playing conference games.

EA: Coach has talked about these first few games, almost treating them as scrimmage-like, to get the cobwebs out.