On the Record with Ethnomusicologist Aaron Fox 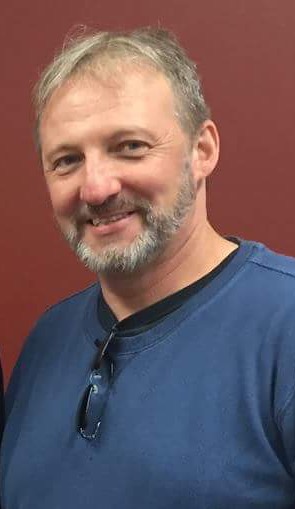 Photo courtesy of Aaron A. Fox

Aaron Fox is an associate professor of music and ethnomusicology and the director of the Center for Ethnomusicology at Columbia University. His educational background demonstrates the intersection of fields in which he works; he holds a bachelor’s degree in Music from Harvard University and a Ph.D. in Social Anthropology from the University of Texas at Austin. Fox collaborates with Oberlin Assistant Professor of Environmental Studies Chie Sakakibara on repatriating recorded Native music and has written extensively on the question of intellectual property.

Fox visited Oberlin March 25 to deliver the keynote address for the Midwest chapter of the Society for Ethnomusicology, “Ways of Hearing: Decolonizing the Ethnomusicological Archive,” in which he discussed his work repatriating recordings collected by Laura Boulton, an ethnomusicologist who traveled the world recording music and dance from many Native peoples in the mid-20th century.

Who was Laura Boulton and what is her legacy?

In some ways, it’s remarkable how much she did accomplish, but with her whole generation [engaged in colonialism], she left behind a legacy that’s tainted by its relationship both directly to colonial power and indirectly to the promulgation of mythologies about indigenous people and traditional cultures that were rationalizations of their political subordination, assuming their disappearance or their need for paternalistic protection of their culture and their representation of a timeless and premodern past.

The major point I try to make is that these encounters actually happened with fellow modern people, who were then constructed as primitive people for the benefit of the archivist’s or collector’s agenda. Professor Sakakibara and I work with the descendants of these same performers, and they’re filmmakers and rappers and educators and world travelers. The Alaskan songs that Boulton recorded in 1946 that I work on with Chie [Sakakibara] were … presented by her as rare and disappearing. When we came back in 2008 to repatriate those songs, the dance tradition was thriving.

In archaeology and anthropology in general, when we talk about repatriation, we’re usually talking about physical objects. How do you repatriate something that isn’t an object?

The major focus of work that Chie and I do involves reconstructing the histories that didn’t get collected with the recordings of ownership, of the traditional meaning and utility of songs, … and also just the direct oral histories of the recordings and the performers on them. … Who were they? What was their place in the community? What did they do after Laura Boulton left? What happened to these songs in the interim? Rarely did they disappear; they’re often still in the repertoire.

On the surface, reproducible cultural artifacts like recordings of songs, or photographs of artworks,or documentations of rituals and writing [seem like they] would be non-singular objects that can be copied any number of times. Therefore their physical location is not unique. For many Westerners, songs and dances don’t have the same status as either restricted knowledge, sacred ceremonial value, family property. Lots of people have trouble with the idea that there’s something unethical about a recording existing in two places, and most music repatriation has taken the form of … getting copies to interested parties, so either to tribal museums and archives, or directly to descendants of performers on the recordings, or very often to indigenous scholars, activists or musicians who want material to work with for their own cultural reclamation or survival projects.

Why is the ownership of these songs so complicated?

The first person to record or write something down acquires some sort of magic control or authorship over something that may have belonged to a family for generations in an oral tradition. That didn’t just happen with field recordings of indigenous music, that’s how American popular music was born. There’d be no record industry without stealing intellectual property from oral tradition. So it’s broader than Native American music or field recording, but in the case of field recording there was a particular history of the formation of the archives as legal entities, the claims archives had to control. This is where it gets more complicated, because although you can reproduce that song millions of times, the right to say who can do that, the right to say who can use it, the right to say, “No, nobody can use it,” [is attributed to possession]. Possession conveys control.

The other big thing is pushing the control of and location of archives out from the metropolitan university museum space to local control, so more and more tribes have their own museums and archives and archivists and oral historians. There’s no reason why the Tsimshian recordings Laura Boulton made in British Columbia in 1942 should be in New York. The Tsimshian are perfectly capable of keeping them in Lax Kw’alaams, British Columbia, and deciding on their own who should have access and whether they should be published and so forth. Most of the assertions to ownership of Indigenous intellectual property, including Columbia’s with Laura Boulton, would not survive litigation nor would anybody else’s claim.

Laura Boulton licensed her recordings to Folkways for commercial release, she sold them to Columbia, Columbia gave them to the Library of Congress, then Laura Boulton left her copy to Indiana University, which acquired some rights by that. All three of the institutions now observe this complicated dance when somebody wants to transcribe or publish or work with [the material]. [That] Laura Boulton owned these is the founding statement, everything else depends on her initial assertion that these are [hers]. She stands for a whole generation of collectors who confidently asserted that and left us with a huge burden of unwinding, to the extent we can, the small injustice that stands for an entire regime of dispossession, of which the dispossession of their land and children is more significant, but this remains symbolic of that, this little thing.

I always tell people to think of archives as war memorials, not just as neutral sites of cool things. The victor builds the archives and remembers the war in terms favorable to the victor.

Except the war isn’t over. Native people are still here, and they’re increasingly asserting, as at Standing Rock [Reservation], that they’re legally entitled to sovereignty and recovery of treaty-bound lands and unwinding of broken promises and all the rest of it.

If you think about how ethnomusicologists could contribute to that larger decolonial critique, … it’s primarily about indigenizing the process of archiving itself, making it responsive to Indigenous frameworks of understanding. And then that’s what we teach! It’s much more interesting to teach these as documents of the Native American Civil Rights movement, for example. Students find that so much more compelling than “Inupiat music is characterized by a bare minimum of resources, a drum and a voice,” like, whatever descriptive apparatus we could use that primitivizes it. Just say, “Hey, these guys recording in 1946, they went on to be leaders of their community during a successful civil rights movement that was centered on dance.” It was the most prominent expression of Alaskan Native identity across all the tribes that had to unite to fight for the Alaska [Native Claims] Settlement Act in [1971]; they got together every year and danced at the Alaska Federation of Natives and traded songs, and that was where they formed common cause and figured out their political organization.

Repatriation is clearly helpful for Native groups in terms of recovering agency. What does repatriation do for ethnomusicology and archival work?

We know much more about these materials as traditional culture and in their historical frameworks because the repatriation work just filled in tons of context. When Chie and I got to Barrow in 2008, the last of the elders who were great experts in music and old enough to remember the music of 1946 were dying. We interviewed Martha Aiken and Warren Matumeak and numerous other elders who are now dead, who all appear in the photos that Boulton’s photographer took in ’46 as teenagers in the church choir. It’s their parents whose music we’re talking about. If we had come three or four years later, they would have been gone and that memory would have been lost.

The Iñupiaq view is “Hey, we share, it’s what we do, it’s the core of our culture.” You show up as a tourist, you’re going to be eating fermented whale blood within the hour. Someone will feed you. And it’s not fake, they’re a genuinely welcoming and hospitable community, which is their way because in their world, feeding strangers was the way you made sure you got fed. It’s not naïve, like “We share ‘cause we’re nice,” [it’s], “We share because it’s our way of building alliance and sociability and community.”

The Iñupiaq [outlook is] that you’re welcome to take but you have to improve and return the improvement to the community. Laura Boulton was the recipient of a gift that obligated, if not her, then her successors, to a relationship, and we see that as more interesting in some ways than the fate of the recording of a song. It stands for a larger relationship of faith and trust between universities and academic disciplines and indigenous communities, where we have a sort of reciprocal responsibility that our ancestors incurred as a debt. The archive has deeply relied on the projection of American Indians as representing the primitive evolutionary path of music, which is wrong and denial of their contemporaneity and their agency, but without it there would be no institutionalization of the field, there’d be no funding, there’d be no professorships, there’d be no departments, so in a sense we owe them everything.