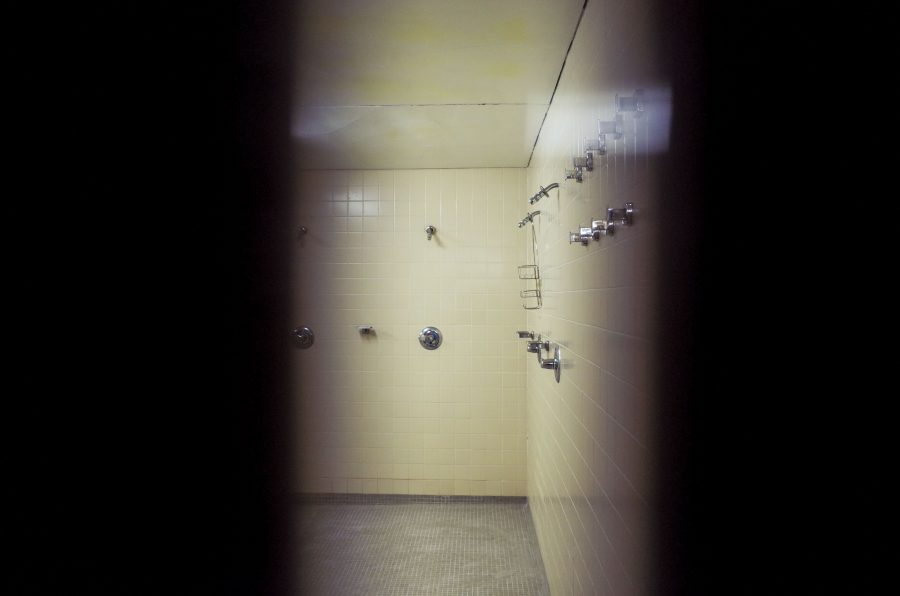 A student was charged with voyeurism for filming people showering through a crack in a bathroom stall in the Philips gym men’s locker room. His pretrial date is set for April 4 at the Oberlin Municipal Court.

Just weeks after a separate case of voyeurism charges in Oberlin, a Conservatory first year has been charged with filming undressed student-athletes in the Philips gym men’s locker room. In the two weeks before spring break, multiple male student athletes, including members of the basketball and swimming teams reported a student filming them while showering and in the stalls of the locker room.

College senior and basketball player Scott Miller, who was showering with teammate and College senior Zach Meyers on March 9 following a workout, noticed a student repeatedly passing by the showers while looking down at his phone.

“We didn’t think anything of it then; obviously we weren’t expecting the worst,” Miller said. But after hearing a similar physical description from teammates who noticed odd behavior, Miller felt confident it was the same person. “When I got the message that he had been filming under the stalls, and the description matched ours of the guy we saw in the showers, all of my thoughts just kind of sunk. I felt so violated. We shower and walk around in that area, and it really felt like a safe space until this happened.”

A week later on March 16, College first-year and basketball player Evan Suppa filed a report with Safety and Security after suspecting a student of filming him showering through a crack in the bathroom stalls next to the showers. Safety and Security then posted numerous flyers, officially called a timely warning, in Philips and around campus informing people of the recurring incidents.

Before working out the following day, College senior and basketball player Jack Poyle noticed a person in the locker room who fit the description, leading him and teammates to call Safety and Security. Upon arrival, Officer Violet Fisher confronted the suspect in a Philips hallway, followed soon after by Oberlin Police officers Raymond Feuerstein and Bashshar Wiley arriving on the scene.

The suspect initially claimed to be at the gym for a workout, but officers pointed out that he was dressed in street clothes and was not sweating. After questioning him about this, the student admitted to filming people in the gym.

“[The student] then admitted he was not at the gymnasium to exercise but that he ‘sometimes likes to look at people in the shower’ but he does not videotape them.” Wiley wrote in the report. “[He] then admitted his reason for going to Philip’s gymnasium was to look at people in the shower instead of exercising but [that] he’s ‘not proud of it.’ [The student] also admitted to recording individuals nude in the shower of the men’s locker room and further informed me there are video recordings from his cell phone which are not stored on the actual device but instead are in his Google Drive Cloud which could be accessed from his cell phone or computer.”

Officers then took the suspect to the police department, where they confiscated the cell phone and found four videos on it of “a white male completely nude in the shower area of the men’s locker room.” The student was then charged with voyeurism and given a pretrial court date of April 4 at the Oberlin Municipal Court.

According to Miller, officers contacted him and other teammates following the incident to explain that aside from their cases, there were “a handful” of similar reports filed by other students. Miller added that Title IX director Rebecca Mosley reached out via email to him and other students to offer support and advice.

This incident occurs just weeks after a similar case where an Erie county man was arrested for filming students undressing in off-campus houses. Safety and Security Assistant Director Cliff Barnes thought it was curious that two similar voyeurism cases have happened in the last month.

“You never know what the next day’s going to bring, but it seemed unusual to me that the last one was the incident with a man filming campus houses,” Barnes said. “Now we have to go out and warn our community about something very similar happening.”