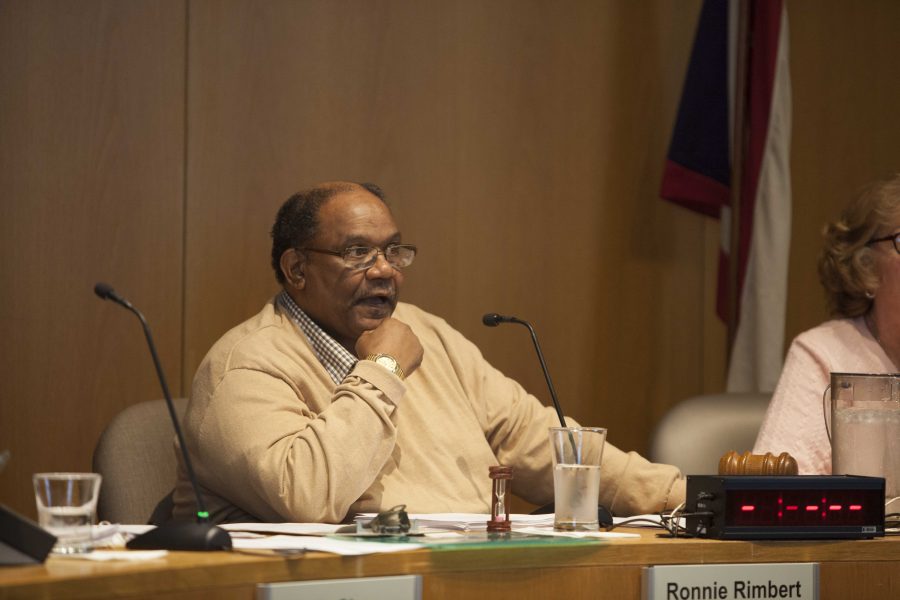 City officials are staunchly resisting a recent proposal by Ohio Governor John Kasich that would give the state centralized control of each city’s business income tax. Local officials fear the program is a stepping-stone to state regulation of local matters, leading Oberlin City Council to pass a resolution in opposition to the proposed program at Monday’s meeting.

Oberlin City Councilmember Sharon Pearson views the plan as just another step toward more state control of the cities.

“The plan is eroding away local rights and hurting our residents, because that means we are going to have to make up that money somewhere else,” Pearson said.

“This is our community,” Burgess said. “Who are they to tell us how to run our town? It bothers me.”

According to Burgess, the city has lost more than $1 million each year due to state involvement in city finances but was unsure this proposal would cause a net loss in city revenue since there is fluctuation based on Oberlin’s net profits tax.

City Finance Director Sal Talarico worries that this could be just the beginning of larger state plans to take centralized control of city finances and operations.

“The first step was when they forced municipalities to standardize tax revenues,” Talarico said. “They said if you don’t, you won’t be authorized to collect tax. Talk about putting a gun to your head. So, we did it. Now they are taking the second step.”

Communications Director for the Ohio Department of Taxation Gary Gudmundson pointed out that the proposal is only for the collection of income tax from city businesses, which makes up a small portion of the overall income tax revenue.

The tax proposal, if passed, would go into effect in the 2018 fiscal year. Gudmundson argued the tax reform would help the economy and support advertising to out-of-state visitors.

“It would make the economic and business climate in Ohio greatly improved,” Gudmundson said. “We would have a better chance at attracting business to the state and making in-state business more profitable. It’s a no-brainer.”

Gudmundson estimated the proposal would save Ohio municipalities $9 million per year by more efficiently processing tax returns, and believes that the centralized plan will benefit Ohio taxpayers, pointing to criticism of Ohio’s current local income tax system, which allows each city to design its tax laws.

“The national Tax Foundation has called Ohio’s municipal income tax the worst local tax system in the country,” Gudmundson said. “They all have their own rules, their own requirements. It’s completely fragmented and a huge burden on business taxpayers in Ohio.”

However, Talarico believes there shouldn’t be such a reinforcement of power at the state level.