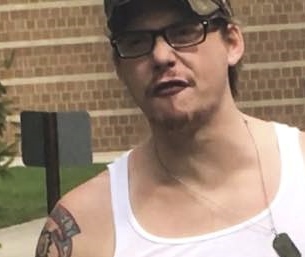 An intoxicated man verbally harassed three students with racial slurs and threatened them with a knife in the Asia House parking lot Monday morning.

The perpetrator, Geoffrey George Raymond Basel, a 28-year-old white man from Columbia Station, Ohio, was reported to have been under the influence of alcohol when he approached a College junior and Asia House resident around 10:50 a.m. The student was returning from the airport, having just arrived in the parking lot when she encountered Basel, who was in a blue Ford pickup truck. The student said that she was waiting for her boyfriend to come from the Science Center when the man called her over. She initially thought he needed help until he said, “Hi, cute Asian girl.”

The student said that she was afraid and started to walk away. The police report cites that Basel allegedly responded by harassing her with racial slurs, so she turned on her cellphone and began recording the incident. The student then called someone who was passing Stevenson Dining Hall over to help her. The bystander came over around the time that the student’s boyfriend arrived.

“The man was approaching us, trying to grab something from his pocket, and then it turned out to be a knife,” the Asia House resident said. “He was wielding the knife, saying that he was going to hurt us, was going to cut us. My friend is actually Hispanic, and [Basel] was calling him a dirty Arabic. … He was calling me a Chinese b—h. … He kept saying, ‘I’m going to cut you. I’m going to stick you.’”

The student said that Basel’s actions and yelling began attracting bystanders’ attention. She also said that when Basel realized he was beginning to attract the attention of others, he tried to escape the scene in his car, but Safety and Security officers and Oberlin Police Officers Steven Chapman, Matthew Sustarsic and Marc Ellis had already arrived on the scene.

The police report of the incident stated that Chapman was the first to pull up in an OPD vehicle.

“Sgt. Chapman drew his rearm and held Basel at gunpoint until the reporting officer arrived,” the report reads. “ The subject replied to Sgt. Chapman’s commands ‘if you have a … problem then just shoot me.’”

Basel was then handcuffed and detained. Noticing that Basel’s speech was slurred, the police had him take a Blood Alcohol Content test. The officers found his BAC level to be .227, which is defined as dangerously drunk and nearly three times the legal limit of .08 percent.

Basel said in the police report that he was in Oberlin “looking for a subject to recover $35 that he gave” to an unknown woman, although Basel did not state what the money was for. In the report, the police on the scene believed that due to the influence of alcohol, Basel may have been lost while trying to locate an Oberlin resident rather than a student.

Following the confrontation, Safety and Security posted notices about the incident throughout campus Tuesday and the Dean of Students Office circulated an email citing measures students can take to protect themselves and to find support.

“If you are traveling around campus and feel unsafe, remember that the blue light phones found in numerous spots around campus will connect you immediately to assistance,” the email writes. “The Student Shuttle system can help you travel in the evening hours, and Safety and Security will provide walking escorts to individuals who are concerned about safety — please call ahead if possible as response time will depend on staffing.”

Dean of Students Meredith Raimondo said that based on immediate findings, the campus does not appear to be under threat now that Basel has been taken into custody.

“The Oberlin Police Department immediately took the responsible individual into custody and the available evidence does not suggest that any individual student or that the College as an institution was specifically targeted,” Raimondo wrote in an email to the Review. “Thus, it does not appear that there is a specific or ongoing threat to campus safety at this time.”

Assistant Dean for International Students Dana Hamdan, who has been meeting with the threatened Asia House residents, said that it is important for the campus community to continue protecting one another, especially given the increase in hate crimes after last fall’s presidential election.

“The outcome of the presidential election changed the national climate,” Hamdan said. “As a result, higher education institutions, including Oberlin, need to continue their commitment to their students by providing support and resources that are transferable to the current needs of students. … For positive change to be sustainable and effective, it’s important to be strategic and to think long term so we are being proactive and not reactive.”

Basel was charged with operating a vehicle impaired under the influence of alcohol and aggravated menacing. His pre-trial hearing is scheduled at the Oberlin Municipal Court at 2 p.m. April 18.