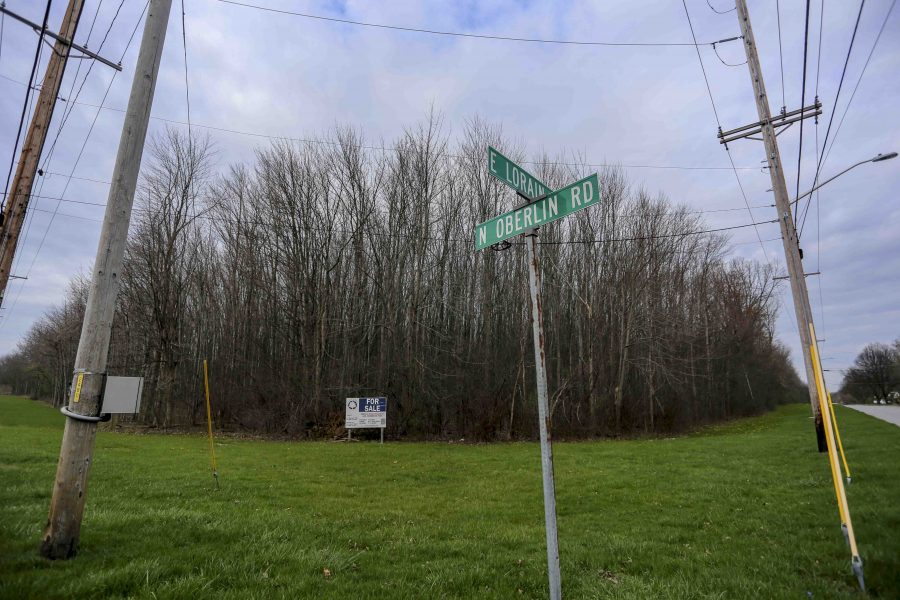 City Council is considering a plot of land on the corner of East Lorain Street and Oberlin Road as a potential location for medical marijuana businesses. After Ohio authorized the commercialization of the drug for medical purposes last fall, council is discussing benefits to the local economy.

City Council is considering bringing the medical marijuana industry to Oberlin in hopes of revitalizing the local economy. Councilmembers in favor of a resolution allowing manufacturers and distributors to set up camp in town are hopeful that others will get on board with the proposal.

A law passed in Columbus last fall legalized medical marijuana in Ohio, making it available to patients with 23 specific conditions including HIV and AIDS, spinal cord disease and injury, Crohn’s disease and posttraumatic stress disorder. According to the Oberlin News-Tribune, this legislation allows the Department of Commerce to issue up to 24 licenses for marijuana cultivation and the State Board of Pharmacy to distribute up to 60 licenses to sell medical marijuana in Ohio.

Now that certain companies are seeking locations for production, distribution and cultivation throughout Ohio, City Council is debating whether Oberlin should open itself up to the medicinal marijuana business. Councilmember Kelley Singleton has been working to bring the issue to council for four months.

“Fourty-seven percent of Oberlin — the College, the churches, Kendal [at Oberlin] — are property-tax exempt,” Singleton said. “That leaves us a very nite amount of money that we can produce to maintain our services. The city gets most of its revenue from income tax.”

Singleton said that neighboring communities have seen success in their efforts to integrate medicinal marijuana enterprises into their local economies, adding that Oberlin should also capitalize on the opportunity.

“Norwalk was looking to do something like this,” Singleton said. “The numbers that they put forward were $1.5 million annually in payroll. Our income taxes can come from that and that would be a nice influx. There would also be sales tax [if we were] to have a dispensary. It would actually help the whole county. My main thrust is that it is an opportunity. We have to at least try to position ourselves to bene t from this thing that is legal in this state. The governor assigned it, so it’s the law.”

“There are only a certain amount of these facilities being allowed in Ohio,” Pearson said. “If we wait too long, it could be an opportunity lost. Economic development is one of our top priorities here at City Council. is would generate income tax for the city. It’s more people spending money at our downtown business, going out for lunch. It’s just like any other business. Whether it’s medical marijuana or not, any business is economically stimulating.”

“We need to be aggressive in bringing industry to Oberlin,” she said. “I like a proactive approach to getting more jobs here in Oberlin.”

Aside from the economic benefits, Slocum also said that producing medical marijuana could have benefits in the health care of chronically ill individuals.

“I have heard enough testimony that it is helpful and beneficial, and I would want it to be available for them,” Slocum added.

Still, council support for attracting medicinal marijuana enterprises is not uniform across the board. While Councilmember Sharon Fairchild-Soucy acknowledged the drug’s medical benefits, she said that making the medicinal marijuana industry more mainstream in Oberlin could risk increasing adolescent substance abuse in the community.
“I am concerned about it being used by young people, as I would be about alcohol, before a necessary maturity is developed,” Fairchild-Soucy said. “However, as an adult drug for medicinal purposes, I am very much in favor because of what it might do to reduce criminality as well as the medical benefit.” Singleton explained how Oberlin would need to openly advertise itself and identify specifics of where and why the businesses should come here.
“We need to be able to provide these companies with locations,” Singleton said. “We would need to put together almost like a sales brochure, and let them know that Oberlin is open for business.”

The Planning Committee will meet to discuss potential locations Wednesday. However, Slocum said that this could be difficult with Oberlin’s limited commercial space. Despite this obstacle, Singleton said he wants the city to tackle the challenge.

“I hope they discuss it as soon as possible,” Singleton said. “The law doesn’t take effect until September 2018. It’s important to get it up there now because the people who will be awarded need to put proposals together so they can be accepted by the state. at takes time. Let’s get this moving as fast as possible so people can get started on their development plans, their site plans, their business plans.”

If the Planning Committee is in support of Oberlin becoming a manufacturer or distribution center, the matter will come to a vote at council’s regular meeting May 1.