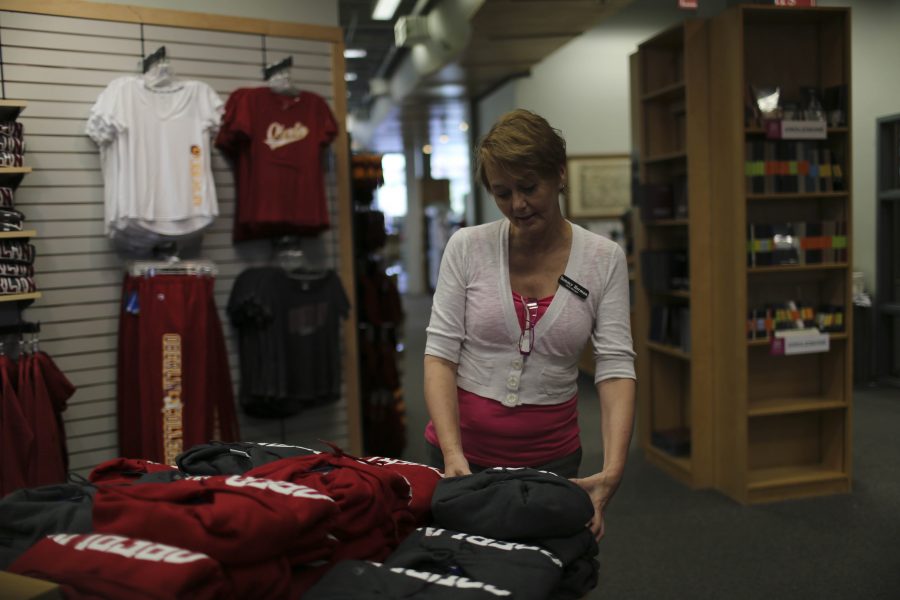 The College’s Purchasing Com­mittee is preparing a response to a recent discovery that Nike — one of the school’s largest apparel providers — breached Oberlin’s Sweatshop-Free Apparel Code of Purchasing by buying from factories with unsafe working conditions and failing to permit out­side labor monitors from inspecting its contracted factories.

Like most apparel companies, Nike doesn’t actually make its own clothes but contracts them out to factories all over the world. Under Oberlin’s Code of Purchasing, Nike must demand that the factories it uses adhere to certain labor standards, and it must also al­low private inspectors into these fac­tories to assess the labor conditions.

Oberlin’s Purchasing Committee, dedicated to ensuring that Oberlin buys clothes from facilities that ad­here to these standards, was notified of the breach in the fall. The informa­tion came from a Workers’ Rights Consortium report in 2016 document­ing widespread labor abuses at Han­sae Vietnam Co. Ltd., which provides university-licensed goods for Nike and employs nearly 8,500 workers.

Among other findings, the report shows that Hansae Vietnam, a factory based in Ho Chi Minh, Vietnam had labor violations such as verbal abuse of workers, unsafe exposure to chemi­cals and extremely high temperatures. Hansae is a Korean corporation with factories in China, Guatemala, Indo­nesia, Nicaragua, Saipan and Vietnam.

Nike is currently refusing to release the names and locations of factories to which it contracts orders. Releas­ing these names, which the company has done in the past, allows outside inspection groups like the WRC to investigate labor conditions. Blocking third-party inspection directly violates the supplier contract the College has with Nike.

“If Nike does not change, other big brands will also follow them,” Gao said. “This would essentially cause a big drawback for the whole anti-sweatshop movement.”

Marc Blecher, chair of the Politics department and Purchasing Commit­tee member, said that Nike has had a history of unethical labor practices.

“The original anti-sweatshop movement began around student concerns around Nike,” Blecher said. “They were really not doing it the way they should have and … we cut them off. And a few years later they changed and got their act together. And then we started buying from them again — quite happily. … Our goal is to try and exercise what influence we can to get them to do better. And then within the last year Nike has changed again, gone over to the dark side, for reasons we don’t fully understand.”

Though many students may not have heard of the Purchasing Com­mittee, it has a huge effect on some students’ lives, particularly athletes. The Purchasing Committee was the driving force behind the 2012 switch from Adidas to Nike when it became clear Adidas was using unfair labor practices. Blecher said the Athletics department — the primary recipient of Nike apparel — is partial to Nike brand items and hopes that they will turn their practices around before the contract has to be renewed.

Oberlin has a long history of anti-sweatshop activism. The Purchasing Committee has been monitoring these issues since the group’s establishment in 1999, conceived in a period of na­tional anti-sweatshop advocacy. Stu­dents across the country mobilized around sweatshop concerns, leading marches, sit-ins and demonstrations. In 1999, Oberlin students walked into then-President Nancy Dye’s office and demanded she sign a document they drafted stating the College would no longer do business with those who used sweatshop labor. She took one look and signed it immediately. Ober­lin became the second college in the nation to sign such a document.

Soon a committee was formed, establishing a code of conduct that all apparel suppliers had to follow. The committee has gone by a va­riety of names since its inception: The Anti-Sweatshop Committee, the Sweatshop-Free Apparel Commit­tee and most recently the Purchasing Committee. But its mission has always remained the same: use the College’s influence as a buyer to force compa­nies to adhere to fair labor practices.

The committee has been trying to get in contact with Nike about why its practices have changed.

“We are at an impasse and so are many other colleges and universities,” Blecher said. “We’re a relatively small player — Nike is not going to change their whole corporate policy for Ober­lin College, but it’s very important for us to be part of this big movement. And so, we’re trying to find out who else is trying to raise some questions with Nike. I mean, what we are looking for obviously are the big ten schools, who have worked very actively on this before.”

Committee members will be meet­ing with a Nike representative some­time in the coming months to discuss why Nike has changed its communi­cation practices.

Oberlin is currently under a three-year contract with Nike, which will be up for negotiation next fall. Blecher added that if the issue is still not re­solved by that time, it could mean a break in partnership.

“I don’t think there’s any thought of abrogating it in the middle of the con­tract, but if this is still going on when it comes time to renew it, it’s going to be very difficult to renew it and we want Nike to know that,” Blecher said.