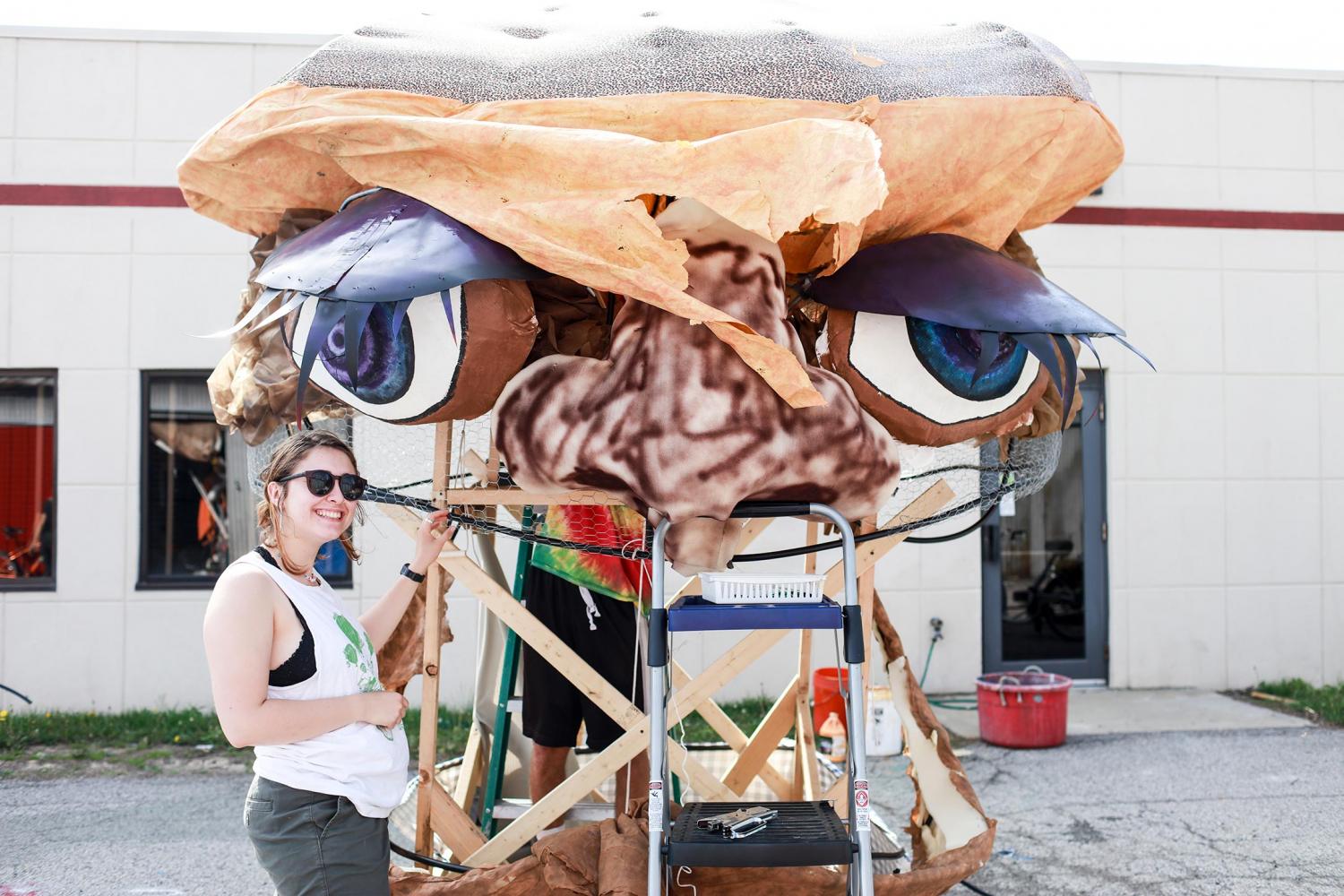 College senior and Big Parade Chair Chelsea Ettlinger poses next to a float being built in preparation for this year’s Big Parade, which will begin at Prospect Elementary School tomorrow at 11 a.m. and make its way to Tappan Square. The annual event, which began in 2002, is free and open to all and features student-created floats, stilt walkers, bikes and other street performers. From noon to 2 p.m., the event will feature live music, face painting, free food and a pie-eating contest in Tappan Square. In the weeks prior to the parade, College students and community members attended open hours at the Big Parade’s construction space behind the Student Health Center to construct floats that will run in the parade.