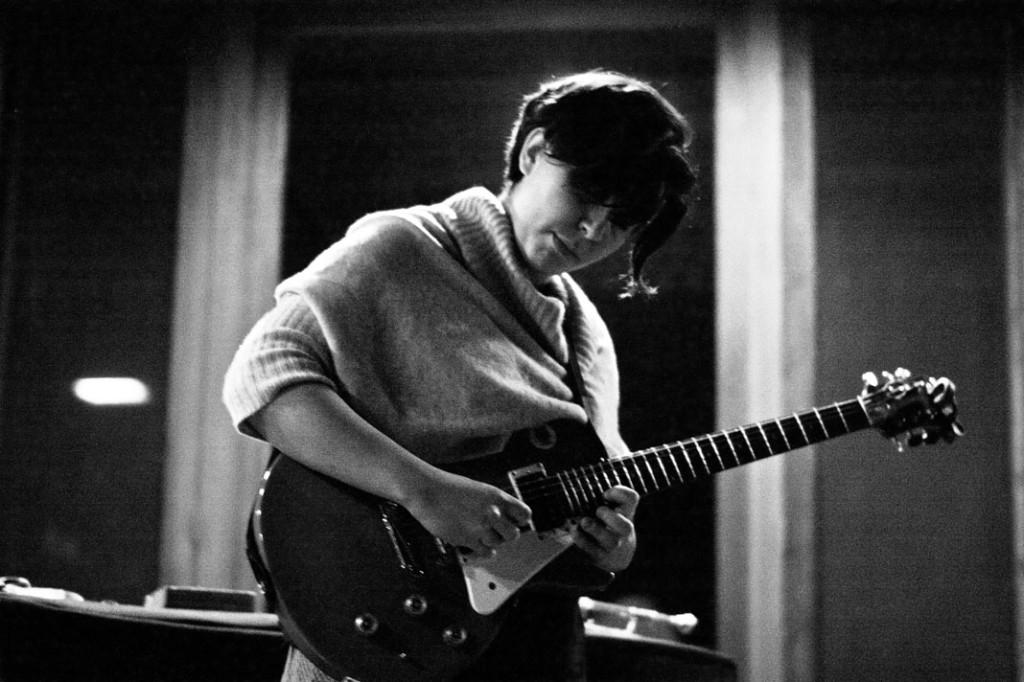 On the first truly frigid day of December last Saturday, students gathered in the Weltzheimer-Johnson House to listen to an intimate performance by four TIMARA majors. Few were audacious enough to brave the freezing weather, but those who did were rewarded with a rich, varied performance. The dark, deep red wood of the house was the perfect location for Usonian Solos, the final fall semester performance by the improvisational music group Soundfarm.

The event was named for the word used by the house’s architect, Frank Lloyd Wright, to describe what he saw as the future of architecture and urban planning in the United States. The homes he built in this style were one-story, L-shaped and promoted cohesiveness with nature though simple materials and large windows.

Sitting on or wrapped in blankets, the unheated house drew the small audience of both students and Oberlin community members together and close to the musicians. Of course, the intimacy also stemmed from watching performers spontaneously create music. This was true of the electronic musicians especially, because their genre calls for constant action — pressing buttons, recording, replaying, looping and distorting. The selection of performers was also more diverse this time around: One was a visiting faculty member and another a guest lecturer.

The atmosphere and shape of the house suited solo performances. The simple equipment — computers, violin, drums, a piece of chain, bassoon and vocals — communicated a certain “do-ability.” That is not to say that the performers were not using complex structures. Rather, any non-musicians in the audience were able to understand intellectually and artistically what was happening in each piece.

Electronic composer, Brown University Ph.D. candidate and Visiting Assistant Professor Lyn Goeringer was a fantastic choice for this performance. Not only was her music a delightful experience for the ear, but her focus on the effects of found space and infrastructure on music made it evident that she knew how to best use the space to draw inspiration for musical choices.

Guest lecturer and bassoonist Dana Jessen also played, showcasing her extensive knowledge and development of contemporary bassoon. Her piece, as well as that of Conservatory first-year Sarah Snider, recalled the Weltzheimer-Johnson house as the set of a Hitchcockian thriller. The low notes of Jessen’s piece and the strident violin and electronic textures of Snider’s echoed throughout the house.

Like Goeringer’s before them, both Jessen and Snider’s pieces contained supernatural elements, in contrast to College junior Valerie Perczek’s piece, which had a strong, warm, corporeal feeling. Perhaps it was because the audience had finally warmed up, or perhaps it was because of her earthy instruments — a guitar, a single drum, a trumpet, part of a chain and bones. She used these human noises in her piece, sounds that originated from public and private places: a crowded train, a little girl speaking, a man cooking and her own voice. It was an excellent conclusion to a performance which, as a whole, succeeded in providing music steeped in technique and ethereal mood.