Off the Cuff: Liz Burgess, Owner of Ginko Gallery 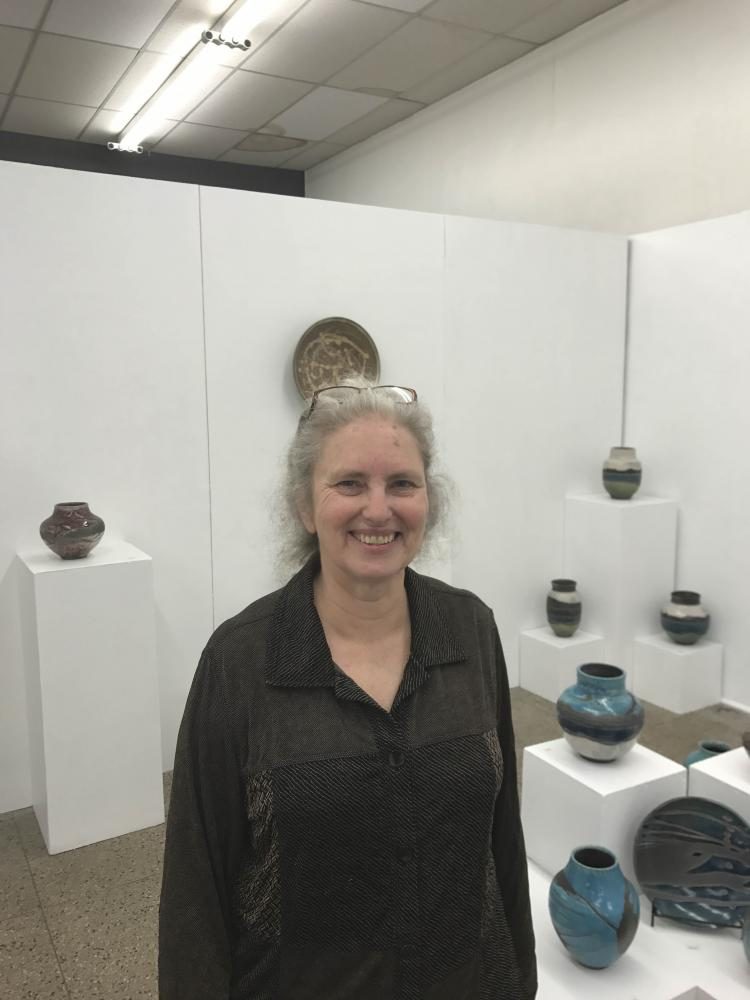 Liz Burgess, OC ’73, is the current owner of Ginko Gallery, an art and arts supply store downtown. Burgess opened the shop with two friends after grad­uating from the College in 1973. In addition to art supplies, the shop also features studio space for resident artists and an exhibition room to showcase local artists and their work. For many students, the main attraction is the back room where Burgess regularly cares for numerous abandoned kittens. Over the years, students have made a tradition of visiting the store to play with kittens, which are frequently up for adoption.

How did the store get its start?

It started with two friends; we had been renting the back room as artist studios. All three of us were fiber artists, so we were mostly making tapestries, weavings, quilts and such. The front, which was a used book­store, became available for purchase, and we didn’t want to move! We signed a lease, and started selling our own artwork, started adding friends, and it has kind of grown or­ganically since then. It started with our own work, then other peoples’ work. Then we wanted exhibition space, so we added that, and we kept our artists’ workspace. We still have resident artists who rent the space and work here. A few years ago, when the Col­lege bookstore decided it wasn’t interested in selling art supplies, we kind of took over that role, so it grew and now we have lots of art supplies.

Can anyone use the studio space?

People rent the space, and there’s not a lot of turnover. They’ll rent them out and won’t give them up for years, so they’ve re­ally become resident artists.

How did the tradition of keeping kittens in the back of the store start?

I was fostering little bottle-baby kittens, pre-weaned kittens, in the back. I was hiding it because I thought it wasn’t appropriate for the store, but I had to put them in the back since they needed to be fed every couple of hours. I would sneak back and feed them. Then people started to hear them and see them, word spread, and the next thing I know, it’s totally out of control. I don’t have a storeroom, I have the cats area, where now Bonner students take care of the kittens. All these are foster kittens from the Community Action To Save Strays. It’s a trap, spay, neuter program that takes care of stray cats in town and neuters the adult cats so they don’t con­tinue to have kittens. But yeah, we’ve been doing this for at least 10 years.

Have you enjoyed having students come in so much to pet them? Some of them come in for study breaks, and I think a lot of people get a lot of enjoyment out of them.

I was a psychiatric social worker before, and in some ways I feel like the kittens are doing social work. I had no idea the symbi­otic relationship would develop between the students and the kittens. The kittens usually come from a feral community in town, so they need to be socialized. And then the stu­dents, they live in a kind of artificial world where there aren’t children, babies or fuzzy warm things. It’s been beneficial for the stu­dents as well.

What happens to the kittens after they grow up?

After they’re too large for me, there’s oth­er foster homes if they’re not adopted while they’re here. It continues to amaze me how many people adopt the kittens from here. It’s kind of become a brand. They’re not just so­cialized, they’re over-socialized. They’re so friendly, they expect people to want to play with them. These are often not aloof cats.

How many cats do you have right now? Is the number pretty consistent?

Right now we have four. It comes and goes; we usually have about 100 kittens per year. The survival rate of kittens born outside is only 20 to 25 percent, and our survival rate is more in the nineties. We’re kind of excited and proud that these kittens all survive and become socialized and then become pets. We go from zero in the middle of winter to a lot, like 20. People who have cats here, a lot of them let their cats roam freely. Often students will mistake them as stray cats and think they need help, when really they’re healthy, happy and just out for a walk.

I’m still wondering, how did you first decide to bring in and raise cats in the store?

Years ago, there was a cat killed on the road in front of my house. A couple days later, I heard crying and found a litter of kit­tens with their eyes still closed. I called all the agencies, and no one would take them. Then, with help from my vet, I raised them. By the time they were grown, when they were six weeks old and ready to go, the agencies started calling me and said, ‘Did you ever find anybody to take care of those kittens?’ So I developed that skill for raising orphan kittens.

Where are you from originally?

Mainly upstate New York, but I grew up traveling a lot, living in several countries as a young person. Before I even graduated from Oberlin, I fell in love with the town, and this town felt like home.

How has the town developed now that you’ve been here so long? Does it still feel like home?

It does. There have been a lot of changes, but it’s still a small town with a lot of prob­lems. It has all the problems that a big city has, but it’s more personalized, so it’s not as easy to objectify. That’s the joy of a small complex town. You can feel like you can try to make a difference here.

What are some of the differences in the College you’ve noticed since you gradu­ated? Could you live around town more or was there more connection between the College and town?

I’d say the Bonner Center is a huge thing. As a student, I got involved with the town and fell in love with it by doing volunteer work and community organizing. We were on our own, those of us trying to do that back then. Now the Bonner Center provides such institutional support to do that — it’s wonderful. To me, that’s the epitome of the spirit of Oberlin: the Bonner Center. You’re not just a student on a self-contained cam­pus, but you’re reaching out into the com­munity. There’s a huge economic divide in this town. No matter where you came from, the fact that you’re at Oberlin now means that you have access to a life a lot of the kids who grew up here will never have, and that makes some friction and tension. But the only way that changes is if people like the Bonner students get involved, if College students cross that line and get involved in the community — then they become people. Then they’re not objectified as “those rich kids.” They become human and individual people to the folks in the town, too.