The Oberlin Review • May 5, 2017 • https://oberlinreview.org/13697/sports/heptathletes-score-in-ncac-multi-event-championships/ 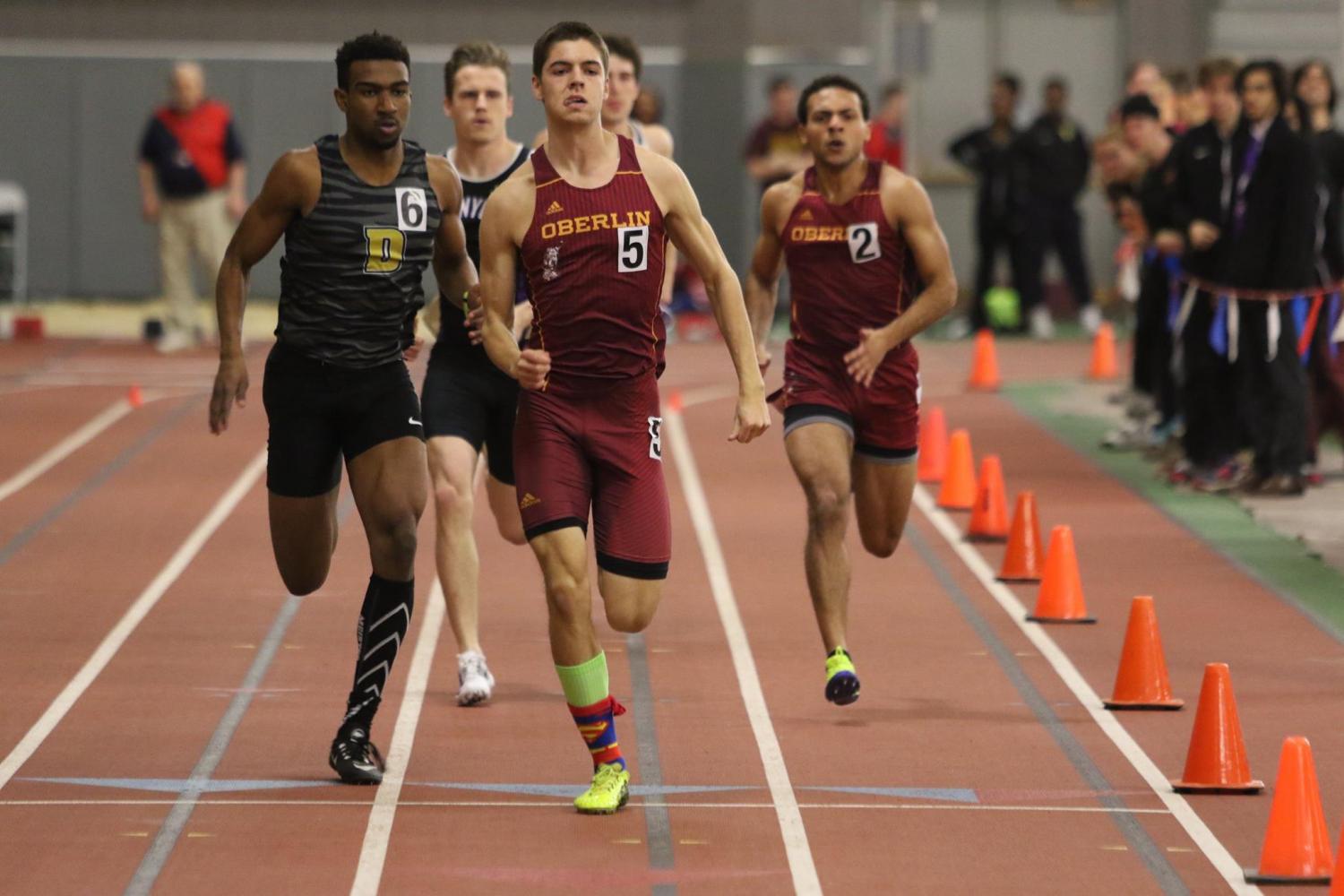 Scattered around the state this past weekend, portions of the track and field team competed in meets at Ashland University, Denison University and right here at home, where Oberlin hosted the North Coast Athletic Conference Multi-Event Championships.

In the multi-events, Oberlin was represented in the heptathlon by experienced junior Lisa Carle and first-time heptathletes, first-years Jasmine Keegan and Christine Impara. The trio fought through fatigue to deliver strong performances that earned the Yeowomen points toward their NCAC championship pursuit. The remaining NCAC Outdoor Championships events will be held today and tomorrow at DePauw University, where the defending NCAC Indoor Champion Yeowomen will look to repeat their success outdoors. Head Coach Ray Appenheimer said the performance by the trio of Oberlin heptathletes bodes well for this weekend’s meet.

“The multi-events are kind of our touchstone,” Appenheimer said. “They can be very telling of how we’re going to compete on Friday and Saturday of this week, at the conference meet. And [the heptathletes] were so tough and so resilient. … After two days and seven events, you’re tired. But to step up and be that aggressive, that assertive, that resilient, so resolute — it was great.”

The heptathlon, which requires athletes to compete in seven events over two days, is notoriously mentally and physically exhausting. It also demands versatility, as it combines hurdling, jumping, throwing, sprinting and middle distance events. The grueling contest closes with the 800-meters, where the Yeowomen were able to deliver one final push. Carle, Keegan and Impara all posted lifetime bests in that race. Impara finished second with a time of 2:30.90.

Bolstered by a second-place finish in the javelin throw, with a mark of 29.05 meters, Keegan personally finished fourth overall and contributed 3,537 points. Carle and Impara added 3,215 points and 3,008 points respectively.

After the conclusion of the Multi-Event Championship Sunday, the Yeowomen sit in third place in the conference ahead of this weekend’s competition.

Some athletes that will not compete this weekend closed out their seasons at an NCAC meet at Ashland University. At Ashland, athletes braved on-and-off thunderstorms to try one last time to qualify for conference or simply to run personal bests before they end their season or graduate.

Senior distance runner Alyssa Hemler made good use of her last hoorah, logging a personal best and breaking 19 minutes in the 5k. Appenheimer said Hemler’s performance showed impressive will power.

“She was determined,” Appenheimer said. “She said ‘I’m not graduating until I break 19 minutes.’ … No one would have faulted her for running a 19:05. But for her, it wasn’t good enough. To see things like that, it speaks so well not only of her, but of the team and the program.”

In the 400-meter dash, sophomore sprinter Ify Ezimora led the Yeowomen by finishing 15th with a time of 1:02.99. Ezimora expressed disappointment at being unable to crack a minute, but said she was fueled by the experience.

“Going into Ashland, my coach wanted me to run a 60 [second] for the 400 so that’s what I was aiming for,” she said. “However, post-thunderstorms and with the combination of groggy weather, poor running conditions, and having not run the week before, I was unfortunately unable to achieve this. It sucked, but it also showed me how much more I need to push myself.”

On the men’s side, senior Bradley Hamilton finished notched a 16th place finish in the 800-meters with a time of 2:01.36. Junior Owen Mittenthal also broke the top 20, finishing the 1,500-meter race in 4:14.25 just ahead of first-year David Brubacher.

Downstate in Granville, Ohio, the Oberlin pole vaulters competed in the Big Red Invitational at Denison University. Senior Ave Spencer regained the school record for pole vault and bested her previous mark by six inches. Spencer’s 11 feet, 5 3/4 inches mark ranks first in the conference and 40th in the nation. Appenheimer said he was proud of Spencer’s performance and expects big things from the defending pole vault indoor conference champion this weekend.

“Ave Spencer will be huge for us,” Appenheimer said. “She’s ranked No. 1 going into the conference meet this weekend. … She’s the greatest vaulter in [Oberlin] College history. No one’s ever vaulted higher. To see her go out hopefully at a really high level will be really great for us.”

Right behind Spencer was Oberlin’s own first-year Grace Finney. Finney recorded a mark of 10 feet, 11 3/4, several inches below her performance at the All-Ohio Championship on April 15, where she had bested Spencer’s previous school record by clearing 11 feet, 2 1/2.

Reflecting on the weekend, Spencer said she admired the dedication of her teammates.

“This team has worked so hard this year and we have competed really well,” Spencer said. “We are really hoping that we might earn the chance to win our first outdoor conference title.”

As the Yeowomen look to make history in Greencastle, IN, Appenheimer said his squad will maintain a consistent mindset and look to make the most of each day of competition.