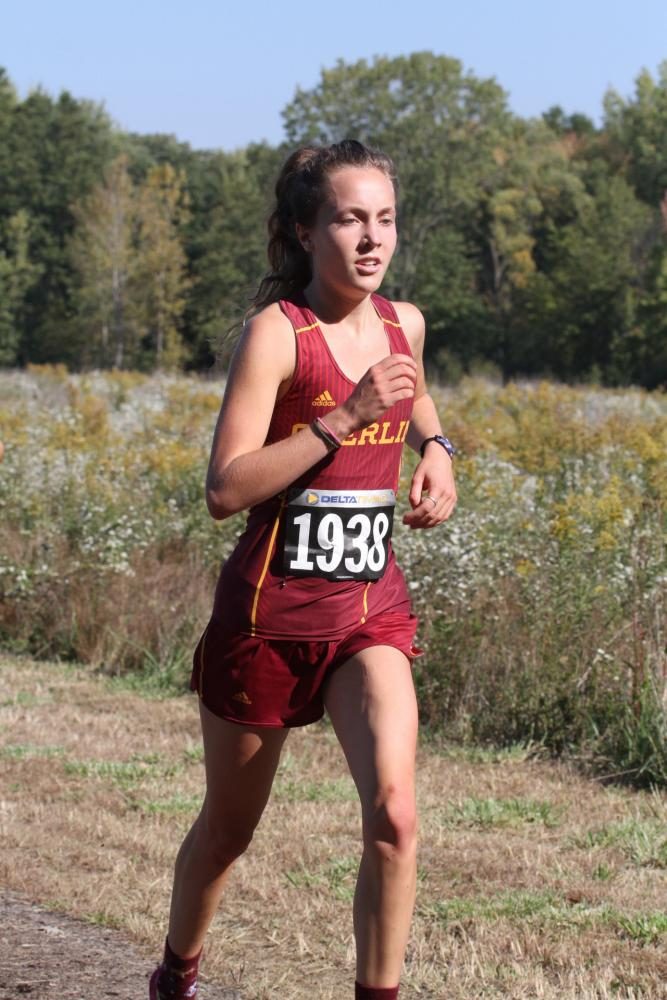 The men’s and women’s cross country teams competed in their second race of the season last Saturday at the annual Ohio Wesleyan University Invitational in Delaware, Ohio. Building off of their successes from the previous week’s competition at The College of Wooster Invitational, the Yeowomen and Yeomen claimed fourth and eleventh places, respectively. The Yeowomen, once ranked as high as 15th nationally, capped off the day with 89 total points, while the Yeomen finished off with 322 points to secure their spot.

“For a lot of them, these first meets of the season are just dusting off the rust from the summer,” said Head Coach Ray Appenheimer. “Many of them haven’t raced since May, so they’re just getting back in the groove.”

Perhaps the biggest highlight from the invitational was a major victory from junior Linnea Halsten, who finished the 6K in first place among 157 competitors with a time of 21:47.2. “Last week’s meet made me really excited for this season,” Halsten said. “Our team is strong, healthy, and really focused on winning.”

Halsten comes off a successful 2016 cross country season in which she qualified for the NCAA Division III Cross Country Championships, where she placed 53rd overall. “For the past few seasons, we’ve all really respected Linnea’s ability to be present and make the most of the moments that are given to her,” Appenheimer said. “She’s a wonderful person and great teammate, so naturally it’s easy for the team to cheer for her.”

Junior teammate Becca Chant added, “It was great to see Linnea run and win, because she always works so hard.”

The 6K also featured victories from Yeowomen of all ages. Finishing strong for the first-years was Corrie Purcell, who crossed the finish line at 23:14.3 to secure 22nd place. The sophomore class was championed by Oona Jung-Beeman in eighth place with a time of 22:55.7, as well as Marija Crook, whose time of 23:22.4 secured her 25th. Senior Sarah Urso capped off the race in the Yeowomen’s top five, finishing with a time of 23.32.9.

The Yeomen’s efforts were not as fruitful at the OWU Invitational, but successes still emerged from sophomore David Brubacher, who completed the 8K with a time of 27:10.00, and senior Owen Mittenthal, who followed behind with a time of 27:39.00. Brubacher finished 47th overall, while Mittenthal came in at 73rd.

“The women’s team is twice as big as the men’s team, and those numbers definitely show during races,” Appenheimer said. “But the men’s team is a strong team with a big heart, and they’re already looking at huge improvements from last season.”

Also finishing in the team’s top five in the 8K were first-years Garrett Robins and Archie Velazquez, who crossed the finish line with times of 28:00.4 and 28.42.2, respectively. Mittenthal reflected on the meet as a productive early learning experience for the team.

“We got a good look at most of our conference competition, giving us a better sense of how we stack up early in the season,” Mittenthal said. “The first-years showed a lot of impressive performances and the team overall had valuable experiences that we’ll hold with us as we continue with our season.”

The cross country teams face their next competition tomorrow, when the Yeomen and Yeowomen venture to the Otterbein University Invitational in Westerville, Ohio. Appenheimer anticipates much competition, but ultimately sees the teams emerging successful. “The team is focused and motivated and wants to improve every week,” Appenheimer said. “I think we can beat all of our conference competition that show up.”