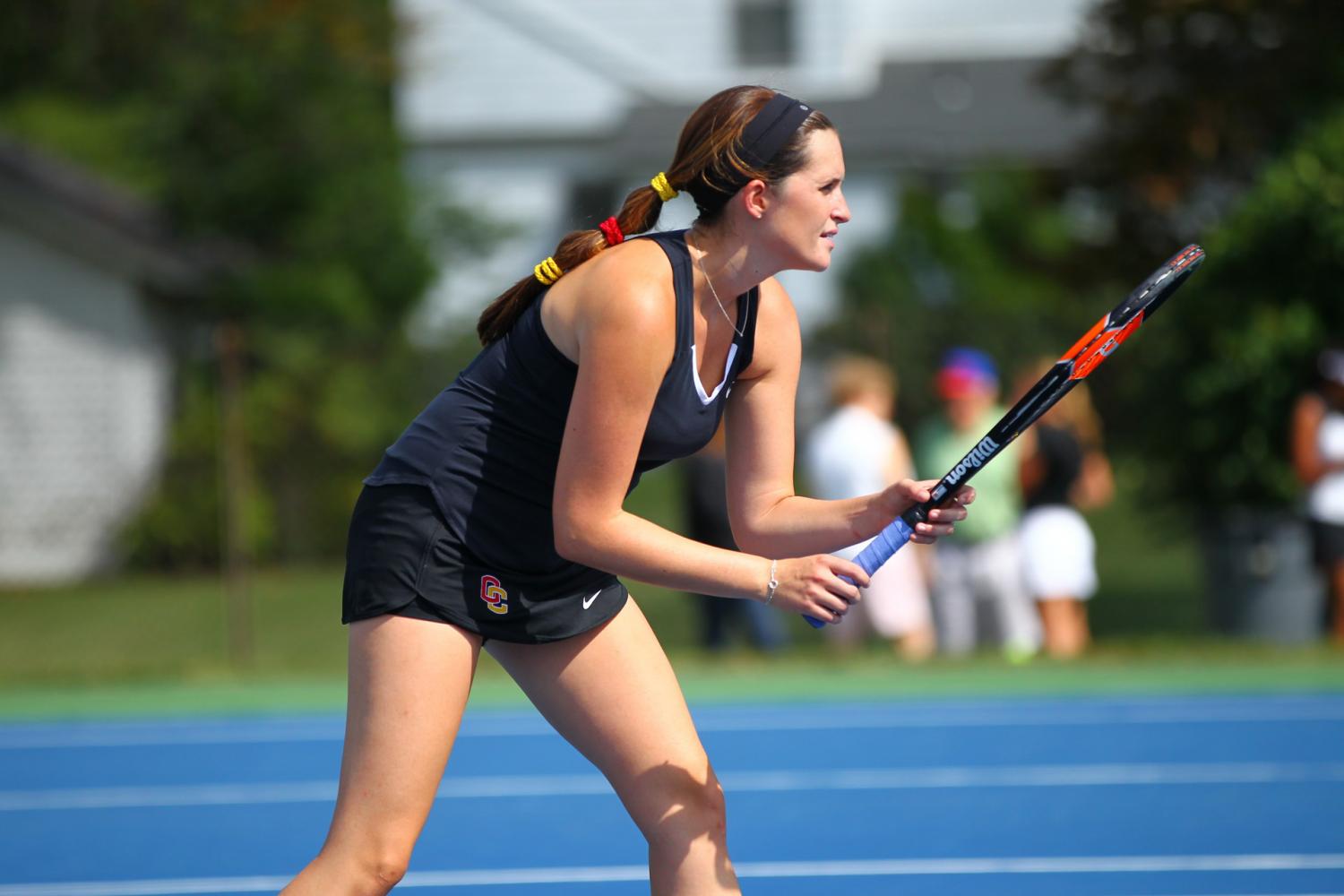 The women’s and men’s tennis teams both hit the road last weekend to start their respective seasons with fierce competition on both sides. The women competed at Division I Bowling Green State University in the Bowling Green Invitational, and the men squared off in Gambier, OH, at the Kenyon College Invitational. Both teams have a lot to look forward to this year, with the men’s team coming off a historic third-place finish in last year’s North Coast Athletic Conference championships and the women sporting Intercollegiate Tennis Association’s Central Region Player to Watch senior Sarah Hughes.

With two Division I programs in their tournament, the Yeowomen showed great poise across the board. Senior co-captains Jackie McDermott and Mayada Audeh, who finished the tournament at 2–2 in doubles play, were not afraid to compete at collegiate tennis’ highest level, despite coming from a small school.

“Those who aren’t fans of the sport don’t realize how strong Division III tennis is,” McDermott said. “The top D-III teams are often better than many D-I and D-II teams. Our team has beaten numerous D-II teams throughout my career, and I and other teammates have beaten D-I players. Because of these strong results and the level of play that we frequently see in our conference, we are never intimidated to face players from any other division.”

Head Coach Constantine Ananiadis, who enters his 10th season at the helm of the women’s team, has his sights set high this season.

“Our goal is always to win the conference championship,” Ananiadis said. “We’ve been so close the last several years, and I really think this year we have what it takes to achieve it.”

With 12 total wins after just one weekend of play, the Yeomen are off to a hotstart. First-year Matthew Porges and sophomore Zachary Vaughn both put up strong performances, winning their flights. Porges finished his first collegiate tournament 3–0, beating two Case Western opponents and one conference rival from Kenyon. Vaughn also finished the weekend 3–0.

The top flight was played by senior and 2016–2017 All-NCAC honoree Michael Drougas. Drougas finished the weekend 2–1 and took home a third-place finish in the flight. Fellow seniors Robert Gittings and Manickam Manickam were 2–1 in doubles, earning them a second-place finish in their flight. Manickam values chemistry above all else in his doubles matches.

“I think it’s really important to have good communication and energy to be a strong doubles team,” Manickam said. “Being able to know who gets what ball and when really makes it easy to focus on the little things that can help you figure out a match.”

The men’s tennis program, which has been getting stronger for the last few years, begins this year with big expectations. Last season, four Yeomen earned All-NCAC honors and Head Coach Eric Ishida was named NCAC Coach of the Year. Despite all of the recent success, Manickam wants to use last year as another building block instead of a benchmark.

“I think as a team we expect to improve and finish higher than third this year,” Manickam said. “I’d like for us to be able to take out teams like Kenyon and Depauw that have typically been at the top of the conference standings for a while.”

The men’s team will be playing again tomorrow and Sunday, as they host the Oberlin Invitational. The following weekend, the women’s team will host the ITA Central Regionals in hopes of continuing their early success.