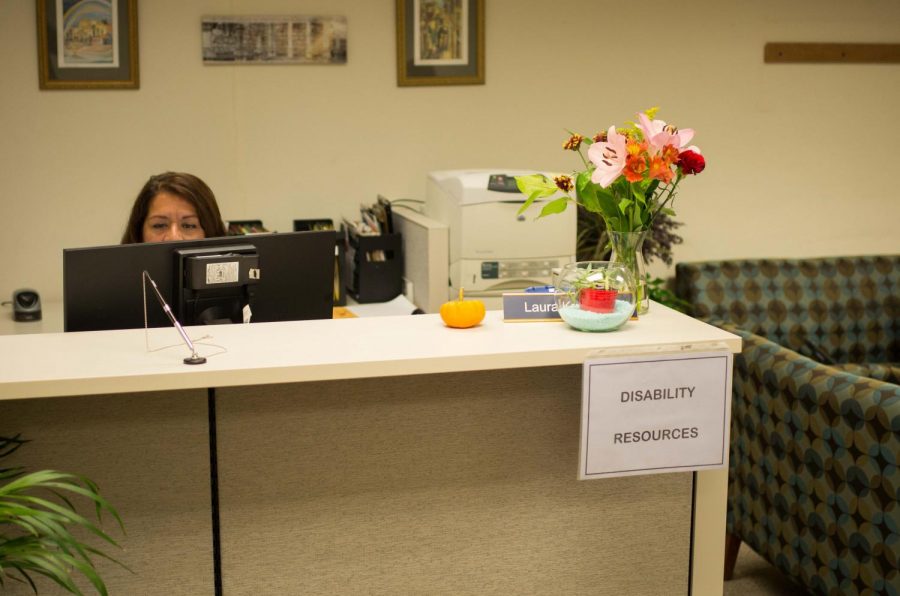 The Office of Disability Resources is under duress after the abrupt departure of its interim director Isabella Moreno, OC ’94, Monday. Her resignation leaves the office with no permanent full-time personnel and has sparked outrage among students and community members concerned for the future of the ODR. A search for a new director was announced in the wake of the controversy.

Moreno had been serving as the interim director since January 2017 and was scheduled to resign Oct. 31.

The crisis was made even more volatile after an email written by Vice President and Dean of Students Meredith Raimondo began circulating on social media. The email, addressed to ODR staff, asked its recipients to “please stop immediately any communication with current student[s] and families about staffing shortages.”

The office now has two temporary staff members — Laura Slocum, OC ’98, and Maria Zoraida Maclay, OC ’17 — who are being assisted by Associate Dean Matthew Hayden and Assistant Deans Anna Brandt, Monique Burgdorf, Chris Donaldson, and Brook Escobedo until a permanent hire can be brought on.

Moreno says her early departure is the result of a severe staffing shortage that created an insurmountable workload.

“I left because I realized that there was no intention to hire a permanent full-time staff,” Moreno said. “This week alone, there are 87 appointments on our calendars. Every semester [Raimondo] has been in her role, one person from ODR has left. And she has not replaced a single person. Now, we are all gone.”

“She found herself handling a caseload previously shared by three full-time staff independently,” wrote Espinal. “[ODR serves] 23 percent of Oberlin’s student body. … Each of these students come in and out of the office for regular, intake, and follow-up appointments. My mother had more on her plate than any one person could handle. She does not quit easily and worked day in [and] day out, believing … something had to change.”

At the start of the semester, Moreno was the only full-time staff member serving the over 700 students who use the ODR. On Sept. 11, Slocum and Maclay joined the office as temporary staffers.

The first loss was due to the Voluntary Separation Incentive Plan, which was implemented in April 2016. Jane Boomer, the former director of what was then the Office of Disability Services, accepted the buyout and retired in December 2016. This left the office with two full-time employees: Moreno, who became the interim director, and former Assistant Director Joe Young.

In May 2017, Young announced his resignation, which took effect in June. This left Moreno as the only full-time staffer in the ODR, and contributed to her eventual departure.

Originally, the Division of Student Life was planning to launch the search process to find a new director in mid-October, but the recent departure has sped up the timeline, leading to the creation of a search committee chaired by Assistant Dean Toni Myers.

Moreno sees the state of the office as a fundamental failing by the administration.

“Meredith has dismantled disability services one person at a time,” Moreno said. “She clearly doesn’t get it, and therefore does not know how to manage, nurture, and grow this non-negotiable and essential part of our institution’s services and community.”

Though the vacated positions were never filled, Raimondo said the departmental reconstruction that occurred when the College eliminated the Dean of Studies office was meant to ease the workload for ODR staffers.

“By creating the Center for Student Success, the idea was to bring a couple of different offices together — disability resources, student academic success programs, and health promotion — and have those colleagues working in collaboration,” Raimondo said. “There are importantly overlapping pieces of work already among those offices, and by bringing those offices together in a singular group, while preserving forms of distinct expertise, staff members may be cross-trained. This shift allows the center to increase capacity and thus to be able to better meet the needs of the students.”

Due to the staffing shortages, the ODR has been critically behind all semester, struggling to keep up with appointments and failing to meet many student accommodation needs — including not assigning note-takers to courses, failing to distribute text-book enlargements or audio conversions, and at points, not communicating with students.

President Carmen Ambar characterizes the efforts of the CSS as a way of compensating for those shortcomings.

For some students, this attempt at consolidation was an inadequate measure in meeting students’ accessibility needs.

“Again and again, the health and well-being of non-disabled people are prioritized over the health and well-being of disabled people, which is clear from Raimondo’s email, where she references these people who don’t even provide resources for actual disabled people,” said Alison Cameron, College senior and All-OSCA accessibility committee coordinator. “When you implicitly leave disability out of organizations like that, it’s ableism. What is the point of providing any sort of services if you’re not going to center the people who the services are for?”

As students prepare for midterms, deficiencies in the ODR are presenting added challenges during an already difficult time.

“Right now, students are not getting their accessibility needs met,” said College senior Kate Hall, who used to work in the ODR. “They weren’t before, but they especially are not now. I am disabled, and I am affected by this. I still have not gotten my accommodations and access needs met so far this semester, and that’s, of course, due to disability resources being incredibly understaffed, and these two new people having to work their asses off for the entire population of students who need disability resources.”

The new model of cross-departmental supportive roles is the result of a series of austerity measures taken over the summer to reduce the operating budget in the Division of Student Life by five percent. For most departments, this had minimal effect, and was focused on efficiency issues and minor budgetary lines.

Student Senate sent out an email voicing concern about the situation in the ODR.

“We believe that supporting students with disabilities is integral to facilitating a learning environment in which all Obies can thrive. … We are aware of how Oberlin has failed to support this population, our peers, and friends.”

Ever since students found out about the changes, there have been numerous Facebook posts circulating on Oberlin Community pages describing the deterioration of the ODR. The posts encourage students to contact Ambar, Raimondo, and Hayden with any comments or concerns about the state of disability services on campus