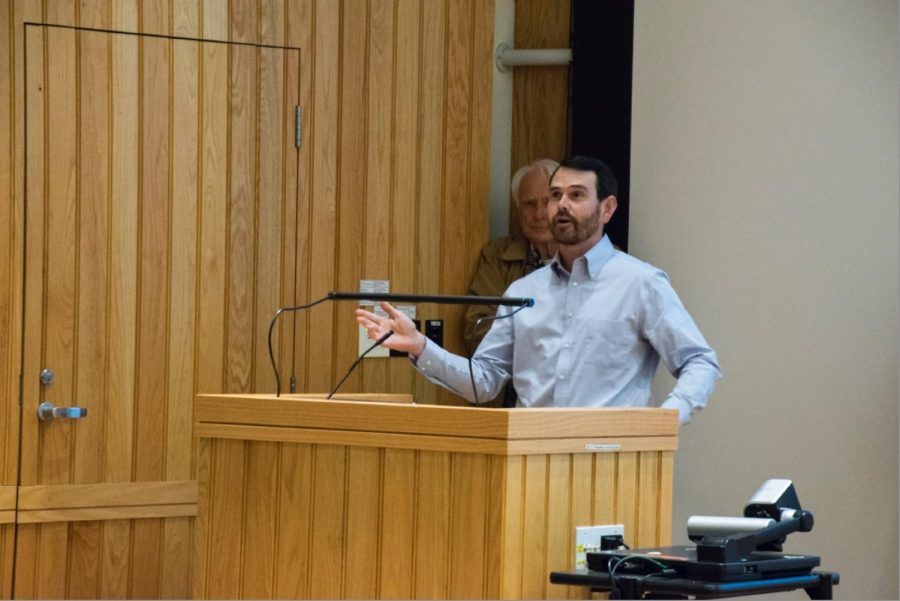 City Councilmember Bryan Burgess discusses council’s plans to address climate change and improve sustainability after the screening of An Inconvenient Sequel: Truth to Power, the sequel to Al Gore’s An Inconvenient Truth. The film screening was followed by a live webcast question and answer session with Al Gore that was broadcast to 112 colleges and universities nationwide on Thursday. One of the questions chosen was from Oberlin regarding environmental justice.