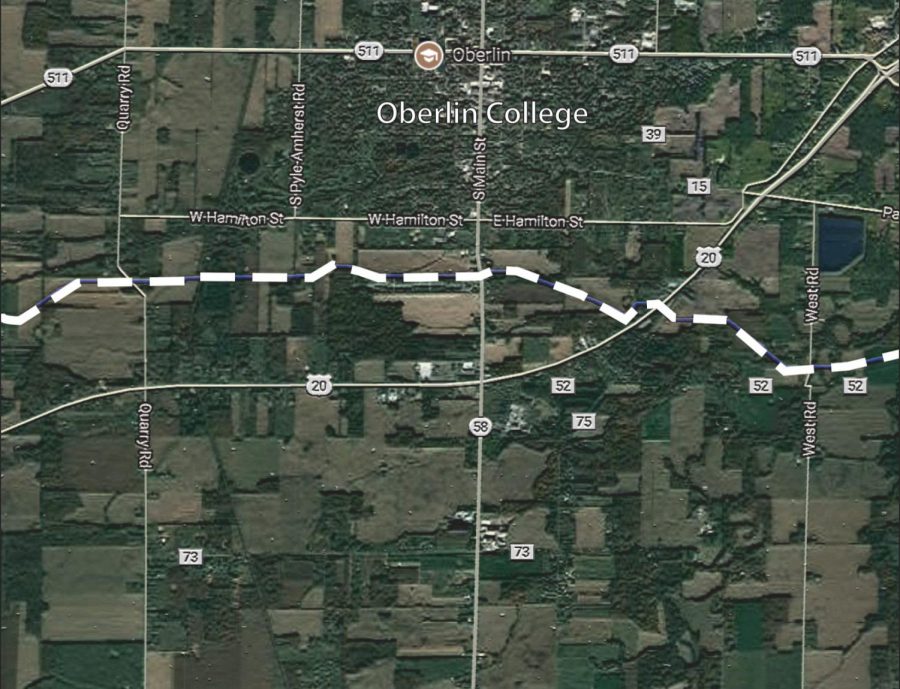 The NEXUS pipeline, which was recently approved for construction by the Federal Energy Regulatory Commission, will be running through the southernmost part of Oberlin.

City Council held an emergency meeting Saturday, deciding to reject a $3,500 offer from NEXUS for means of access. The offer would have given NEXUS the legal right to use city property without owning it, granting the company the ability to begin building its pipeline.

The Oberlin Community Bill of Rights, which was created in 2013, prohibits the creation of infrastructure relating to fracking in the city. City Councilmember Bryan Burgess added that the city also does not have authorization to allow oil or gas infrastructure in Oberlin.

City council also agreed to authorize the City Manager Rob Hillard to negotiate with NEXUS for an easement on the condition that the pipeline would be rerouted so that it would be farther away from Oberlin homes, businesses, and the local fire station. The current pipeline route runs just north of the homes on Reserve Avenue near the edge of the city, close to New Russia Township.

John Elder, vice president of Oberlin’s Citizens for Safe and Sustainable Energy, said that this placement would leave the fire station, businesses, and residences in the “blast zone” in the event of a disaster.

“[Federal Energy Regulatory Commission] assumes the pipeline will be safe,” Elder said. “It doesn’t test whether it will be safe.”

According to Elder, other concerns include the possible negative environmental impact of the pipeline. It will move through wetlands and have four compression stations, which would contribute to air pollution. He said another concern is the pipeline’s economic viability. The natural gas the pipeline produces will not have a significant customer base in Ohio, and, therefore, won’t serve Ohians, he added. Embridge, a Canadian energy company, owns the pipeline. One of the biggest customers will be Dawn, which is a storage hub in Canada.

The pipeline, which will run from Ohio into Canada, has been met with resistance and legal battles from some of the towns it will run through. In other towns, court cases have been filed to delay pipeline construction. Oberlin has retained Carolyn Elefant, an eminent domain lawyer based out of Washington, D.C., to represent it. She has been working for the city for over a year and coordinated with some of the communities the pipeline will affect.

A federal judge will make a decision regarding the NEXUS pipeline this Thursday with a host of property holders who haven’t granted permission for it to be moved.

“NEXUS has filed a case under imminent domain,” Burgess said. “It’s interesting because the concept of imminent domain is taking private property for public purpose. In this case, NEXUS wants to take public property and use it for private purpose.”