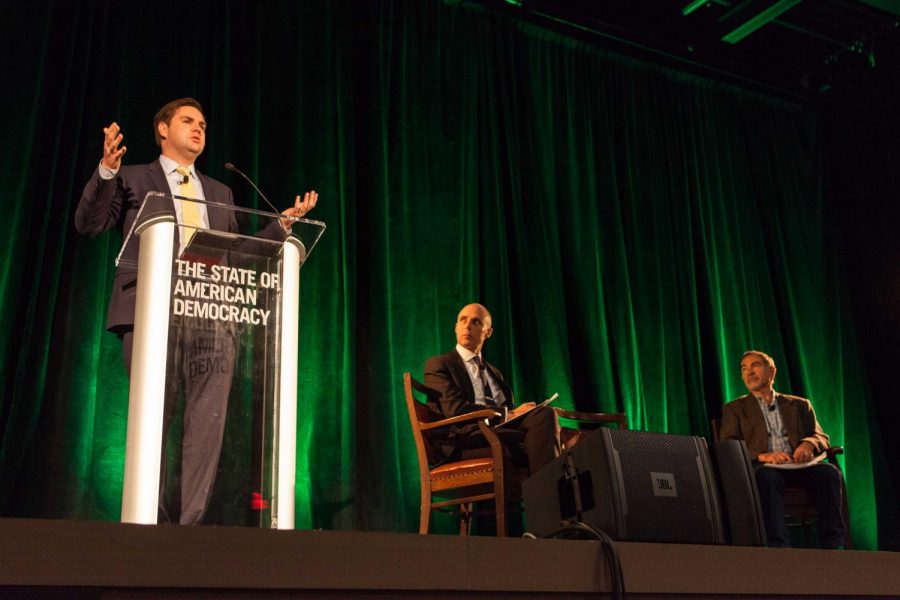 J.D. Vance, author of The New York Times bestselling Hillbilly Elegy: A Memoir of a Family and Culture in Crisis, spoke at the Apollo Theatre this morning. Hillbilly Elegy offers a perspective of America’s white working class, tracking the generational migration of a family from the hills of Kentucky to a rural town in Ohio. Vance was a participant of the American Democracy Conference, which launched Wednesday at The Hotel at Oberlin. The conference will culminate this evening with a convocation event in Finney Chapel by Terry Tempest Williams, author, environmentalist, and activist. Vance will give a talk called “Democracy in the Red Zone,” focusing on the “red-blue divide” in Ohio. He is a regular contributor for CNN and has appeared on ABC, CBS, and Fox News, where he discusses politics, public policy, and class divisions within political discourse. At the conference, he also engaged in a moderated discussion with Anthony Flaccavento, the president of SCALE Inc., a sustainability and rural development company.