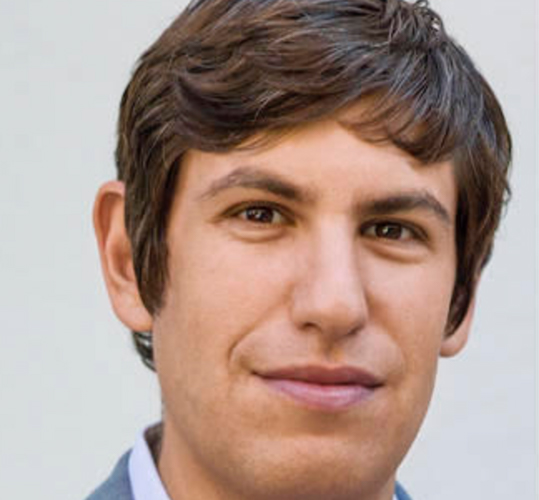 Photo courtesy of The Nation

Voting rights and access can be deemed as a niche arena in American political science. How and when did your interest spark in this area?

I started paying attention to it after the 2010 election, when some of these states started passing new laws to make it harder to vote, including a lot of important swing states, and I was kind of doing general political reporting, and I thought I would just write one story about this. I wrote my first story for Rolling Stone, then I was at The Nation, and I thought I would just go back to doing general political reporting. But I got really interested in the issue, and I realized that not a lot of people were covering it, and I thought it was really important, and so I decided just to start covering it full-time, because it seemed like there was enough for a full-time beat. And we are entering an era of increasing specialization in journalism, and so if you know a lot about something and you care a lot about something, then there’s advantages to covering it.

Did the gutting of the Voting Rights Act by the Supreme Court have a significant impact on the election, and if so, what would you say that was?

I do think it had significant impact on the election because states had new restrictions in effect for the first time because of it. And I don’t think it was the sole factor — I think there were states that weren’t covered by that part of the Voting Rights Act, like Ohio and like Wisconsin that had new restrictions in effect — it wasn’t just that decision, but I think that decision kind of symbolized the attack on voting rights. And I think one of the things that’s really problematic is, though in the past when there were bad laws… The courts used to be a place that you could get a fair hearing on voting rights, and that’s becoming increasingly difficult.

Do you think the general public is aware of the broad changes in voting rights access that have happened since 2013?

No, because it’s not getting covered and most people are not election junkies and, though they might have heard one thing about it at one point in time, they’re not [knowledgable] in-depth about it, and what some of the research is showing is that even people who have the right ID don’t think they have the right ID. It’s a huge problem.

How do you get more people to pay attention to this?

I think we just need to cover it more and then make it interesting. I think you need to tell personal stories. That’s what I’ve tried to do. I think that people have a hard time relating to random, difficult, abstract parts of the law. I think someone can relate a lot more to someone who didn’t have a birth certificate and couldn’t vote, or someone who went to her polling place and it was no longer there, someone who showed up to vote and had been purged from the voter [registration]. Any time you can try to tell people stories and then say, “It could be you.” There was something I read a while ago in The Huffington Post where someone talked about Texas’ voter ID law, and there was a woman whose grandmother couldn’t vote because she didn’t have the right ID, and the woman said, you know, “I would never have thought there was anything wrong with this law until it happened to me.” And so I think you have to tell it in a persuasive way to get people to care.

How can journalists spread truth about the state of voting rights when it has been strategically branded as a partisan issue?

I think that you try to cover it as not a partisan issue. I mean, try to talk about it more in terms of fundamental rights and basic notions of justice and fairness. We’re a democracy, and in a democracy one of the most basic rights would be the right to vote. It’s very concerning to me that this is a partisan issue, because I don’t think it should be.

A lot of the rhetoric around voting rights seems to be structured around racism and xenophobia. Can you speak to that?

The whole push to restrict voting is rooted in racism. That’s what it’s always been. I mean, the fact that people were disenfranchised from the very beginning in this country was entirely a function of race, and in some cases of class, because you had to be a white man who owned property. So, women were excluded, white men who didn’t own property were excluded, and of course African Americans, Latinos, Asian Americans, everyone else was excluded. So, I think the history of this country is one of race and power. I think that’s certainly true with voting. The whole reason why we had voter suppression in this country was to preserve white supremacy, and I think that remains the case today, I just think that people don’t want to talk about it. They don’t want to talk about things like voter fraud because they don’t want to mount a defense of white supremacy.