In The Locker Room with Sandra Kibble, SAAC Co-Chair 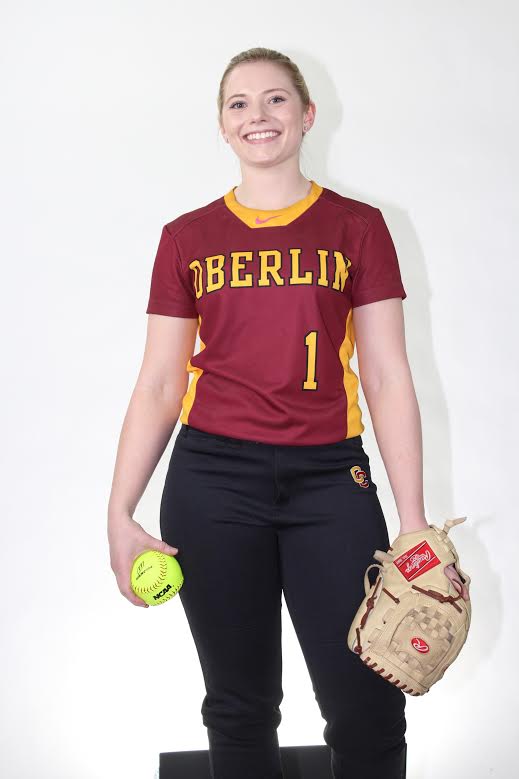 College senior Sandra Kibble is the co-chair of SAAC and co-captain of the varsity softball team.

What is SAAC? What do you do as co-chair?

SAAC is the Student Athlete Advisory Committee, and it basically works as a liaison between the varsity sports teams on campus and the athletic administration. As co-chair, I lead meetings, help plan different events that we have on campus, delegate a lot of the work to the different officers, have to be on a conference call once a month with the full SAAC conference — which includes the SAAC from each school in the NCAC — and just make sure that I’m at almost every event.

We focus a lot on service and were just awarded the National Association of Division III Athletic Administrators Community Service Award, which is a pretty big deal. In the realm of that, a lot of our events focus around community service. We’ve done Helping Hands for 12 years, Track-or-Treat for four, Teddy Bear Toss for four, Buddy-Up Tennis for three, and Play like a Girl Day for three.

How does SAAC enhance the athletic experience?

We make sure we schedule “hype games” for every team, which are planned events by our PR and communications officers, and include some sort of giveaway before a big game — sometimes food or a shirt — that will attract a bigger audience. A lot of athletes say having a lot of people in the stands enhances their athletic experience. We also bring speakers to campus. We’re bringing in Rachel McKinnon, a transgender cyclist and professor at the College of Charleston, on March 4. All of the athletes are set to attend, but it’s open to anyone, which will also help close the athlete/non-athlete divide.

How else does SAAC attempt to close the athlete/non-athlete divide?

We try to have a lot of our events on central campus now. We handed out our One Love shirts in Wilder in December. A lot of people wanted the shirts but didn’t make it out to the homecoming football game, so we wanted to make sure they could get them. We’re also looking to get more involved in social justice. Co-chair James Tanford is one of the spearheaders for DIII athletics conversation. We’re really just looking to spark more conversation about things that might not always be talked about in athletics.

This year the NCAC SAAC has a mental health initiative. What’s that all about?

[College junior] Sarah Feinberg is abroad right now, but while she was president of the full conference SAAC, she wanted to bring in an initiative that would be one common goal between all of the schools. I’m not exactly sure what we’re doing for this, but we’ve considered selling orange shoelaces, since orange is the color for mental health, and maybe bringing in a speaker. We might tie in Rachel McKinnon with this initiative, since a lot of transgender people deal with mental health struggles.

What are you most proud of having accomplished as a member of SAAC? Why do you recommend other athletes join?

I joined SAAC my freshman year, and that’s when we started doing hype games. Molly Powers and Tristam Osgood started them, and I was really involved in that. There’s now a subcommittee in itself for it, which is pretty cool. I’m also pretty impressed with what SAAC does now to try to close the gap between athletes and non-athletes. [James and I] talked to [President Carman Twillie] Ambar about what we can do to incorporate more social justice. We’re just a lot more organized and doing the things we say we’re going to do.