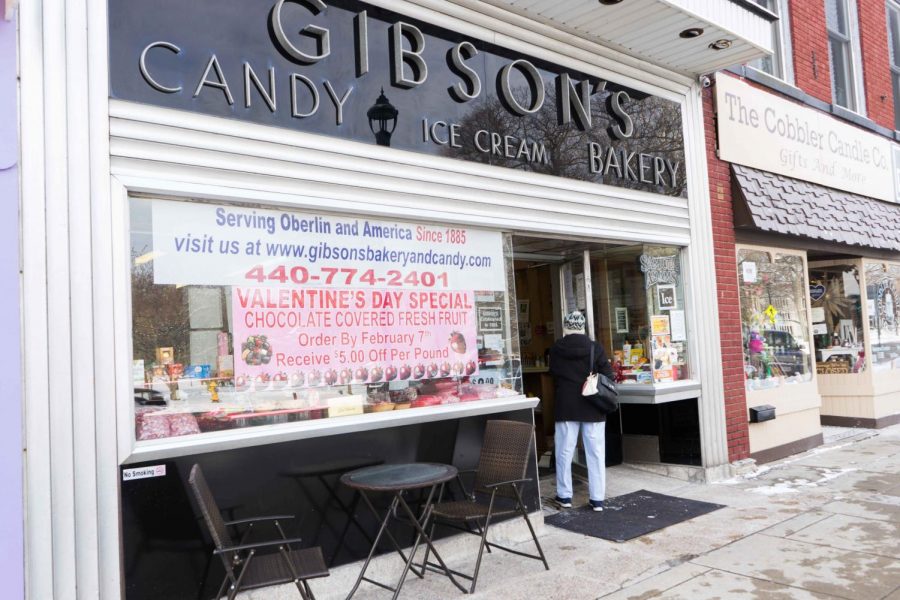 Gibson’s Bakery is currently engaged in a contentious lawsuit with both the College and Dean of Students Meredith Raimondo.

The College and Dean of Students Meredith Raimondo responded to a November lawsuit brought by Gibson’s Bakery. In December, the College attempted to file a partial motion to dismiss some of the charges lodged, but were ultimately denied in court.

The lawsuit emerged from a conflict between Gibson’s Bakery owners Allyn and David Gibson and three students in November 2016, after then-College sophomore Elijah Aladin was accused of shoplifting a bottle of wine from the bakery. This accusation resulted in a physical altercation between Allyn, Aladin, and two of Aladin’s classmates, College juniors Cecilia Whettstone and Endia Lawrence.

Following the altercation, members of the Oberlin Police Department arrived and arrested the three students, who are Black. The altercation triggered a series of protests and boycotts and caused business between the College and Gibson’s to temporarily cease, as many students and community members said the altercation was racially motivated, claiming Gibson’s had racially profiled Aladin inside the store.

According to the College’s motion to dismiss filed Dec. 6 and the three students’ version of events, Aladin went to Gibson’s to purchase wine with a fake ID, which was found on his person at the time of arrest.

This narrative varies from the Gibsons’ version of events, as stated in the Nov. 7 complaint which insists that the students “violently assaulted” Allyn Gibson during a robbery, resulting in “severe and permanent economic damage as well as substantial distress.”

The students pled guilty to misdemeanor charges of attempted theft and aggravated trespassing in the Lorain County Common Pleas Court last August. In exchange for the plea deal, the students paid a small restitution and absolved the Gibsons of any claims of racism.

Almost one year after the incident, Gibson’s filed a lengthy complaint against the College and Raimondo, bringing a total of eight counts against the defendants, including libel, tortious interference with a business relationship, trespassing, and engaging in deceptive trade practices, among others.

In the College’s motion for dismissal, the College’s attorneys assert that the Gibsons are pursuing unfounded legal action for monetary gain.

“Oberlin College and Dr. Meredith Raimondo … sole [sic] concern at all times has been for the safety and well-being of its students and the community,” the motion states. “By commencing this legal action … [Gibson’s] seek to personally profit from a polarizing event that negatively impacted Oberlin College, its students, and the Oberlin community.”

The motion also challenges claims of innocence made in the Gibson’s initial complaint.

“The complaint contains a smorgasbord of allegations all designed to falsely portray [Gibson’s] as innocent victims,” the motion states. “… In reality, it was an employee of Gibson’s Bakery … Allyn D. Gibson, who left the safety of his business to violently physically assault an unarmed student.”

In response to the College’s partial motion to dismiss, Gibson’s filed a response in opposition, claiming that the plaintiffs were “[doubling] down on their victim-shaming.”

The response also references the three students’ guilty plea, stating that there should be no controversy over the events on Nov. 11, 2016 events, as the students pled guilty.

“Following the arrests of those students, an orchestrated defamation campaign was waged against [Gibson’s Bakery], which damaged the Plaintiff’s reputation and financially devastated their business,” the response reads. “While the three students accepted their responsibility for the attempted theft, Oberlin College and Dean Raimondo refuse to accept responsibility for their tortious conduct.”