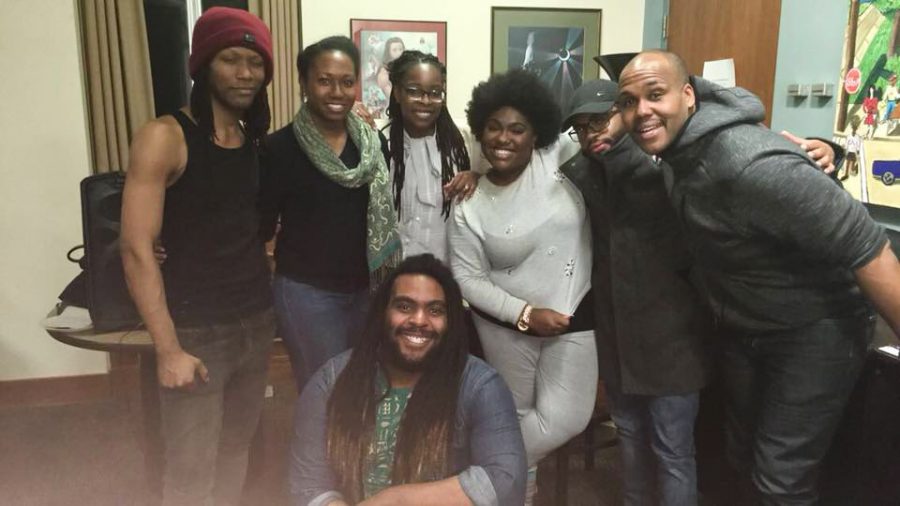 “A talent show with much more soul.” So described by College sophomore and organizer DaQuan Williams, Soul Sessions is an ABUSUA, Oberlin’s Black Student Union, initiative held in the Lord Lounge of Afrikan Heritage House on select Friday nights. These sessions are a significant part of A-House’s cultural tradition and involve a night of showcasing talent — Black talent in particular. It is a time for the Africana community to gather and celebrate their culture through any medium of their choosing, including music, poetry, and dance, in an intimate, informal setting.

“It’s called Soul Session because usually that creative expression is seen as soulful,” said Khalid Taylor, OC ’17, program coordinator at the Multicultural Resource Center. “There are traditions where if you think someone is really displaying soul, then you throw your shoes because the bottom of the shoe is called the sole.”

Last Friday was a particularly special Soul Session, hosted by several Black alumni of Oberlin College who are now professional artists in New York City. Tamara Jade, OC ’12, emceed the event and demonstrated her extraordinary musical talents throughout the night alongside several other musicians, thus earning the name for this special edition of Soul Sessions: “All-Star: The Alumni Edition.”

“Having outside energy was a lot better,” College sophomore Darian Gray said. “A lot of people who are up there and host do it every time, and so having someone new come in and give it a new breath of life was really great.”

Not only did the alumni showcase their proficiency with their piano and percussion performances, but they also provided Black students in the arts with advice, encouragement, and inspiration about pursuing their dreams despite hardships.

“[The alumni] were really amazed at how talented everyone was and at the same time didn’t expect anything less,” Taylor said. “[They] wanted to reassure us that we are on our way to becoming who we want to be and to know that we have them as a support. [It] was really nice to see people who had been in similar situations, had also doubted themselves or weren’t certain about what the next steps were, [who have now] found their way and are doing really well.”

All performances were highly interactive and engaged the audience. Practices such as call-and-response, shoe throwing, and particular hand movements broke down the barriers between performer and audience member, while creating a safe environment for POCs at Oberlin.

“I had never gone to a predominantly white school before I came here,” said College senior and Musical Studies major Andre Cardine. “Oftentimes POCs on campus have to blend in with white students on campus and with the culture. At Soul Sessions specifically, you don’t have to blend in. You can be yourself, and there are other Black people who have relatable or the same experiences that you do.”

Many of the performances were reminiscent of Black church culture, and featured songs related to the Christian faith.

“It’s not necessarily about the words, or who exactly is being prayed to,” Taylor said. “[It’s about] the intention, energy, community … and comfort that it can bring in moments of difficulty, struggle, doubt, and lack of clarity.”

Some performers identified with other faiths, or even mentioned that they didn’t really believe in God, yet felt connected to — and loved singing — gospel music.

“[Within] the whole Africana community, music has meant something different to us than it has to other cultures,” Gray said. “Music is therapeutic for some people, and is just an outlet for releasing feelings, whether that’s anger, sadness, happiness, it’s just a way to express how you’re feeling, and I think it’s beautiful.”

This Soul Session kicked off Black History Month, which has been themed this year as Sankofa, meaning “Go back and get it.”

“The concept of going back and getting is a matter of understanding what has come before, how that informs the present and also, in some ways, sets the precedent for the future,” Taylor explained.

Black History Month is an opportunity for members of the Black community to use their culture as a means of self-declaration, and a way to own personal stories which are often ignored, unvoiced, or unappreciated in predominantly white spaces.

All people are welcome and encouraged to attend Soul Sessions, and anyone can sign up to perform impromptu. However, as Soul Sessions are a safe space for Black students, many performances are emotional and release some of the frustration experienced by POCs due to the circumstances they’ve endured in the U.S., globally, and across generations.

“The few spaces that Black folks do have are seen as sacred, and so if you come into this space, it is a matter of humbling of yourself, recognizing that this is out of your comfort zone, and that’s OK,” Taylor said. “Recognize that you should listen and participate wisely, but also leave space for Black people to exist as they do.”

Soul Sessions provide POCs an opportunity to express themselves without fear of judgement, and to be heard uncensored and free of societal constraints.

“Whatever happens happens,” Gray said. “Wherever the energy is flowing, wherever it’s going, it just goes that way. There’s no stopping it, there’s no time limits … Everything just [goes] organically.”