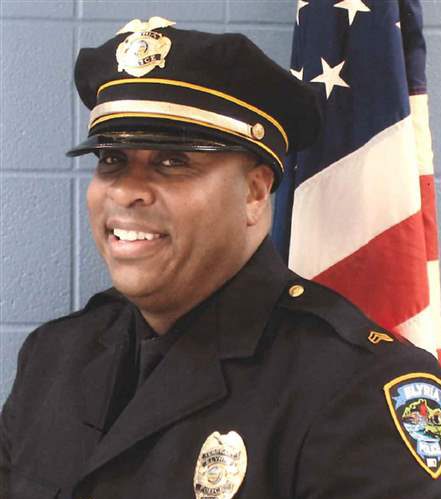 Chief Clarence “Ryan” Warfield is the recently appointed city of Oberlin Chief of Police. A native of northeast Ohio, Warfield, a former sergeant from the city of Elyria, brings an impressive skill set to the position including specialties in interrogation, voice analysis, body language study, youth violence training, and death scene investigative skills. He also served as a police academy instructor in the martial art of Krav Maga and worked with the Lorain County Drug Task Force. Although his hiring was not without controversy, the new chief expressed optimism in the progress of his new role.

How do you feel you are adjusting after being the Oberlin police chief for a few months?

I don’t know if there’s any difference — police work is police work is police work. But I do have different philosophies: more community-oriented, more transparent to the public, more hands-on as a chief. I’ve said it a thousand times — I want to get everyone in the department to treat others how they want to be treated. Treat people how you want your mom or dad to be treated. If I can do that, I’ve done what I set out to do. I also want to do some upgrades for the guys, get them new equipment and some new training.

So what are your biggest priorities and challenges as the new police chief?

One challenge is always the budget, making sure we are keeping on a budget. Priorities are giving the guys schools, different schools, and showing the public who I am.

After the Gibson’s incident, what are your feelings on the movement to end police brutality and racial profiling?

That’s a great question. I have three young African-American sons that are all in college. If they have been in a traffic stop, it’s not always been positive. It’s a difficult question. I think any policeman that has signed up to help people wants to see an end to racial profiling and an end to police brutality. However, as a policeman, there are things we do that the average citizen doesn’t understand. My wife and my kids are pro-police, but there are some things that I can’t explain to them as to what we do and why we do what we do, just because of the profession. Getting back to what I said earlier, I would like to see us all treat one another as you would like to be treated. We have a profession where we are supposed to protect people and keep our citizens safe, and I believe that.

We are coming along with efficiency. My relationship with the College is in progress, and we are building. I go to church in Oberlin, and there are Oberlin students who go to my church, so I am familiar with those guys. As we go on, I would like to be more involved in orientation. I’ve met the Safety and Security Director. There are no schisms or anything like that; we’ve met twice. He’s a former Cincinnati policeman, he was at Ohio University and Wright State, and he’s a good guy. He, like me, came from a larger department and coming, to Oberlin has been a change. We are able to get along.

What are three things you would like the Oberlin student body to know about you?

One, I’ve been a college student myself, and I know that we are not always perfect, and that we make mistakes. Two, I have three sons who are all in college. I respect the time in your life that you are in right now; you are in a point in your life where you can do anything you want to do. And three, I am the chief law enforcement officer in this city and I would like to get to know the students better. Just because of what’s happening nationally doesn’t mean that all of us are that way, and all I’m asking for is a fair shot in getting to know me.

There was some controversy over your hiring; three of your sergeants wrote a letter saying they didn’t think you were the right choice. But they were kept on the force nonetheless. Can you break down your insight over that controversy and why you felt these sergeant’s comments were not worth firing?

When you search for a job, and you covet a job like this, you are always going to come over some hard feelings. My job as the chief in the building is to look above that. I need to be more mature than what took place. I can’t blame those guys because they had hurt feelings. Would they do it again? I don’t think so, if they would I think that would be an issue. But you get some hurt feelings when you are in competition for a job so I get it. I hate to use a cliché, but when people take the low road, you have to take the high road. Being a senior officer in this building, I had to take the high road, and our relationship is getting better.

So you don’t feel that there is any existing tension between the officers in the department?

Realistically, there may be, but no one has shown that to me. It appears everyone has let bygones be bygones and has shown some true professionalism.