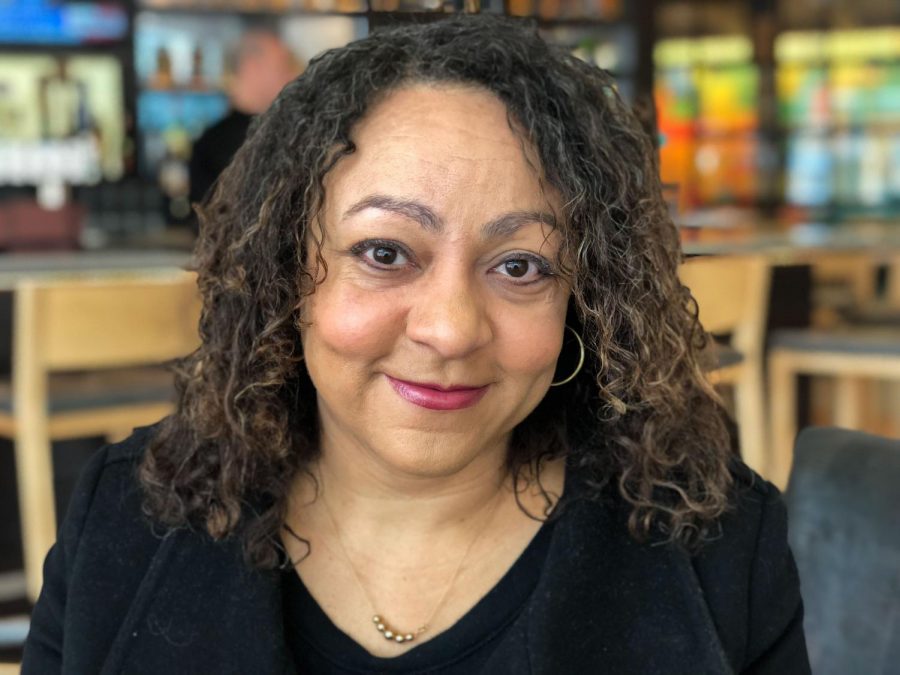 Kirsten Pai Buick has been a professor of Art History at the University of New Mexico since 2001. She focuses on African-American art, western art, and representations of the human body. She has been researching Mary Edmonia Lewis, a sculptor who attended Oberlin College from 1859 to 1863, since 1991 and gave a talk last Thursday about the final years of Lewis’ life. At her talk, Buick discussed some of Oberlin’s historical figures such as Marianne Dascomb, John Mercer Langston, and the Keep family — all of whom had significant impacts on Lewis during her time at Oberlin.

What sparked your interest in Edmonia Lewis specifically?

My interest was sparked because she didn’t — especially in 1991 — have much of a biography, and there’s a problem with biography for those who have ovaries or those who [are people of color]; their biography then becomes the explanation for their work. Particularly if they’ve had a troubled past, their pathologies become the explanation for their work. So if you withdraw biography from an artist [of] color or an artist who has ovaries, then what are you left with? You’re left with the works of art that you then have to deal with on their own terms, much like you deal with a Picasso or a Warhol.

Could you talk a little bit about Edmonia Lewis’ history at Oberlin, and why it’s so important to understand her story today?

Well, when I first started researching Lewis, I was always taken in and kind of charmed by Oberlin’s liberalism in accepting students of color and accepting women. But as I began to dig more deeply into Oberlin’s history, I realized that that liberalism came with conditions and it came with parameters. So women were educated for their sphere — they weren’t allowed to take higher mathematics or rhetoric or public speaking. Women were not supposed to do those things, and so even as they accepted women and even as they accepted people of color, the hierarchies of race and gender were still firmly kept in place.

Why is it important for people to give history to these buildings and to these names?

It’s important to know the history of your own institution. There’s a reason that students at Oberlin come out of the College and Conservatory better prepared than a lot of students coming out from other institutions. And you come out better prepared to present yourselves to the world and it has to do not just with the kind of limitations placed on the earliest students of Oberlin, but [because] institutions go through a learning process themselves. And so over time, the presence of women, the early presence of African Americans, has shaped this institution and been in conversation with the institution, and it’s what makes Oberlin such a gem to this day.We have a dorm named after Marianne Dascomb, but Dascomb — maybe not known to a lot of folks — doesn’t have a good history with Edmonia Lewis. Could you talk a little bit about her experience?

Right, Mary Dascomb really … becomes the main antagonist for Edmonia Lewis in her final year here. Lewis was rejected from the skating club — and then Lewis was accused one year later of stealing art supplies, so Dascomb did not allow her to register for her final term. So because she could not register for her final term, she could not graduate. So Dascomb is really the reason Lewis [left] Oberlin under a full cloud.

We also have a building on campus named after John Mercer Langston. Can you talk about Langston’s relationship with Edmonia Lewis?

John Mercer Langston — who’s the great uncle of Langston Hughes — was [a] lawyer. He was the lawyer whose brilliant defense exonerated Edmonia Lewis [after a poison scandal nearly sent her to prison]. He argued a case of corpus delicti because they hadn’t kept the stool or stomach samples from the white woman who had accused Lewis of poisoning her with wine laced with Spanish fly. And so, he is responsible for getting her off and getting her out of Oberlin.

Lastly, the last building [we] think is important to talk about is the Keep Cottage because the Keep family also had a relationship to Edmonia Lewis. Can you tell us a little bit more about their relationship?

Yes. The Keeps boarded Edmonia Lewis and at the height of the scandal, they did everything in their power to protect her. Even as they were getting pressure from Cleveland and The Cleveland Plain Dealer, they were getting questions about — you know, why are you protecting her? Even from white students at Oberlin, the Keep family protected her for as long as they could and they finally offered her up for arrest in order to save her life. It [took] the authorities so long to move against Lewis that [she] was kidnapped and she was taken to a field and she was beaten and stripped of her clothing. But the mores of the time can’t accommodate reports of actual sexual assault, and so we don’t know if Lewis was raped, but we can assume that she was, even as she could not speak it. And so, the Keeps [offered] her up for arrest in order to save her life, but they were very protective.