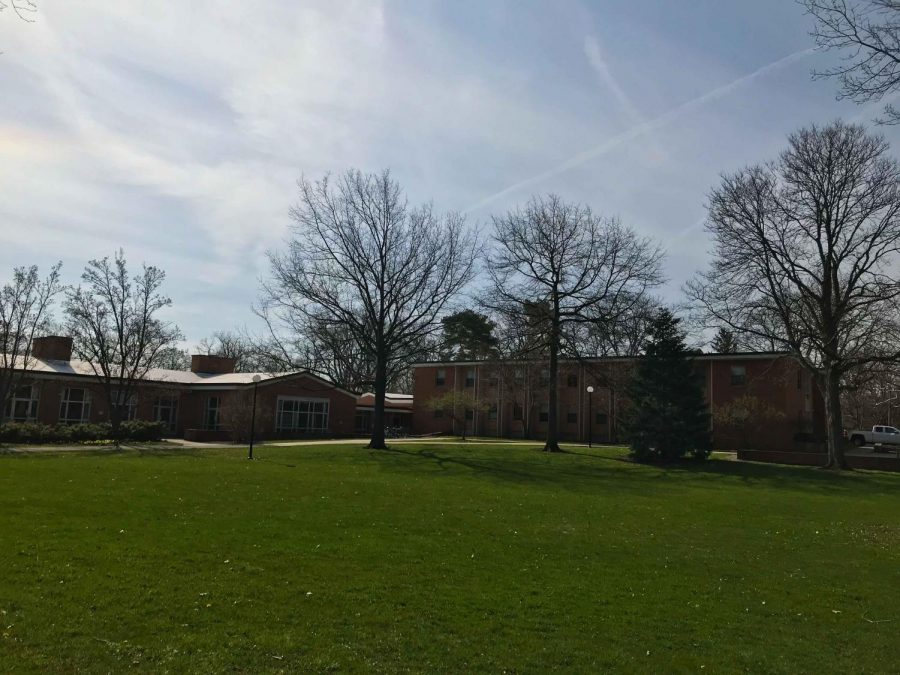 Kade House, one of the 13 dorms on campus that doesn’t have an elevator and isn’t compliant with the American’s With Disabilities Act code.

A group of students concerned with a lack of resources for and advocacy around dis/ability at Oberlin have announced the formation of Obility, a new dis/ability rights student activist group. Having held their first meeting yesterday in Wilder Hall, the group seeks to organize to address the array of challenges the disabled community at Oberlin faces.

While obstacles concerning students with disabilities have always existed at Oberlin, these issues came into the spotlight last fall, when the turbulent departure of the interim Director of the Office of Disability Resources, Isabella Moreno, OC ’94, left the ODR with no remaining full-time personnel.

The Dean of Students Office’s failure to promptly hire a full-time staff sparked criticism from students, who felt that the administration did not do enough to support those students who depend on the ODR for accommodations and other services essential to academic, residential, and other forms of campus accessibility.

“An alarming number of people don’t realize how inaccessible a lot of campus is,” College senior Rita Pérez-Padilla, one of the founding members of the group, wrote in an email to Review. “Given last semester’s crises with the [ODR], we saw an immediate need for students to organize [and] support each other as much as possible since we weren’t being supported by the College.”

Obility emerged from small groups of students who became frustrated with the slow pace of change and lack of resources concerning dis/ability. College junior EmmaLia Mariner wrote a five page document to highlight the ways the College fails dis/abled students.

“I realized that people didn’t know what the problems were in dis/ability resources and I kept having people ask me, ‘What are they doing that they’re not meeting? What are they not doing that they need to be doing to support the students?’” Mariner said. “There’s literally five pages of issues.”

By no means exhaustive, the document draws on multiple experiences dis/abled students have had at Oberlin — some indicating that a lack of resources have forced them to leave the College altogether.

“I’ve had friends who’ve been stuck on the stairs for long amounts of time because they cannot get to their room without using those stairs,” Mariner said. “That makes me so angry that the school will not support our students in that way.”

Students point to the many buildings on campus that are not in compliance with the Americans With Disabilities Act. These buildings, like the Safety and Security Office and Baldwin Cottage, unfairly penalize students who can’t access older buildings.

“If a person who cannot use stairs wants to live in Baldwin, the Women & Trans Collective dorm, they … just can’t,” Pérez-Padilla said. “All the rooms are on the second or third floor.”

According to Pérez-Padilla, the accessibility problems exist beyond simply a lack of ramp access.

“Very few dorms have elevator access or doors that open via push of a button; bathrooms in dorms usually have generic bathroom signs in braille but RAs don’t have a way to put braille indicating gendered bathrooms or door name tags,” she wrote in an email to the Review. “A lot of places on campus have stairs in random places, like Wilder has several bathrooms with stairs in them — which, apart from inaccessibility, is just kind of odd.”

At least 13 dorms — not including co-ops or village housing — do not have elevators. However, since many were built before the ADA was passed in 1990, they remain exempt from the law’s accessibility requirements.

To address accessibility obstacles around campus, last semester students circulated a flyer asking “Were your needs met last semester?” The poster, included directions on how to notify the Ohio Civil Rights Commission if the College failed to provide accommodations. The flyers concluded by stating, “Oberlin must not deny students their rights any longer.”

Additionally, an unidentified person, nicknamed the Braille Vigilante, has been applying braille to college signs since many were installed without it.

Obility aims to consolidate the individual actions students have made to increase accessibility and to facilitate community for students with disabilities who may feel isolated.

“The point of Obility is to bring these students together because not only are we stronger when we can support each other, but also it’s very difficult to [spread information] across campus and make sure that people have information,” Mariner said.

Two of the group’s current priorities are helping to select a permanent ODR Director and increasing the visibility of the dis/abled community on campus. Organizers were also encouraged by the potential return of the Student Accessibility Advocate Program, which was cut for the 2017–2018 academic year. The SAA program, which was previously run through the ODR, paired upperclassmen registered with the office with incoming first-years, helping them navigate the challenges that come with being a disabled student at Oberlin.

Obility also expressed interest in collaborating with other advocacy groups on campus, including the Third World House, the Senate Working Group for Health and Wellness, and Substance-Free Housing. The group will also seek to become a chartered organization by next year.