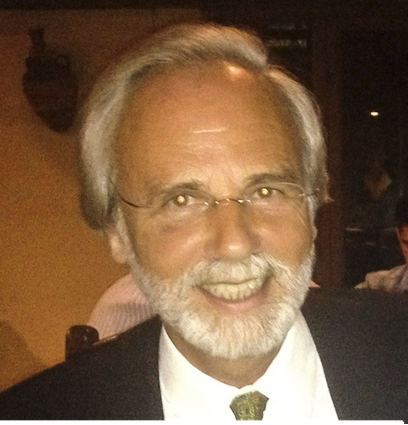 Professor Ilja Luciak is chair of the Political Science department at Virginia Tech University. He is the author of After the Revolution: Gender and Democracy in El Salvador, Nicaragua, and Guatemala and The Sandinista Legacy: Lessons from a Political Economy in Transition. His work been published in several academic journals throughout Europe, North America, and Central America, and he has served as an invited election observer in El Salvador and Nicaragua. His research currently focuses on gender and security politics in El Salvador.

Can you speak a little about your research and how you got involved in the field?

Well, early on, I had been interested in revolutionary movements, and in 1979 there happened to be a revolution. So I decided to write my dissertation about Nicaragua, and was there in the mid-1980s working on my dissertation.

What do you think students should know — or understand — about women’s movements in Central America?

Can you talk about the structure of these movements, and what mobilization and organization looks like within these movements? What are the specific goals? What different groups are involved?

Well, I would say, unfortunately, because we have neoliberal governments in the region, the women’s movement is being used as a substitute for the state, and most of what they do is serve in the areas of healthcare, education, employment, and are very limited in their struggle for really strategic gender interests, such as reproductive rights. They have been effective in terms of integrating women into the workforce and substituting for the state, but they have not been effective at all in combating the state in terms of restricting abortion laws, for example.

Can you speak to the evolution of women’s movements in Central America and what roles they’ve played in politics?

Well, again, the women’s movement started in these women secretariats that existed within the political parties that emerged even before in the guerrilla movements themselves. At the time, these women’s groups were subordinated to the interests of what was in the best interest of the party as defined by an exclusively male leadership. And, in the early years of the women’s movement, the struggle for autonomy meant that women would leave these new political parties, would not militate in these political parties and for that reason, there was little gender equality in these parties that emerged. But, there was a strong women’s movement – that was particularly the case in Nicaragua, where women’s interests during the revolutionary decade had been subordinated to the interests of the revolution. After the revolution was defeated at the ballot box, these women then concentrated their efforts in strengthening the women’s movement. Therefore, in Nicaragua, there is a strong women’s movement, and in El Salvador, women stayed within the FMLN and transformed the FMLN in a gender-friendly political movement.

How do you think these movements will play out in the immediate present and in the future? What steps should be taken in governments in Central America towards gender equality?

I see a lot of challenges ahead because in Nicaragua, you have an authoritarian government that represses women’s rights. In El Salvador, the political struggle is such that women’s rights are often not given the attention that they deserve. And in Guatemala, the women’s movement is — of the three countries — the weakest, so I don’t have a lot of optimism that the women’s movement will make a lot of progress, particularly in defending strategic gender interests.